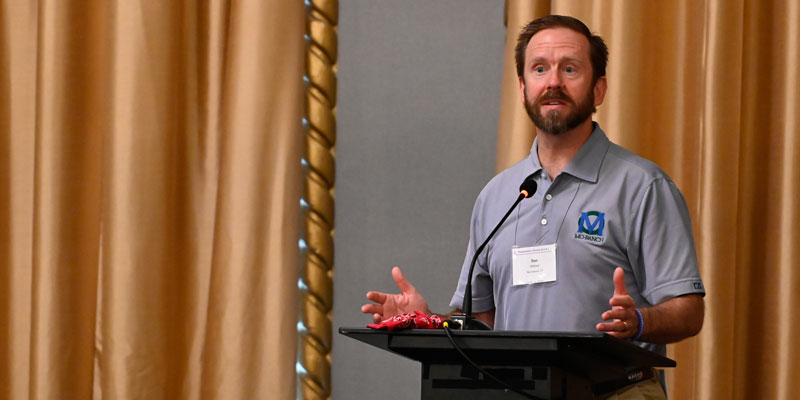 The Rev. Dan Milford invited folks attending Saturday morning’s Compassion, Peace & Justice breakfast at Big Tent to imagine a church with 20-30 children under the age of 12 with no children’s ministry.

It was hard to imagine, he acknowledged. But if that were the case, the church would ask, “what can we do?” and be able to find readily available answers such as Sunday school, vacation Bible school, children’s choir and more.

But, Milford said, it is entirely likely there are churches that do not have any children under 12.

Much less likely are churches that don’t have members dealing with mental health issues. Resources to help those members are harder to come by, though, and the breakfast was the public launch of an effort to address that need.

The 223rdGeneral Assembly in 2018 recognized the need to advance mental health ministries and launched a two-year mental health initiative within the Compassion, Peace & Justice Ministries (CPJ) of the Presbyterian Mission Agency. 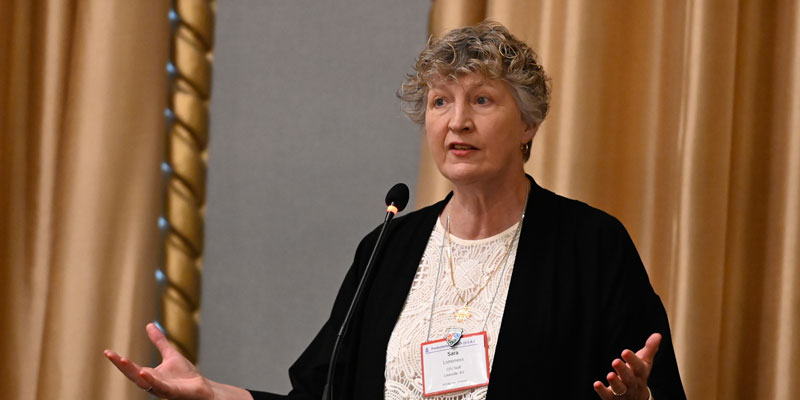 “This is a call to the church,” CPJ director Sara Lisherness said to the sold-out crowd of around 100 people who turned out for the 7 a.m. breakfast.

Donna Miller, in her first public appearance as Associate for Mental Health Ministry, said, “The fact that we are all here speaks to the felt need that seems to be bubbling up across the church for work in this area.”

At the breakfast, she outlined the four components of the initiative and new resources, including a newly launched Mental Health Ministry (MHM) website. 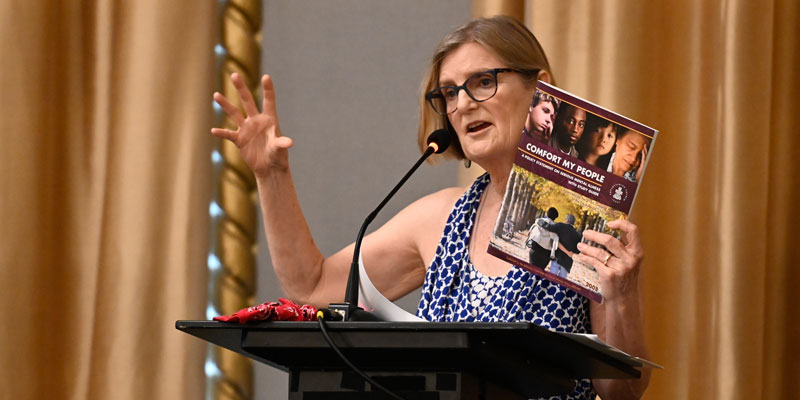 — A $250,000 grant program, which will be available to congregations, mid councils (synods and presbyteries) and seminaries

— A churchwide study which will go out in the fall to pastors, congregations, mid councils, seminaries and individual members

— An update of “Comfort My People: A Policy Paper on Serious Mental Illness,” a Presbyterian policy adopted at the 2008 General Assembly

— The launch of a churchwide network that will be the hub for sharing of models, good ideas, and support.

“It has the potential for living beyond two years, and that is what will carry this across the church,” Miller said. “We bring many different experiences and stories to this table.”

And the initiative comes at a critical time as mental health challenges such as depression, bipolar disorder, post-traumatic stress syndrome, dementia and substance abuse are on the rise.

“We know that in any given year, one out of five of us will have a diagnosable mental health condition,” Miller said. In the last 16 years, she noted, the rate of suicide has increased 30 percent.

That’s what brought Milford, pastor of Covenant Presbyterian Church in San Antonio, to the conversation. Several years ago, his congregation experienced the suicide of a 15-year-old member, and the boy’s father took his own life two years later.

“Maybe we could have helped if we knew what we were doing,” Milford reflected.

About three years ago, Covenant launched a mental health emphasis.

“One thing we can do that doesn’t require spending a dime is start the conversation,” Milford said. “Who knows where the spirit will lead, once that begins?”