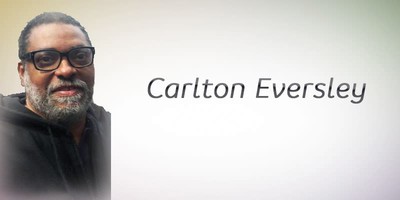 Winston-Salem activists and Presbyterian leaders are mourning the loss of a local Presbyterian pastor. The Reverend Carlton Eversley, pastor of the Dellabrook Presbyterian Church, died on Monday at the age of 62. Eversley, who served the church for more than 35 years, was known locally as a civil rights and education activist, an active leader in the Ministers Conference of Winston-Salem and Vicinity and the Winston-Salem NAACP.

The Brooklyn native was specifically interested in the education of black children in the Winston-Salem/Forsyth County school system. He argued against its neighborhood school-choice plan, saying it would re-segregate the community schools.

“Carl Eversley was a good friend who dedicated his life to showing God’s love to those who have been ostracized, marginalized, and wrongly accused,” said the Reverend Dr. J. Herbert Nelson, II, Stated Clerk of the General Assembly of the Presbyterian Church (U.S.A.). “He not only fought for better education in the black community, but was a strong advocate for equal rights, especially for those that he believed were not treated fairly by the criminal justice system.”

Eversley was involved in efforts to seek the release of two African American men, who many believed were wrongfully convicted of crimes. One of the men served 20 years on a murder charge until he was exonerated in 1984. The man later died by suicide.The second, convicted of assault, was later released after allegations that his trial attorneys failed to present certain evidence that would have resulted in a smaller sentence.

Stephen Scott, transitional general presbyter with the Presbytery of Salem, said Eversley was an “oversized figure” in the presbytery.

“The conscience of our presbytery, he spoke in the prophetic mode, like Amos, like Jeremiah, like Martin Luther King Jr. In a majority white presbytery, he never let us get away with thinking in one size fits all terms, and he kept before us the voice of a minority that knows oppression,” Scott said. “Last year, he was a leader in an initiative that led Salem to endorse principles of the Black Lives Matter movement and to make a new commitment to fighting racial injustice. We grieve his death and our loss.”

“His contributions to the Winston-Salem community and beyond will be long felt. He was a dynamic teacher, preacher, and pastor who cared deeply for God’s people,” she said. “He spent many hours and days advocating for justice on behalf of African Americans and other marginalized people. He will be deeply missed.”

Local leaders praised Eversley for his efforts to encourage young people to register and vote.