Home News In a time of pain and suffering, Co-Moderators offer 'Good Medicine'

In a time of pain and suffering, Co-Moderators offer 'Good Medicine'

For nearly four months now, Ruling Elder Elona Street-Stewart and the Reverend Gregory Bentley have been adjusting to a new way to be Co-Moderators of the 224th General Assembly (2020). As the pandemic continues to rage on across the country, the two have been engaging with presbyteries and congregations via Zoom versus in-person meetings.

With no end in sight for the pandemic, the two have decided to use digital technology to reach out to the Presbyterian Church (U.S.A.). On Wednesday, October 14, the Co-Moderators will be launching a new online conversation called “Good Medicine.” It will be broadcast live on Facebook on the 224th General Assembly (2020) Co-Moderators’ page.

The two say most of their conversations over the last few months have centered on their election and General Assembly processes. Through this monthly broadcast, they hope to widen the conversation.

“Gregory and I wanted to bring good news about the future of the church. In this time of the COVID-19 virus as well as centuries of racism, our message shouldn’t just be about getting elected to the General Assembly,” said Street-Stewart. “We were called to serve the church and be a witness to where the church needs to go in these times.” 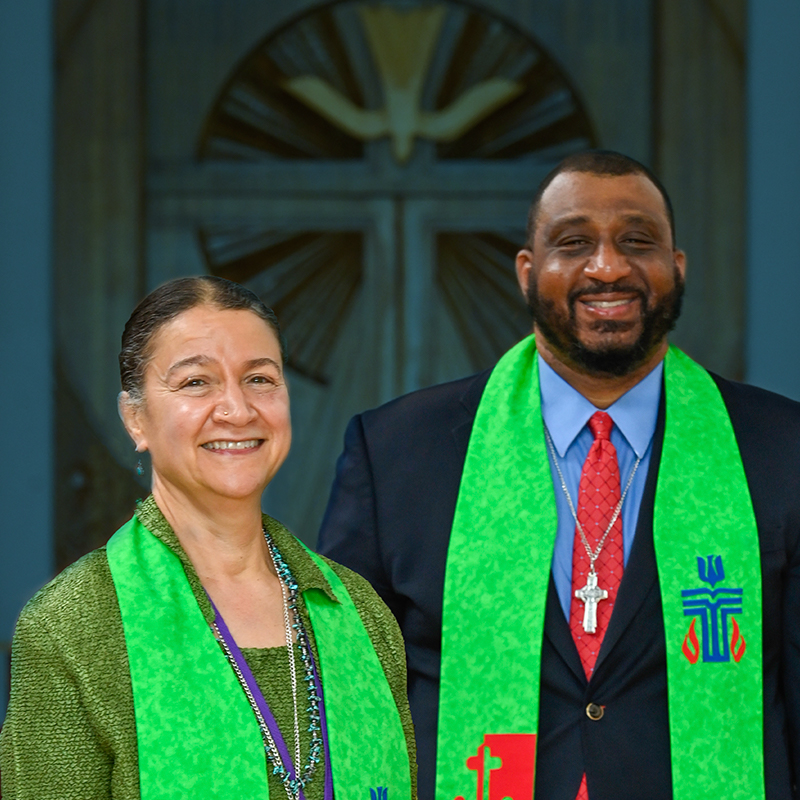 “You had FDR in a time of great crisis, tapping down the anxiety of the nation and saying everything is going to be all right, that we would get through this,” said Bentley. “Even the setting of those chats was about turning the temperature down and giving good medicine to turn down the anxiety.”

Both say the concept for “Good Medicine” goes back generations.

“Indigenous and African communities showed us how good medicine birthed and shaped us. In the past, they were demonized because it didn’t fit western paradigms,” said Bentley. “We want to unashamedly offer this for the healing, not only for the church, but for the world. Part of what we do, as Sankofa suggests, is to go back and rediscover indigenous ways of being in the world, that unleashes good medicine in our lives and helps us to be well and to thrive.”

The two say they want the new program to tackle big issues and try to facilitate a shift in consciousness, helping the church to see things differently. They also plan to use the first program to announce a new book study program.

“There are so many ideas that are being generated for conversation, including things like Indigenous People Day or others. In the last few weeks, Native people in the Presbyterian church have become quite visible,” said Street-Stewart. “This could be a phenomenal way for the most invisible people in the church, the original people who were evangelized here, to have higher visibility.”

“When you have a body that is in crisis, the remedy often comes from the margins,” said Bentley. “It comes from those whose voices have been silenced or dismissed and just acknowledging their work. I think it would help lift up the importance of good medicine.”