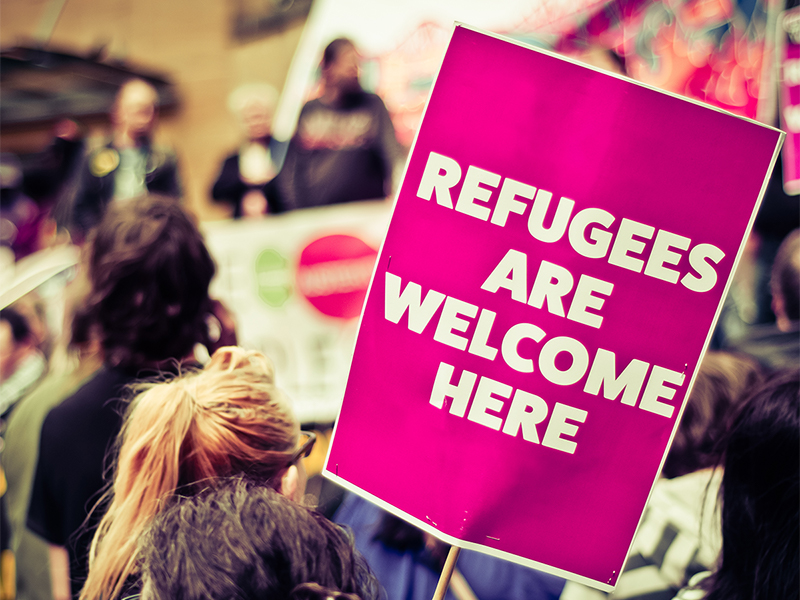 A number of faith leaders, including the Reverend Dr. J. Herbert Nelson, II, say they are outraged by President Donald Trump’s proposal to lower refugee admissions next year to 15,000. The president outlined his goal in a report to Congress last week.

The Stated Clerk of the General Assembly of the Presbyterian Church (U.S.A.) joined other faith leaders in their criticism saying the president violated U.S. law by not consulting with Congress on its refugee admissions goal before the start of the new fiscal year that began Oct. 1.

In a press release from the Interfaith Immigration Coalition, faith leaders urged Congress to hold the administration accountable by holding “meaningful consultations in good faith” and substantially increasing the proposed refugee admissions goal to 95,000, which has been the average number in the past.

“What is the value of just one life? To God, we are all members of the precious Creation. Therefore, God calls us to be beacons of light in this world. As a church who has participated in refugee resettlement for decades, we understand that ministries involved in resettlement are an extension of God’s mercy, justice, and love,” said Nelson. “Our siblings clamor for justice, and how do we respond? Let us not live out of fear but out of the abundance God has offered.”

Nelson said the nation should not give into rhetoric that strives to stronghold the walls of hostility and division that were torn down by Christ’s reconciling love.

“We must seek ways to find justice in the ‘halls of power’ as God works through all of us to transform a broken world,” he said. “Let us work to keep refugee resettlement a strong and robust response to our broken world. Justice-making is God’s light shining.”

Approximately 55 national, faith-based organizations make up the Interfaith Immigration Coalition, which works to protect the rights, dignity, and safety of all refugees and migrants.

Find out more about refugees, refugee resettlement, and advocacy asks at:

For more information on immigration issues and how the PC(USA) is responding, click here.