Home News Having fun and geeking out

Having fun and geeking out 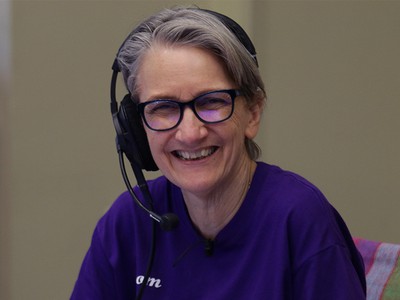 The Rev. Tricia Dykers-Koenig served as parliamentarian during the 224th General Assembly (2020). —Photo by Randy Hobson

Leave it to nearly 200 Presbyterian mid council moderators and vice moderators to have a good time while honing their parliamentary procedure skills.

The Rev. Tricia Dykers-Koenig, associate director for Mid Council Relations in the Office of the General Assembly who lent her considerable parliamentary skills to the 224th General Assembly (2020), designed Friday’s training to give the mid council moderators real world scenarios, which they discussed in small groups, and three fun pop quizzes, which they answered online.

In between the trivia questions, moderators discussed scenarios that could or actually have happened. In one, a member of the body wants to reconsider an item that’s been defeated after many people have left the meeting. In another, moderators were asked how to docket an item they know will be controversial.

In their comments following the training session, moderators did not hide their enthusiasm.

“This has been the BEST presentation thus far,” said one. “It has been the most relevant, interactive and fun. Kudos, Tricia.”

And this, from the Co-Moderator of the 224th General Assembly (2020), the Rev. Gregory Bentley: “Great activity and great facilitation.”