As immigration status hangs in the balance, family makes masks for those on the street 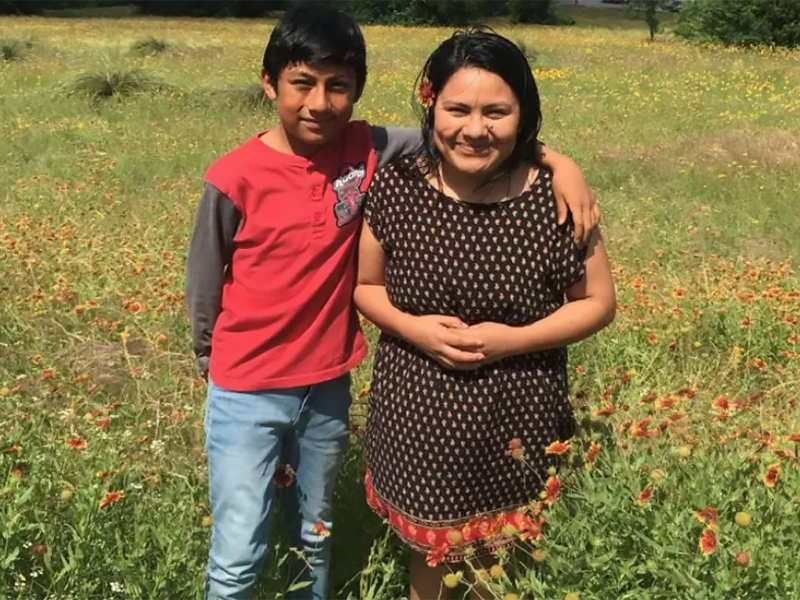 Hilda and Ivan left Guatemala for a better life in the U.S. They’ve spent the past four years in sanctuary. Photo by Lynn Cervini.

More than 1,500 days. That’s how long Hilda and her fourteen-year-old son, Ivan, have been living in sanctuary in Austin, Texas. The family arrived at the U.S. border from Guatemala in 2014 hoping to start a new life, but it didn’t work out that way.

The two spent eleven months living in a detention facility. For the last four years, mother and son have been living in sanctuary at St. Andrew’s Presbyterian Church in Austin in fear of deportation. The congregation of 350 has made the care of this small family its mission.

“The people of our church see Hilda and Ivan as part of their family. They love them and it pains us to see them in pain. We want to do whatever we can to help them to be free and be happy and to have all of the human rights they deserve,” said Lynn Cervini, church member. “The care team is in charge of getting them food and the things they need.

“They’re among a group of families that don’t have any relatives in the U.S. They were welcomed in the community, so they stayed in Austin,” said Mohammad Abdollahi, a family advocate. “Unfortunately, for this family, Ivan has had to live nearly half of his life in this setting.”

The COVID-19 pandemic has complicated matters even more. Ivan can no longer attend school and in-person worship is postponed. Now the two remain in the church with little person-to-person contact.

“I’m afraid someone from the church might have the virus and we could come in contact with it and might not be able to go to a doctor,” said Hilda.

Cervini says the pandemic has made it more difficult for the church to connect with the two. 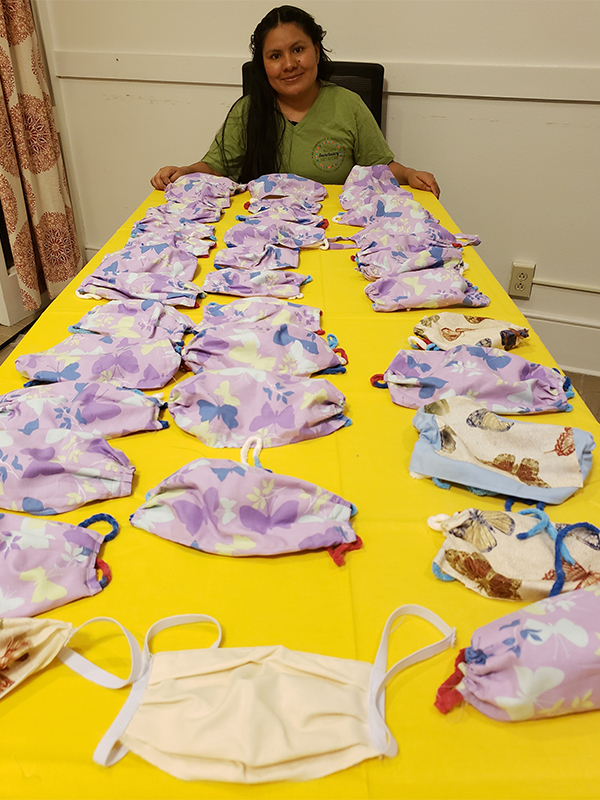 Hilda has been making masks for people living on the streets in Austin, Texas, to help protect them from the COVID-19 virus. Photo by her son, Ivan.

“It’s made it hard because so many of our members are older and there are people that were delivering groceries and now they can’t do that because they can’t go out. It’s hard to make sure they are eating correctly. People were taking them to the doctors and now it’s not possible with everyone in quarantine,” she said. “Ivan used to go to soccer games and now is stuck in church and doesn’t have friends to spend time with. I think there’s a bit of depression that sets in when you have no contact with human beings and a kid who is used to being in school and playing with friends.”

Hilda and Ivan say they are trying to make the best of the situation by giving back.

While Hilda and Ivan make the best of their situation, their church is working with a group called, Austin Sanctuary Network, to secure their freedom.

Since the COVID-19 virus can easily be spread through detention facilities, Abdollahi says legal efforts are being made to grant a stay for Hilda and Ivan to prevent them from being taken into custody when the pandemic is over. They are also seeking assistance from the Texas congressional delegation.

Despite spending half of his life in some form of sanctuary, Ivan still has hopes for his future.

“At first, I wanted to be a doctor, but I don’t know now. I also want to be a soccer player, but I need another career in case something happens,” he said. “I kind of find it hard to believe I’m going to have a house or go to my house instead of going into a church to live.”

“She needs people to believe in her and we believe her case is one that fell through the cracks and there are so many broken parts of the system,” said Abdollahi. “These families are a priority, yet it’s hard to have hope right now.”

Ivan says they simply want their freedom to live as everyone else. “If people want to help us, they have to trust and believe in us.”

“So many have been made vulnerable in this pandemic but for those who were vulnerable already, like Hilda and Ivan, their risk and isolation has reached a whole new level,” said Teresa Waggener, with the PC(USA)’s Office of Immigration Issues. “The way that they are operating in these times; still looking for hope, seeing themselves in the stories of other at-risk populations like those who are homeless and finding ways to continue to reach out, is humbling and inspiring.”