The Supreme Court’s 5-4 decision Thursday to block President Donald Trump’s efforts to end Deferred Action for Childhood Arrivals (DACA) is being described as a victory by the Stated Clerk of the General Assembly of the Presbyterian Church (U.S.A.) The program, started under President Barack Obama’s administration, protects from deportation hundreds of thousands of immigrants who came to this country as children.

“It is in these pivotal moments that we see God’s justice expressed through landmark decisions. This win is the ultimate reflection of courageous and righteous work of DACA recipients and the community that loves and respects them,” said the Reverend Dr. J. Herbert Nelson, II. “We celebrate this good news.”

Nelson says that together with its partners, the PC(USA) has played a part in supporting the immigrant youth and young adults who stood on the front lines and led this fight, adding that their “strength and endurance” were key elements in this movement. The denomination, following the recommendation of the Advisory Committee on Litigation, participated as a friend of the court in support of DACA recipients in this case.

The PC(USA) and many DACA advocates aren’t the only ones celebrating the news today. Giovanni Pajow was born in Indonesia. His parents came to the U.S. to start a new life in 1997. Pajow and his brother remained behind with their grandparents until their parents got settled. Three years later, accompanied by their grandparents, the boys were reunited with their parents in New Hampshire. 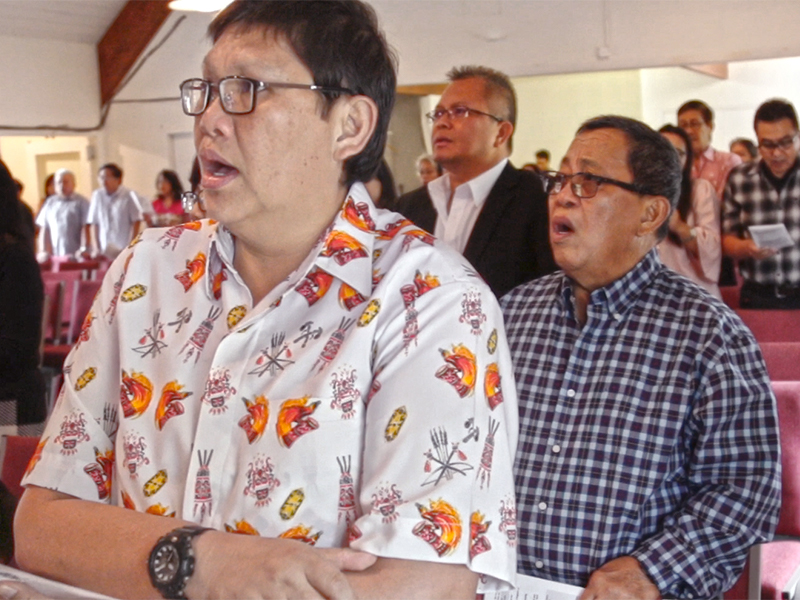 “I was 10 when I came here in the sixth grade. I went through the school system, made a lot of friends — in fact, I have more friends here than back in Indonesia,” he said. “I met my future wife, who is also Indonesian, and we married in 2015. We decided to focus on family and moved back to New Hampshire from New Jersey to find a better living.”

“We had big plans. We were trying to make our next steps, thinking about getting a house and had saved money and were going to buy in a couple of years. Then the decision on DACA came and we had to readjust our plans a little. It put our plans up in the air,” he said. “We kept talking and staying the course and saving up. Whether DACA comes back or not, we now have the money to invest here or back in Indonesia.”

The relationship with the local church has been very important to the Pajows. The family of four live in Portsmouth, New Hampshire, and attend Marturia Presbyterian Church, an Indonesian congregation that has approximately 15 DACA recipients.

“This is a place where we can share our struggles and information on how to get through it and other avenues we could pursue to plan ahead,” Pajow said. “They have been very supportive. We know that whether we are here or in Indonesia, God will take care of us.”

With Father’s Day just a few days away, Pajow is optimistic with the Supreme Court decision. He and his wife say they are close to seeing their dream of buying a house become a reality.

“We have a second-floor apartment and the oldest child is four and loves to run around and make a lot of noise,” he said. “We’re ready to proceed toward purchasing a home. I am very happy now and can build a future for my kids. We want the kids to grow up here.”

Nelson says the news out of Washington is good, but more needs to be done.

“Thursday’s decision by the Supreme Court is an important step, but now we must be called to the work of urging members of Congress to find a permanent solution for these young people and their families,” Nelson said. “It is the right thing to do. It is the faithful thing to do.”

Click here to find out more about DACA. Learn more about the church’s advocacy work here. Find out about the Dream Act here.