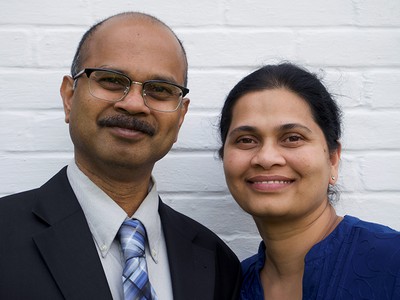 The 224th General Assembly (2020) of the Presbyterian Church (U.S.A.) will have a number of firsts later this month. Everything connected to the shortened assembly will be online, including Bible study.

Earlier this year, the Co-Moderators of the 223rd General Assembly (2018) of the PC(USA) selected James Elisha Taneti and Mary Florence Taneti as Bible study leaders. At the time, no one knew how the COVID-19 virus would drastically change everything about the assembly.

“When thinking about the possibility of a digital General Assembly, Cindy and I felt strongly that, like the worship experiences, the opportunity for Bible study should be offered as part of the official assembly activities. As Presbyterians, we value the study of scripture as a vital spiritual practice as we engage in the words that speak to and nurture our spirits and lives,” said Ruling Elder Vilmarie Cintrón-Olivieri, Co-Moderator of the 223rd General Assembly along with the Rev. Cindy Kohlmann. “The Bible Study is meant to be such a moment: an opportunity for commissioners and delegates, as well as the church at large, to reflect on the passage that serves as a basis to the assembly and as they prepare for the business meetings happening a couple of days later.”

The Tanetis say they have been working hard to pull together a study time that will be impactful for everyone who watches.

James Taneti says the online format will take a little getting used to.

“I will admit that I’m a dinosaur. I liked the idea of being amongst them personally, looking into their eyes as we discussed this scripture,” he said. “Mary, on the other hand, is happy. She’s not used to facing more than 800 people. She mostly works with youth and children, in small groups.”

“We rejoice in having both James and Mary Taneti lead the study session. With their ministries encompassing the theological education world from the local congregation to the seminary, Mary and James bring their combined experiences and voices as church leaders, pastors, Christian educators, seminary professors, and parents to the development of the lesson and accompanying resources,” Kohlmann said. “We are grateful for the gift Mary and James are to the PC(USA).”

While Taneti is disappointed that he won’t have the personal connection during the Bible study, he is hopeful it will make a difference for those who participate.

“I see this online General Assembly as an opportunity. I believe a lot of concern and anxiety will go away when people realize what God is doing in the present context,” he said. “This is an opportunity for people beyond the PC(USA) to watch and learn from us.”

The 224th General Assembly (2020) will take place over several days this month. In addition to Bible study, other special events are planned, including the Poor People’s Campaign event on Saturday, June 20, at 10 a.m., and the Hands and Feet Youth Rising event on Tuesday, June 23, at 3 p.m. Plenary sessions are scheduled on June 19, 26, and 27. Click here to learn more.