Home News Historic 224th General Assembly (2020) of the Presbyterian Church (U.S.A.) is in the books

Historic 224th General Assembly (2020) of the Presbyterian Church (U.S.A.) is in the books 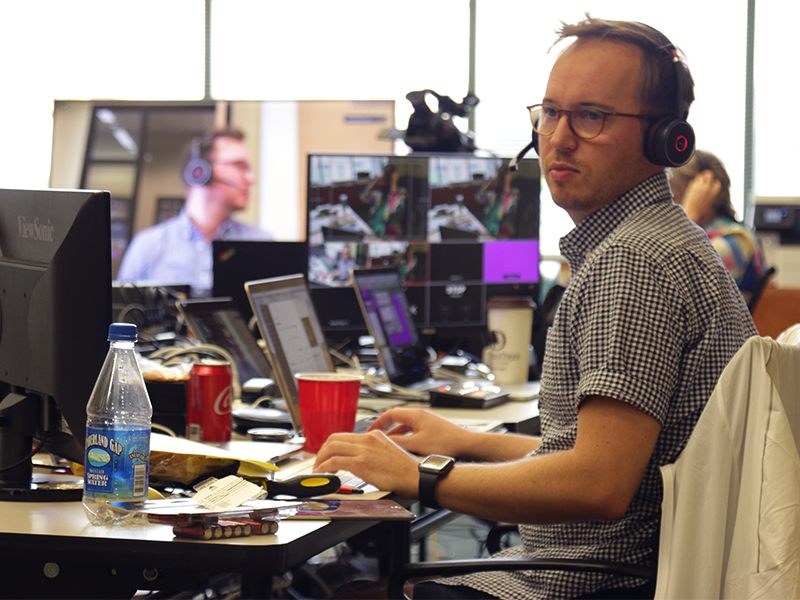 Nathan Young produced the online General Assembly. The team ran the entire event in a large conference room at the Presbyterian Center. Photo by Randy Hobson.

For two weeks now, a key group of leaders, technicians, and individuals with a long track record of working behind the scenes of the General Assembly have been gathered in a large conference room at the Presbyterian Center to bring an online assembly gathering to life for the first time.

Countless laptops, extension cords, monitors, and cameras have covered the room while the production team, practicing social distancing, pulled together a four-day assembly.

As the 224th General Assembly (2020) came to a close on Saturday night, cheers and applause broke out among the team assembled on the second floor of the Presbyterian Center.

None was happier than the Reverend Dr. J. Herbert Nelson, II, Stated Clerk of the General Assembly of the PC(USA). He said the outcome of this assembly would help map the strategy for future gatherings.

“This was a groundbreaking opportunity for us and I’m thankful for the staff for putting together a significant General Assembly that will change the trajectory of our work and move us into the 21st century in many ways,” he said. “This is a time of technology and we have to enter that world and figure out how to move in a different direction.” 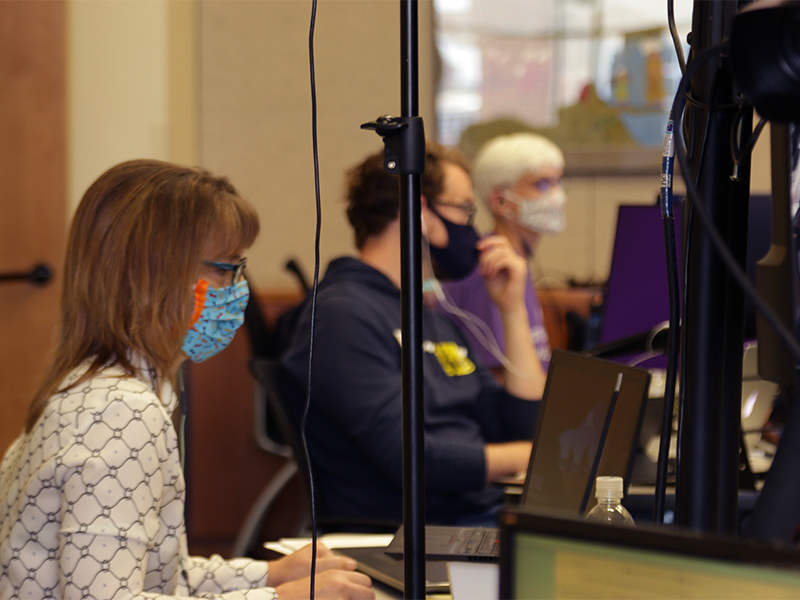 Julia Henderson, interim director of assembly operations, worked with staff to pull together the online assembly in two months. Photo by Randy Hobson.

The Co-Moderators of the 224th General Assembly (2020), the Reverend Gregory Bentley and Ruling Elder Elona Street-Stewart, drove five and 11 hours, respectively, last week to take part in training and orientation. Bentley says it was worth it.

“It gives me great hope that we are headed in the right direction. It doesn’t mean we won’t have turbulence along the way and some challenges, but Elona and I both feel we are not dying, we are being reformed, retooled, and refocused for the journey ahead,” he said. “We were given the option of doing this from our homes, but we both felt we needed to be here because there’s so much support you need. It would have been a much bigger challenge at home instead of being here.”

“I understand the depth of the work to be done, but I know we have been blessed by being able to be the church that Christ has called us to be as Presbyterians,” said Street-Stewart. “It was a great event, and I’m excited that, in my senior years, I also get to say the word of God, bringing life to people and I want to be a part of that.”

When Julia Henderson was named interim director of assembly operations for the Office of the General Assembly last October, planning the denomination’s first online gathering was not what she had in mind.

“This assembly exceeded all of our expectations. We expected there would be a few hiccups along the way, but we rejoice in the work of the team and how we were able to seamlessly pull this thing off. We had new Co-Moderators that made our work easy as did our former Co-Moderators (Ruling Elder Vilmarie Cintrón-Olivieri and the Rev. Cindy Kohlmann),” she said. “We were a team that trusted each other and talked with each other and if there was a problem, we could quickly fix it. I can’t think of a better group of people to work with.” 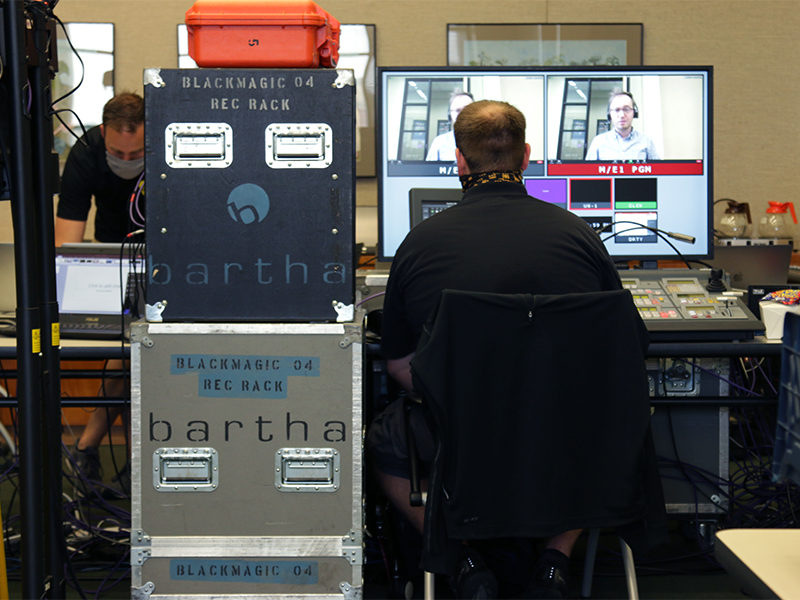 Tech crews were scattered across a couple of floors at the Presbyterian Center for the 224th General Assembly (2020). Photo by Randy Hobson.

Nathan Young served as producer for the 224th General Assembly (2020).

“Even though we did this in two months, we did so much prep work in advance. We didn’t reinvent the wheel, we just took technology and tooled it for what we needed,” he said. “We looked at so many platforms to do audio and video and Zoom is so ubiquitous now, and we needed something that people know.”

Young, who has worked six General Assemblies, said it would not have been possible without a good team.

“We’ve never had a team like this to work with before,” he said. “The size of the team and the way we all connected together was great. Everyone was so cohesive and we trusted each other like nobody’s business.”

Young says the church will always have some larger technological piece to future assemblies. “Now that we know we can do it, we have to keep doing something like this.”