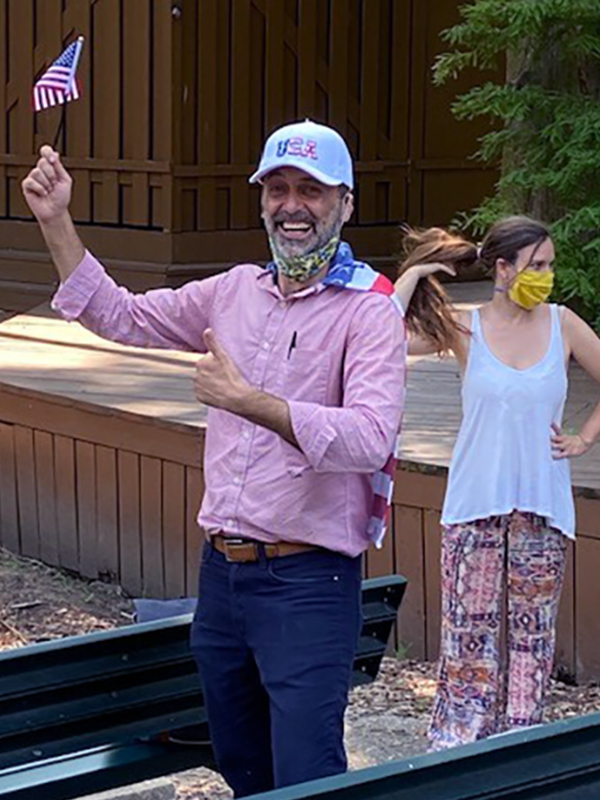 The sun was bright on a recent Wednesday morning as nearly two dozen staff members with the Office of the General Assembly gathered at a Louisville park for a celebration. Vicente Guna, OGA’s manager of technologies, celebrated his first day as a U.S. citizen.

Guna was one of the key behind-the-scenes people for the 224th General Assembly (2020) that was held online last month at the Presbyterian Center in Louisville. At the conclusion of the assembly, the Reverend Dr. J. Herbert Nelson, II, Stated Clerk of the General Assembly of the Presbyterian Church (U.S.A.), called Guna to the broadcast center of the assembly to express appreciation for his work and recognition on soon becoming a U.S. citizen.

Guna was born and raised in downtown Valencia, Spain, the youngest of three siblings. With an interest in geosciences, he went to college in Valencia, studying Surveying and Mapping, and did his thesis in Gävle, Sweden. He then received his master’s degree in Geodesy and Cartography back in Valencia.

The co-founder of a couple of startup companies, Guna focused on the application of new technologies for water and environmental projects, mostly related to renewable energies, flood mapping, prevention, and forecasting.

“Because of my work, I traveled quite a lot around Europe, and later on around other areas like South America,” he said. “I met Ariel, my wife, in Brazil, and after a while of long distance relationship and back and forth travels, we decided to get married and establish ourselves in Louisville where she was working towards her degree in Marriage and Family Therapy at the Louisville Presbyterian Theological Seminary.”

“My initial authorizations came in early 2014, so I have never had any complaint about the length or complexity of the process, even though every step of the way is tedious, slow, and somewhat painful,” he said. “I believe that I was one of the privileged foreign citizens that have it easier than others due to the European passport that I held.”

Guna says the entire process is designed to make a person feel like they are a “different kind of human being,” with fewer rights because of the nature of their legal situation. 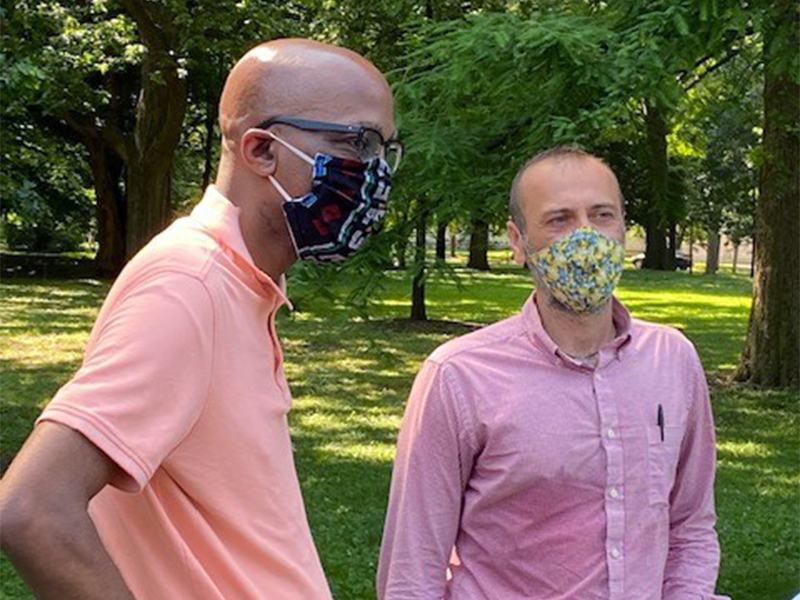 “Forms and officers make it very clear at every step of the process that you are not equal, and that you are working towards gaining a great privilege. And to make it worse, there has been a very significant increase in anxiety for what could come next in recent years,” he said. “When I had my second child and finished building our house, it was clear to me that I needed to start the naturalization process to minimize the fear of losing family and community due to completely unexpected circumstances.”

Once approved to find work, Guna was hired by the Office of the General Assembly and says he found support from his co-workers in his efforts to gain U.S. citizenship.

“I did not know much about it when I started working here, but then I had the tremendous privilege of working with the Office of Immigration Issues in several projects, and learning more about the history of PC(USA) policies related to immigration,” he said. “It was humbling for me to learn that Presbyterians have been working on these issues for many years, on different historical moments, always focusing in the communities that are at higher risk of exclusion or discrimination.”

Guna also says he found community at a small Presbyterian church in Louisville that was at high risk of being dissolved. “They welcomed me with open arms, and I had the chance to meet other local and foreign folks who made me feel like a part of their small community.”

At the closing of the online General Assembly, Guna remembers being called to the main conference room where the assembly was staged with the Stated Clerk and Co-Moderators. 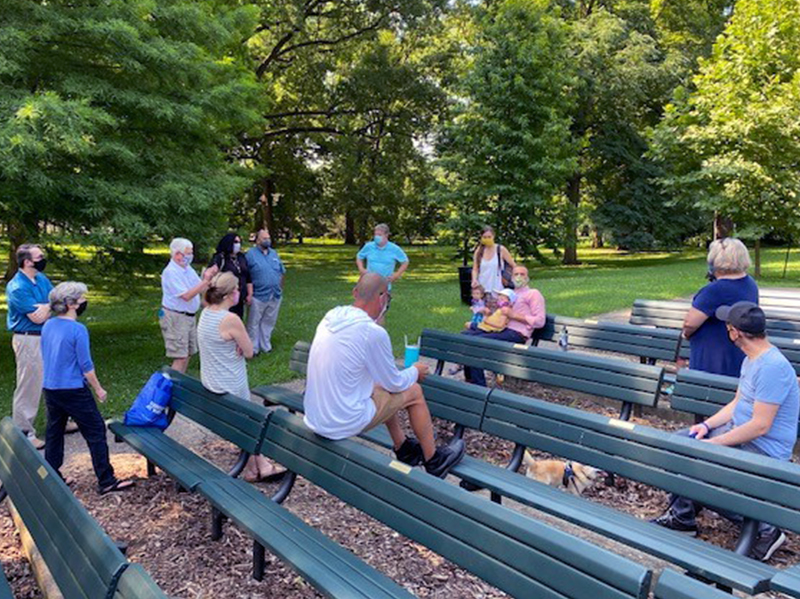 A number of OGA employees joined Vicente Guna and his family in a Louisville area park to celebrate. Photo by Rick Jones

“I had no idea of what was going on. I was by then totally exhausted, very short of gas, and knew that the job was mainly done, so I didn’t give it much thought. It all happened so fast. I heard he called me from my position backstage, and I was just so confused, but decided to run down and then somehow a microphone appeared in my hand and here I was,” he said. “It was a very nice gesture and I appreciate so much all of those who teased me to make this happen, and the Stated Clerk’s excitement. You do not get recognized by the General Assembly every day, so it was a great honor for me. And I am so thankful to all of those who made this GA happen.”

Guna says he felt a “huge relief” when he learned that he would soon become a U.S. citizen.

“I am not sure if everybody realizes that I was welcomed here many years ago, and that I have been a part of the community of Presbyterians, your neighbor in Louisville, and now your neighbor in rural Kentucky for all those years,” he said. “I have made so many good friends, felt like a family member, made a new life, tried to do my part as a community member during all this time, and all of that without the need of having a new paper that says that I am now a citizen with — almost — equal rights than my American-born siblings.”

For those seeking that citizenship and acknowledgement, Guna says don’t lose hope.

“Take it one step at a time, and do not let anxiety get in the way,” he said. “Work towards it. Fulfill all legal requirements, so when you make it, you can join us in the effort of changing this broken system and standing up for those who are still in very dire situations just because they don’t have a path to that piece of paper that you will hopefully get.”