Many lean on support from the church to make it

The stories of hardship brought on by the COVID-19 pandemic continue to be heard and felt throughout the U.S. It has also brought on a new level of stress for international students already faced with concerns around President Donald Trump’s stance on immigration.

In early July, the U.S. Immigration and Customs Enforcement agency released a new policy, reversing a March decision that allowed international students to remain in the U.S. and attend online classes during the pandemic. Though COVID-19 was far from contained and many seminaries and universities had plans to offer classes only remotely, the new policy stated that international students would need to leave the U.S. if all courses were taken online. The agency provided less than 20 days for educational institutions to report their plans. Fortunately, the policy was rescinded but not before causing great stress to students and staff at educational institutions.

Teresa Waggener, staff attorney for the PC(USA) Office of Immigration Issues, contacted denomination affiliated seminaries asking about the international students, how they planned to move forward, and the church’s desire to be supportive. 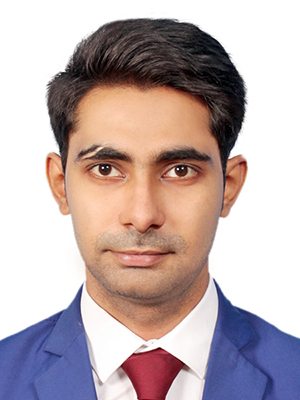 “Students were afraid that all the effort they had placed in their studies here would be lost. Many were afraid that they would become undocumented because losing status meant they needed to leave but flights to their homes were not available due to COVID-19,” Waggener said. “Seminaries and sponsors were walking with them and supporting them and taking action to alter this new policy which posed a direct threat to their call to ministry.”

Three students currently attending the Louisville Presbyterian Theological Seminary in Louisville, Kentucky, are finding ways to meet their goals despite the obstacles and uncertainties.

Aqil Javid, of Pakistan, came from a very strong Christian family. His great grandfather was a Sikh, as were all of his children.

“When my grandfather was young, he dreamed that he was walking alone in the jungle. When he reached a certain point, he heard a voice stating that he needed to read the Bible and it changed his life,” he said. “From that day forward, he started reading the Bible and, along with my grandmother, became Christian.”

Javid says both his grandfather and father became very active in the church with his father serving as vice moderator for the Presbyterian Church of Pakistan.

A Presbyterian by birth, Javid started his journey as a Sunday school teacher, teaching melodies and prayers to children. He says he enjoyed sharing the stories from the Bible as they are “the future of our community.”

“I started sharing the message with my community in Good Friday’s service and have continued this work five years,” he said. “I started a youth group again in our church and they nominated me as their president. In our youth activities, I arranged a small weekly session where we teach Bible studies to our adults and children and share a brief message to them on different topics and have been doing it till now.”

Javid says he was drawn to ministry full-time to reach people in the villages who do not get exposure to the Bible.

“We started schools in different villages where we teach children and adults how to read the Bible. I have been practicing this for the last four years now,” he said.

Javid is enrolled to start in the MDiv program this fall semester at Louisville Seminary to prepare him to serve in a more meaningful capacity. However, the U.S. consulate in Pakistan is behind schedule after limiting non-U.S. citizen services during the pandemic, so his visa appointment isn’t until October.

“All of the institutions and test centers were closed when the virus first broke out. After that, the bank closed. It was really hard for me to get the money and the required documents and share them with the seminary,” he said. “At last, I didn’t receive the visa appointment date within the required time. However, the seminary has been very helpful and cooperative during this pandemic. They have facilitated me in every way possible for my admission. I am very thankful to them for making this possible for me in such a hard time.”

Javid credits his mentor and sponsor, the Reverend Dr. Majid Abel, for help during this time. Abel is a graduate of the Louisville seminary.

“He helped me to complete all the requirements within the given time as well as provide me with the required documents and funds in such a difficult situation. It was not an easy task,” he said. “This would not have been possible without his help and efforts.”

For now, Javid says it’s a waiting game. His next visa appointment is scheduled for Oct. 8. He adds that it would be hard for him to continue his studies while staying in Pakistan. As a result, he will be seeking to have his seminary admission deferred until next year and will try to apply for the visa again.

“The Presbyterian Church (U.S.A.) has already helped me a lot in finding the right path in my life and has encouraged me to follow it,” he said. 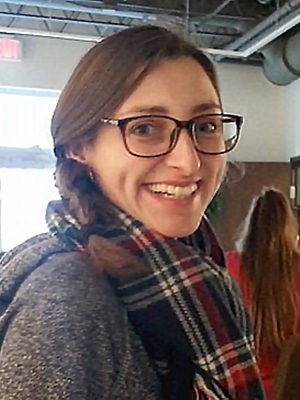 Verena Schmidt came to this country 10 years ago to get a master’s degree in social work at the University of Louisville, with a focus on the Marriage and Family Therapy program. The German national is currently finishing up a doctoral program in social work at the university and she offered her thoughts as she prepares to defend her dissertation.

“I hope to work as a therapist as well as teach on the side at the university,” she said. “However, my options are limited as a student because I can only get jobs on campus.”

This is a requirement for Schmidt to maintain her student visa status. Thousands of international students enrich their higher educational learning environments by providing unique experience and expertise.

The pandemic has had an impact on Schmidt’s options as well as others who face the same challenges.

“I’ve had friends who have had to deal with this,” she said. “Many have been offered jobs, but since the program is suspended because of COVID-19, they can’t take the job.”

For an individual who may need to adjust from one immigration status to another, employment is often key. Without a job, many can fall out of status.

Schmidt says being in community has helped them stay positive. She also credits the PC(USA) for its encouragement.

Samuel Asiedu is a pastor in the Presbyterian Church of Ghana. He will be starting his second year of MDiv studies this fall term at Louisville Seminary. His wife and four children remain in Ghana as he completes his studies.

“I must say that though I was a child of the manse, I was not a devoted Christian until I started working with World Vision Ghana in 1999 as a mechanical engineer after my first degree,” he said. “As a young man working with a good salary, I started messing up my life. One night when I was coming home after having fun with my friends, an unknown voice came strongly to me saying, ‘a pastor’s son and look at your behavior, you will see.’”

Asiedu says he went through some turbulent times in his life after that until he felt God calling him into ministry.

Upon completion of studies in 2014, Asiedu says he realized that he still needed to do more to have a deeper understanding of theology.

“I said to myself I have stayed and been schooled in Ghana all my life. Why not look for school outside Ghana to taste other cultures? So, I searched for seminaries outside Ghana that could offer me scholarships,” he said. “Louisville Seminary was the first to come to mind because my father also attended here for his MA in 1986/7. I knew of the seminary already and went to the website to find more about it; then I applied.” 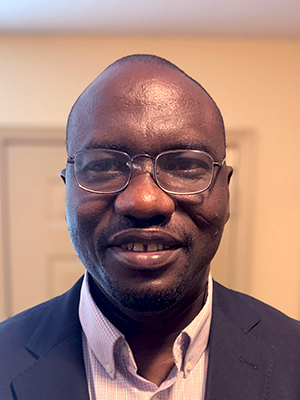 During his time in Louisville, Asiedu has stayed connected with his family. The pandemic, however, has raised anxiety levels.

“The panic of lockdown has caused me to organize more funds to buy more foodstuffs for storage here and my family in Ghana while we were being quarantined. There is a feeling of loneliness and it has brought a lot of stress to me. And above all is the dwindling in my financial inflows due to the pandemic,” he said. “My major sponsor is an estate developer who owns and operates hotels and all of his businesses closed, but he is still spending on maintenance and on staff to keep them.”

He says his church pays his salary to take care of family back home but now the salary is about half what it was because of the financial impact of the pandemic on church members.

“In the midst of this difficult state we received the unfortunate message from ICE. The message on visa's stance was received with anxiety and confusion. The fact was that all borders were closed and it was going to be very expensive going back home,” he said. “Even if you get to go home, the cost is two weeks mandatory quarantine along with the stress of the immigration process you go through before coming back again.”

Despite the uncertainty, Asiedu credits the seminary, as well as other Presbyterians, for helping him deal with the costs of getting an education abroad.

“Upon graduation I will go back home and continue my ministry. I still have a young family which I have to be part of their nurturing,” Asiedu said. “What I need at this time is prayer support from the church for me to survive through these difficult times. Moreover, I am open to any support the church thinks will make my stay in Louisville comfortable.”

Preparation, especially academic study, has been a key value Presbyterians treasure as one prepares for ministry.

“God has also created us imaginative beings urging that we use our creativity to bring about God’s love, mercy, and justice. While the decision to force international students to leave the United States is rescinded, the fear and insecurity it produces does not subside. As citizens of this country and members of the Presbyterian Church (U.S.A.), we must be aware of how policies generate greater injustice and engender fear, dread, and anxiety,” said Amanda Craft, with the Office of Immigration Issues. “We must be prayerful and repentant as we seek to change those policies. Let us seek ways to right what has been broken.”