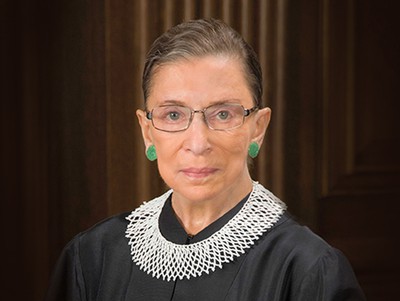 —Photo by Steve Petteway, Collection of the Supreme Court of the United States (public domain)

As the nation mourns the passing of Supreme Court Justice Ruth Bader Ginsburg, the Stated Clerk of the General Assembly of the Presbyterian Church (U.S.A.) is calling on national leaders to be thorough and not rush to fill the new vacancy. The Reverend Dr. J. Herbert Nelson, II, urges Capitol Hill to consider waiting until after the presidential election.

Senate Republican leaders have indicated plans to move quickly to get a nominee approved.

“We are not in a place right now where we are pressed with some type of decisions that have to be made. The reality is we ought to take our time and see who the next president of the United States might be and offer that person, whoever it might be, the opportunity to put forth a nominee,” said Nelson. “To have a nation that is teetering on the edge of transition, it seems unfair to the electoral process.”

Prior to his current role, Nelson served as the director of the PC(USA) Office of Public Witness in Washington, D.C., which is located next to the Supreme Court building. He says Ginsburg was the spirit of the Supreme Court.

“One of the significant things about Ginsburg’s work that probably stands out the most was her interest in the younger generation who, in some degree, had lost some sense of respect and understanding of government across the board,” he said. “She revived integrity within the Court and also showed a willingness to fight for fairness.”

Nelson says Ginsburg was not just a judge, but an advocate for justice.

"There’s so much that could be said about her commitment to civil rights and still pressing for civil rights in this period of history, recognizing that the ongoing work of the Court was more than just making decisions,” he said. “There was something inherently different about the way she brought the Supreme Court to the country as opposed to the cases coming to her. She was out in front of much of what she believed. I don’t know we’ve seen, since Thurgood Marshall, this kind of active engagement. It was the very reason they joined the Court in the first place.”

Nelson says he hopes that whoever makes the decision on a replacement, that it not be based on politics.

“It would be a travesty of justice, to some degree to the Court, to make a decision at a time when we can in fact wait and make a choice that makes sense in coming days,” he said. “A new Congress should have a conversation around this and what it means to the future of our country and not what we are presently dealing with now. We need to wait on the Lord.”

Ginsburg died Friday from complications of pancreatic cancer. She was 87.