Global Language Resources plans to tap into new technologies for 2022 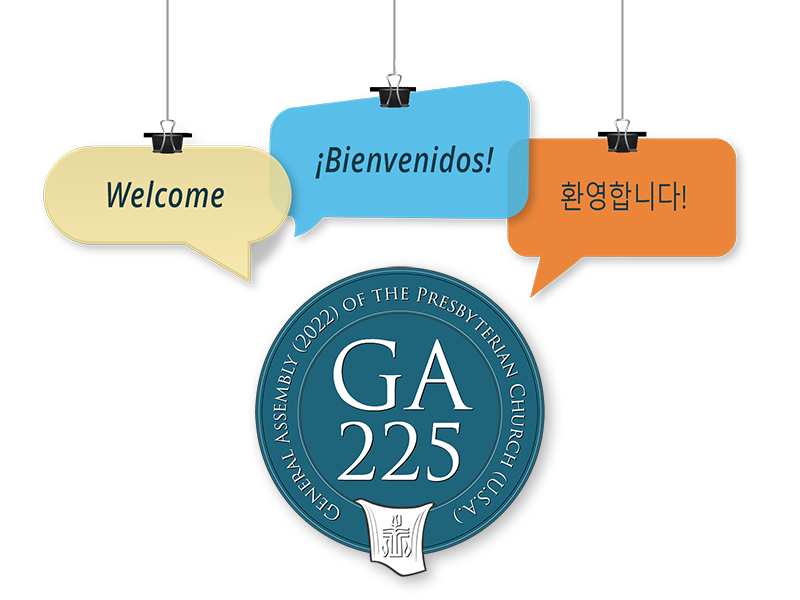 Lessons learned from the all-virtual General Assembly in 2020 are quickly evolving into lessons applied as preparations for 2022 continue to ramp up. The staff in Global Language Resources (GLR) are planning to capitalize on the ways modern technology can greatly enhance their commitment to language hospitality.

GLR was established in late 2019 as part of the Administrative Services Group (also known as A Corp) to develop a more structured approach to translation and interpretation, said manager Jason Raff. Before, two linguists — one for Korean and one for Spanish — were responsible for managing a very large volume of content. Now, there is a formal operation with an infrastructure that manages workflow and deadlines. The team has hired two more linguists and deepened the bench of vetted contract interpreters. Raff’s background as a translator and interpreter also helps with providing services.

One of the group’s primary responsibilities is ensuring that all commissioners can linguistically participate in the work of the General Assembly.

The 2020 virtual Assembly was Raff’s first, so it was definitely trial by fire, but he described the unusual circumstances as a “blessing in disguise.” It became an opportunity to consider how the plethora of technological advances in interpretation and translation can impact the Assembly. “Some of the solutions that have been developed are really impressive and are real game changers for how we do our work,” Raff said, elaborating on some of this technology.

A major development is remote interpretation. Raff said one of the biggest financial and logistical challenges at past Assemblies was having interpreters in the room. Interpreting is extraordinarily fatiguing, he said, so multiple interpreters must be employed to relieve one another. “One of the most interesting developments to come out of the COVID experience is the rapid shift to remote simultaneous interpreting. These software platforms really flourished because nobody could meet in person.”

For example, Zoom has a live simultaneous interpreting feature. “Real humans are doing the interpreting, but instead of bringing those folks to where we are and putting them in a booth and all of the related costs, such as per diem, hotels, we can simply use one of these remote platforms and the interpreters can beam in from wherever,” he said.

A person who needs interpretation during a meeting conducted in English can select a language channel and hear the interpreter through earphones on their computer or even their phone. The participant can interact within the meeting and the interpreter will translate. Using remote interpreters from different time zones also makes it easier to fully staff the long GA hours.

General Assembly in 2022 will be a hybrid, with commissioners traveling to Louisville for committee work, then returning home for a virtual plenary. Raff said it is likely some interpreters will be onsite for the committee meetings, but they may also tap into the remote applications. Some have the capability to set up a camera and a microphone in a committee room to get the feed to interpreters, who could be anywhere in the world and can provide services in a variety of languages.

Another huge advance is machine translation. When it comes to GA business, GLR is committed to translating as much written content as possible into Korean and Spanish. In the past, the volume of content made this challenging, spreading resources thin. The team begins translating business as it arrives in PC-Biz, continuing through the Assembly itself. To vastly increase their productivity, Raff said GLR will soon roll out a new machine translation program.

He explained the process for creating an algorithm for specific content: “People are probably most familiar with Google Translate. It is one of literally dozens of machine translation products on the market. Each of those products has its own strengths and weaknesses. Some of them have engines that are trainable if you feed them content that humans have translated and validated. The machine evaluates your previously translated content, and the algorithm learns how to translate your content the way you want it.”

This means even more content can be translated, including rationales and other long bodies of text that come with Assembly business and were nearly impossible to accommodate for translation in the past.

He emphasized, however, that because the machines aren’t 100% accurate in the way they communicate information — especially the complex business of Presbyterianism — human linguists will quality-check all translations. The machine translations will be a baseline from which the translators work, saving hundreds of hours but still providing high-quality content. “Our long-term hope is that by relying on a sophisticated machine translation configuration, we can reach more and more content,” Raff said. “This gives us a leg up because we don’t have to do everything from scratch.”

Another key feature for 2022 is that many portions of the 225th General Assembly website will be translated into Spanish and Korean and available through a language selector on the site. Raff says that in the coming months they will also continue building their team of interpreters and putting many other details in place to ensure that everyone in our faith community can fully share in yet another General Assembly unlike any other.