Technology and inclusivity highlight plans for next year’s hybrid gathering

More than 25 moderators got an update on plans for the 225th General Assembly during a Friday night workshop at the Moderators’ Conference.

Current and future moderators across the Presbyterian Church (U.S.A.) got an overview of what to expect when the denomination’s first hybrid Assembly convenes next summer. Leaders with the Office of the General Assembly presented an update on plans for the 225th gathering during a Friday night breakout session at the Moderators’ Conference.

Kerry Rice, OGA’s deputy stated clerk, and Julia Henderson, leader for GA planning and business, led the conversation, providing a general timeline of activity and efforts to ensure everyone has a voice at the table.

“The Co-Moderators will appoint Assembly committee leaders who reflect a broad spectrum of demographic, geographic and theological difference,” he said. “This will include ruling and teaching elders who are able to moderate and work with inclusive and culturally diverse groups, who are able to be fair and maintain impartiality in conducting the Assembly’s business, and who commit to participating in all leadership briefings and attending the full Assembly — in other words, all plenaries and the committee to which they are assigned.”

Rice said that due to limited space and social distancing concerns, it won’t be possible to have the usual observers’ gallery in committee rooms. Instead, all meetings will be livestreamed. Overture advocates will choose whether to do their online presentations live via Zoom or by video, but they will be able to join the Zoom meeting to respond to any questions in the moment.

Rice added that the moderatorial team elected for GA225 will lead the Assembly plenary meetings from the Presbyterian Center, while other commissioners and all advisory delegates will participate remotely. 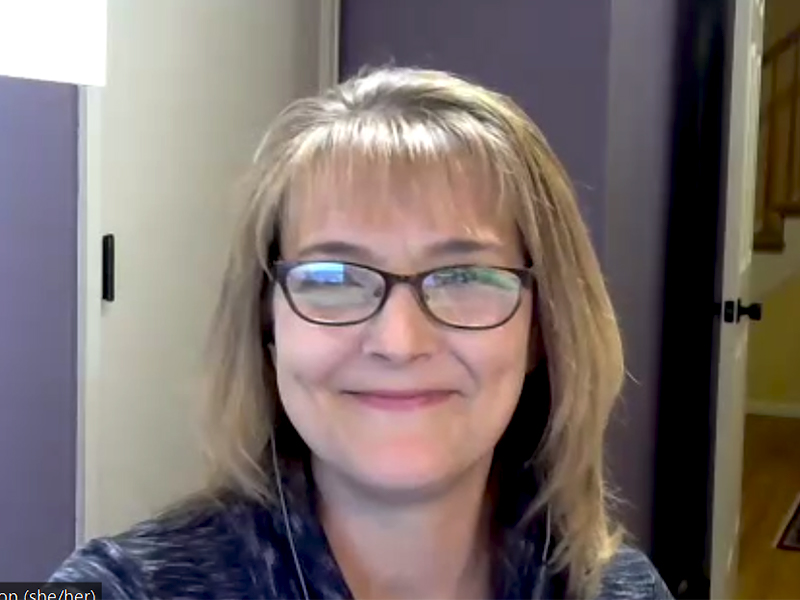 Julia Henderson, leader of OGA’s planning and business, gave an overview of the technology updates for GA225.

Julia Henderson, leader of OGA’s planning and business, gave an overview of the technology updates for GA225.

“Recognizing and wanting to be supportive of our siblings not on East Coast time, we’ve scheduled things for times that are hopefully amenable to a larger majority of people participating,” he said.

Rice adds that Zoom will be the video platform used at the Assembly. All commissioners and advisory delegates will receive live training on PC-Biz prior to the hybrid gathering to make sure they are comfortable with the platform ahead of the first plenary. Training sessions will begin at the end of May.

The planning team is in the process of developing an expanded user experience for General Assembly participants known as MyGA.

“On the back end, MyGA will be a combination of several platforms, but on the front end, users will experience a simplified, single point of entry that serves as a gateway to a variety of tools,” said Henderson. “From within MyGA, commissioners and advisory delegates will register, access training and other informational modules, review open hearing testimonies, and share potential commissioner resolutions with one another. Commissioners will be able to have conversations with fellow committee members in this space as well.”

Henderson says MyGA will be rolled out in January and will be accessed through the GA225 website. Training modules will be made available over a period of weeks, encouraging users to return to MyGA to seek manageable doses of content and increase their comfort level with the platform. 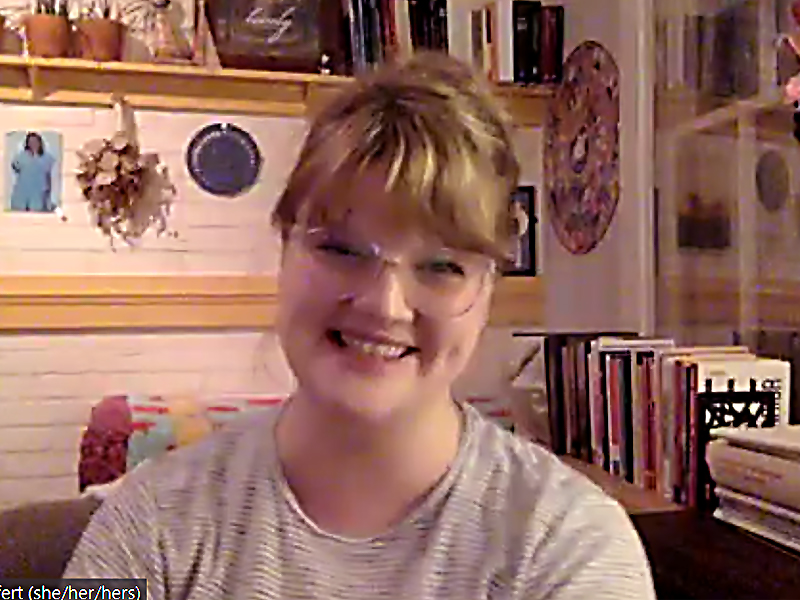 Kate Trigger Duffert is manager of GA Business and Per Capita.

Kate Trigger Duffert is manager of GA Business and Per Capita.

“Commissioners and advisory delegates will receive automated reminders about unfinished training modules. Committee leadership will be able to track the progress of their members and will encourage their preparation progress as needed,” she said. “All open hearings will be watched ahead of committee work to increase the discernment time while the committee is in session.”

The OGA team said that approximately 49 overtures from mid councils have been submitted so far for next year’s Assembly, as well as 78 reports from special and standing committees and other Presbyterian agencies. The issues gaining the most traction right now are environmental, anti-racism, peacemaking, domestic and ecumenical.

Both Street-Stewart and Bentley shared what it was like for them to lead the church’s first full online Assembly last year.

“It was helpful to be briefed on the process beforehand. We didn’t know how much was involved in pulling this together until we were presiding over General Assembly,” said Street-Stewart. “This was the first time for an electronic Assembly, but we were able to watch the various screens and were in proximity with each. We really walked our way through every motion and aspect. It was pretty intimidating on that first day.”

“These are exciting times, even with the challenges COVID presented,” said Bentley. “There are tremendous opportunities to march into the future that God has put before us. It will blow our minds when we say yes to what God is doing.”

Both Rice and Henderson added that the upcoming hybrid Assembly will give OGA an opportunity to learn and see if this is a format that can be replicated in years to come.