Home News ‘The image of God in us all’

‘The image of God in us all’ 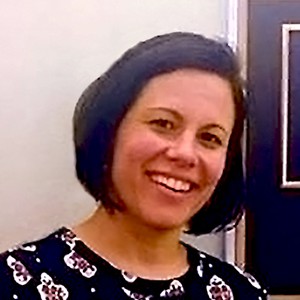 As the manager of advocacy for the Office of the General Assembly’s Office of Immigration Issues, Amanda Craft knows a thing or two about accompanying people along a difficult journey.

Craft shared some of what she’s learned about accompaniment and about what might hold us back from that journey with participants in Friday evening’s Moderators’ Conference workshop called “The Image of God in Us All: Implicit Bias.”

Craft began by defining some terms for workshop attendees, who are moderators or vice-moderators of Presbyterian Church (U.S.A.) mid councils or are ready to assume those roles in their presbytery or synod.

Thoughts and feelings are implicit if we are unaware of them or are mistaken about their nature, she said. We have bias when rather than being neutral, we have a preference for or aversion to a person or group of people.

We use the term “implicit bias” to describe “when we have attitudes toward people or associate stereotypes with them without our conscious knowledge,” Craft said, such as the fairly commonplace example of white people frequently associating criminality with Black people “without even realizing they are doing it,” Craft said. Learn more about implicit bias here.

Craft posed questions she hopes workshop participants have wrestled with or are working on: What are the biases I carry with me? How do I become good at disrupting them?

“It’s practicing trying to figure out what I want to change,” Craft said. “What do we revert to? What becomes our automatic response? Is that the response we should have especially to the family of faith?”

She had participants fill out a “People I Know” inventory, which asks participants to think of three people: a family member or close friend, a person with whom they come in regular contact, and a person in the community whom they see but don’t necessarily know.

Each of those people, positioned along the chart’s x-axis, was accompanied by categories along the y-axis, forming nearly 40 boxes to fill in. The categories included age, educational background, abilities and disabilities, regional roots, race, ethnicity, nationality, religion, socio-economic status, gender identity, work experiences and other categories. Participants were also asked to recount how a passer-by might describe them and how they’d describe themselves.

Some participants shared their answers and what they might mean with the group.

“There’s an almost complete lack of diversity, which didn’t come as a surprise,” said one. “The people on my list look like me.”

“I am in a very homogenous environment, but I came from a different place. Most people I see in the community grew up here,” said another. “We see the diversity through education and socio-economic status. That’s our diversity.”

One woman of color said she “lives in a neighborhood where I am the diversity … Most of the diversity I see comes in presbytery gatherings.”

A white woman said she she’s remained in contact with a Black woman she mentored years ago through the Big Brother/Big Sister program. She’s ready to walk the woman down the aisle soon during the woman’s upcoming nuptials. “It’ll bring tears to my eyes,” she said.

Still another participant talked about how the sense of community has changed during the pandemic. “I have to work hard to meet people who are not like me. My community was much larger before the pandemic,” this woman said. “I mourn my inability to be with that larger community.”

A white woman said she grew up in a community near Detroit, attending a white church “in a very diverse neighborhood.” She married a man who got drafted and then “traveled the world” with him. She soon learned that “you are friends with whoever is around you.”

A pastor said she’s “in regular contact with a diverse group of people. I attribute that to my golden retriever, a big friendly-looking dog.” While walking her dog, “I have all kinds of conversations with people from a lot of different places.” One is a family from Belize, which years ago moved into a large home with the idea that more family members would eventually join them. “I just drove by [Friday] and someone was standing on their step that I didn’t know,” she said, concluding the person is a recent arrival from Belize. “The church I serve is not diverse in that way, but our community is becoming more and more diverse.”

Craft had more questions for mid council leaders to consider, including:

“We have lots to learn. We are all on a journey, and grace abounds,” Craft said.