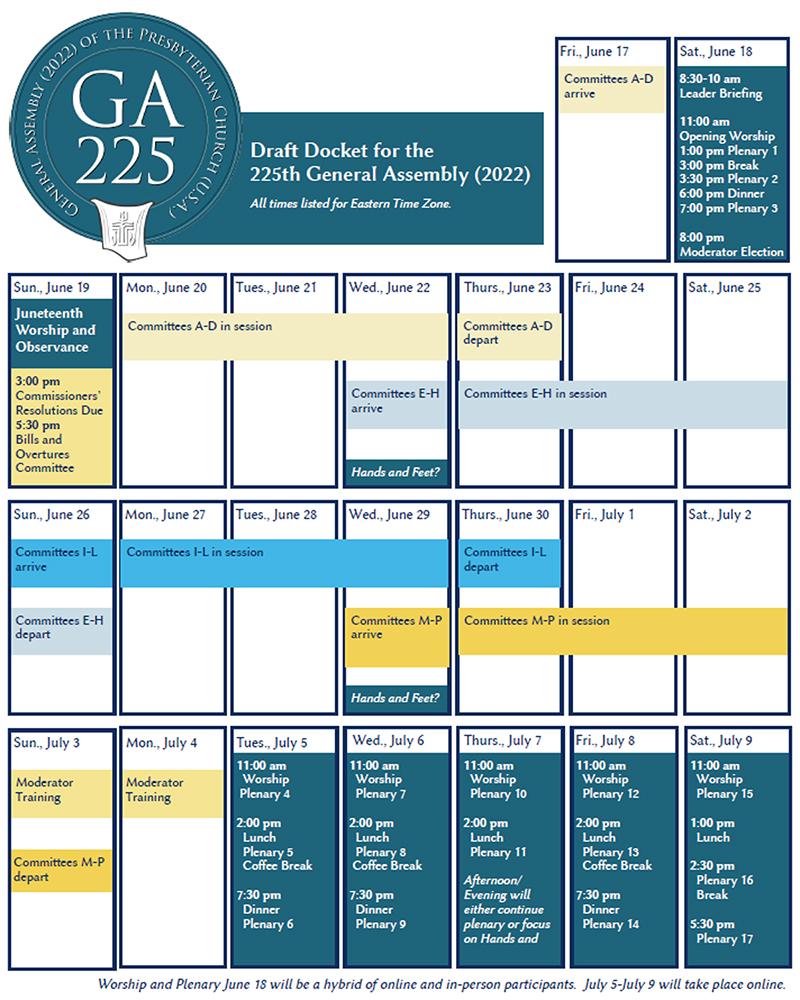 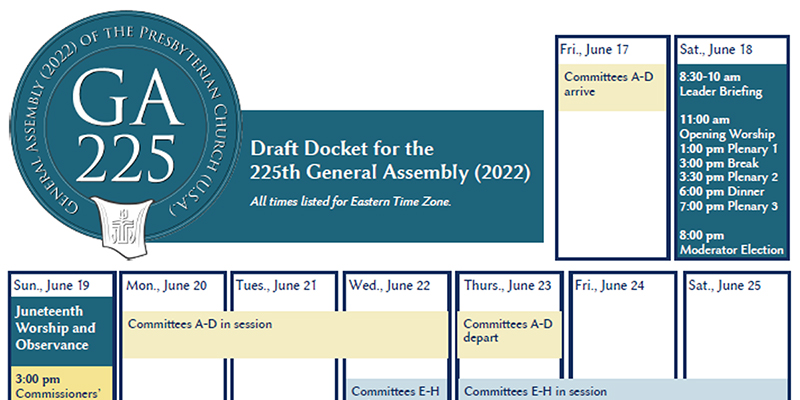 The Committee on the Office of the General Assembly (COGA) opened its spring meeting on Tuesday diving into the Stated Clerk’s vision for the church in the 21st century. The Rev. Dr. J. Herbert Nelson, II has called on the Presbyterian Church (U.S.A.) to “live into the fullness of being the church” by identifying values integral to its identity. That includes making the church “more fully inclusive, flexible and faithful.”

During Tuesday’s meeting, Nelson went into greater detail about the vision that extends not only through future General Assemblies, but the challenges facing all denominations in a post-pandemic world. He told the group that the world has changed, and that the church has not kept up with those changes.

“I heard someone resigned from a committee because they were angry, touting that the church is too liberal. I don’t even know what that means anymore. We are seeing the implosion of our own society behind those types of labels and not seeing people for who they are,” he said. “We’ve struggled with this for 30 years since reunion and much has to do with not really hearing the otherness of the other.”

Nelson says churches can have divergent views and will not always agree, but he adds that love is what holds congregations together. He went on to say that the PC(USA) must empower all voices moving forward.

“We are called to be a different kind of church. We can have these serious conversations in mid councils, not thinking about who’s in or who’s out, but deep conversations about life, how we live and open ourselves up to the power of Jesus Christ,” said Nelson. “I’m convinced minds can be changed and all of these labels of middle, right, left won’t carry weight in our deliberations. We can become models for changing the church and the world. That happens when we explore beyond our boundaries.”

Nelson says the church must be nimble, flexible and willing to move into new territory.

“Pastors can control what goes to the congregation and what goes to the trash,” he said. “How do we communicate, connect and build relationships for pastors who are in their 20s, 30s and 40s? This will be key to this transformation. For younger ministers, there’s no role model to try and do what we’re doing anymore.”

COGA also heard from two of the four work teams that were created to plan the 225th General Assembly to be held next year as a hybrid gathering.

The group has been focused on the development of a docket for the next Assembly gathering, while incorporating feedback related to timing of the Moderators' election and the mix of in-person and online participation.

A proposed docket was presented for consideration that would have two weeks of in-person committee meetings beginning June 17 through July 2 in Louisville at the Presbyterian Center. The remainder of the Assembly would be held totally online from July 5 through July 9.

“We want to be super good stewards of commissioners, advisory delegates and observers right out of the gate and move things, not in a speedy way, but in respectful ways,” she said. “We also want to hold space for possible Hands & Feet opportunities. There will be future conversations with the city and our partners on the ground to figure out what shape that will take.”

Nelson launched the Hands & Feet initiative when he took office in 2016, which provides an opportunity for the church to connect with the Assembly host city and local community leaders to address specific problems/issues facing the community.

COGA will vote on the proposed docket on Thursday.

The team is focused on providing opportunities for commissioners and delegates to develop relationships, build trust with each other and develop a deeper understanding of items coming before the Assembly. In its report to COGA on Tuesday, team leader Andy James says they’ve been focused on hearing and gathering feedback from other teams and leaders across the church.

“We want to help our commissioners and the whole church to begin thinking differently on how we conduct business,” he said. “It doesn’t have to happen in a room at a convention center for an hour and a half on a Sunday night.”

The team has offered three proposals. The first is a general education and community-building space. James says this would include education on business items through:

The proposal also includes general education around denominational issues as well as a community “bulletin board” space for participants to build relationships.

“We’ve never needed to do that before and we recognize that commissioners will do this kind of work in other ways or on social media,” said James. “But we want to make sure that people who don’t have strong access to those spaces or relationships have the spaces to find those relationships.”

The second proposal calls for the creation of an online community space to develop commissioner resolutions and to find people who would sign onto/support those resolutions. If approved, it would open 30 days before the first plenary convenes.

The team’s third proposal focuses on hearings and advocates. The idea, according to James, is to increase access and accessibility to speak on items of business. The plan would allow participants to record a limited-time statement and upload it to a designated site by a predetermined deadline. The statements would then be compiled and made available to commissioners and advisory delegates to be viewed prior to committee meetings.

“We need to develop some guidelines, so we don’t have people coming in with highly produced videos. We don’t want that,” James said. “We want something that is engaging, thoughtful and to the point of business.”

Other COGA members spoke in favor of the proposal if it provides a level playing field for those who participate.