Hymn sing provided refuge and connection during the pandemic 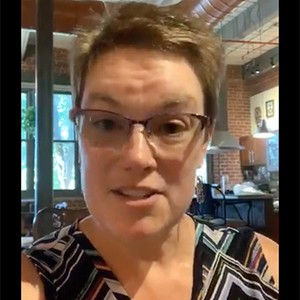 The Rev. Cindy Kohlmann, Co-Moderator of the 223rd General Assembly, hosted hymn sings during the final months of her term last year. 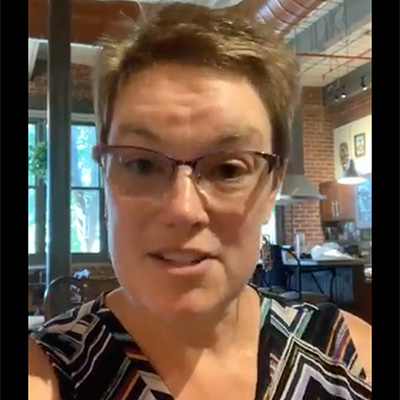 For 68 days last year, during the height of quarantine and lockdown, the Rev. Cindy Kohlmann held a hymn sing on Facebook Live, singing a cappella into her iPhone Monday through Friday at 5 p.m. from her home in Massachusetts.

At the same time, the Rev. Josephine Mutuota sat by her computer in Kenya. It was midnight, and she had stayed up all evening to watch the live broadcast.

These two women were already friends, but the hymn sing has especially shown how music can connect people around the world and bring comfort in the most challenging times.

Kohlmann’s closing weeks as co-moderator of the 223rd General Assembly (2018), along with Ruling Elder Vilmarie Cintrón-Olivieri, didn’t go quite as planned. The pandemic brought everything to a screeching halt. They missed out on many traditions after their two-year term, such as passing the cross to the next co-moderators and enjoying final trips and celebrations.

But Kohlmann and Cintrón-Olivieri didn’t sit idle. They met with presbyteries and congregations virtually, to provide encouragement and resources during the transition to remote worship and ministry. Kohlmann said that with all the Zoom conferences, the co-moderators ended up connecting with more presbyteries than they normally would have in those last couple of months.

“I’m proud of the fact that we adapted so quickly,” said Kohlmann, “and we said if we can’t travel, can’t get on a plane, can’t be there in person, how can we be present?”

They also used the co-moderators Facebook page to each bring their own personal touch to outreach. Cintrón-Olivieri used her previous experience as a teacher to lead a weekly story time. Kohlmann said she really missed singing and realized she wanted a place to sing hymns, and she noticed others expressing the same loss.

She started on March 20, thinking she’d stick to hymns in the public domain and see how it went. Within a few days, she realized “oh, people are tuning in.” The need to connect was evident, so she contacted the PC(USA) legal department and they facilitated using hymns from the new hymnal “Glory to God.”

She’d start with a welcome, she’d sound out less-familiar hymns and she always sang all of the verses because “that’s what I believe in.” After a short reflection, she’d end with a blessing.

The hymn sing became an opportunity for people to enjoy beloved hymns and learn some new ones. Kohlmann considered the lectionary or world events when she made her selections. People started holding remote watch parties and using tapes of the broadcast to remotely teach hymns to their congregations. Viewers tuned in from across the United States, Indonesia, Brazil, England and … Kenya.

Kohlmann met the Rev. Mutuota during her first international trip as co-moderator, in December 2018. Her journey to Africa included a stop in Kenya for the 120th anniversary of the Presbyterian Church of East Africa (PCEA). Mutuota is a pastor in the PCEA Gateway Parish in the Nairobi North Presbytery, and she was Kohlmann’s “shepherd” during her visit. The two women have remained in touch ever since, talking regularly through messaging apps.

Mutuota was dedicated to watching the hymn sing, not only because of her friendship with Kohlmann but because it was “refuge” from all that was going on in the world. “Because of the pandemic, the singing was giving lots of people hope,” Mutuota said.

She learned some new hymns, but she said even with familiar ones, such as “Be Thou My Vision,” you “hear the message in a new way and it sounds like a very new thing.” 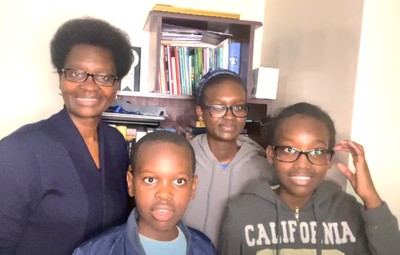 The Rev. Josephine Mutuota, pastor in the Nairobi North Presbytery, sings hymns with her children.

The Rev. Josephine Mutuota, pastor in the Nairobi North Presbytery, sings hymns with her children.

The hymn sing inspired her and her children — Peace, 17, Patience, 13, and Prince, 11 — to record some of the hymns, in English and in the vernacular. Sometimes her husband, Dr. James Mutuota, joins them.

She said having their family’s recordings in Swahili available on cellphones has made it possible to reach elderly members who can’t come to church or watch online. Mutuota said the older people were so excited to hear the hymns that she realized, “Wow, I have ministered to someone even if I’m not able preach in any other way.”

“It was one of those things that I realized I needed,” Kohlmann said, “but it became clear to me that my both saying I need this and acting on it was all about the Spirit. The Spirit was very much to blame or to thank.”

Mutuota said, “Singing has a special role in the lives of believers and the human race and has its own way of speaking to somebody. A hymn like ‘When God Restored Our Common Life’ tells someone that tomorrow will be a better day.”

Click here to watch the Rev. Josephine Mutuota and her children sing “Spirit, Open My Heart.” To watch episodes of the hymn sing with the Rev. Cindy Kohlmann, click here.

For more information about the Presbyterian hymnal “Glory to God,” click here.