Home News J. Herbert Nelson troubled by treatment of Haitians coming to US

J. Herbert Nelson troubled by treatment of Haitians coming to US

Stated Clerk calls for US to 'critically analyze our foreign policy' 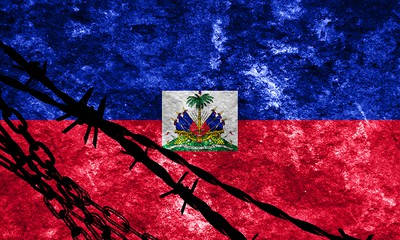 We owe so much to the people of Haiti. They are a symbol of freedom in this part of the world. They came to our assistance during the Revolutionary War. However, we have been shameful partners.

Mission Co-worker Cindy Corell reminds me that “loving Haiti is hard for those in the United States, because it requires us to look at our own sins.” In order to love fully, we must dig into the ugly, painful truth. Haiti offers us the grace-filled opportunity to fight for an abundant life — an abundant life for all of God’s children. We need to reckon with our own sordid past to reach that life abundant.

As citizens and residents of the United States, we must critically analyze our foreign policy. Often our attempts at nation-building are loaded with personal agenda, which allow for U.S. imperialistic power in the hemisphere. Throughout history, the United States has backed Haitian political leaders who have made it easier to foster U.S. interests instead of listening to Haitian civil society. In fact, the UndocuBlack Network reminds us that “without invitation and without justification, Western countries have brutally pillaged resources, stolen land, enslaved generations, and continuously interfered with the politics and governance of Black countries for centuries.” We must come to terms with how we have fed the root causes of the real crisis, which continues to unfold in Haiti.

Being a neighbor of the United States is filled with paradox. The United States is a place full of promise, and it is a place full of harm. For many in Haiti, the best option is to seek their protection and security elsewhere. One option is to seek asylum in the United States. However, what we witnessed in the media this past week from the U.S.-Mexico border conjures up a sinful past we cannot ignore. Our history of enslaving African populations and their children born in this country came screaming back as horse-mounted enforcement agents whipped Haitian asylum seekers as they sought to bring food back to family and friends. Given these events, it should be no surprise that Black immigrants confront a myriad of violence upon entering this country in search of safety — by immigration enforcement agents, by disproportionately higher immigration detention levels, by disproportionately longer detention stays, and by disproportionately higher expulsion rates. As the U.S. Department of State advises people not to travel to Haiti because of the dangerous situation, the DHS continues to deport individuals, families and children back to Haiti. We cannot stay silent in the face of these horrors. Our own General Assembly policy urges that we “provide welcome and relief for Haitian refugees.”

On social and news media, we saw the violence exacted on innocent people seeking their right to asylum. We also witnessed a dignified people who stood tall in the face of violence. Haitians seek the right to self-governance. They seek the right to sit at the decision-making tables to plan the future of their country. It is time for the United States to stop; to ask; to listen; and to act in coordination with Haitian civil society. As Daniel Foote, the U.S. special envoy for Haiti, wrote in his resignation letter earlier this week, “What our Haitian friends really want, and need, is the opportunity to chart their own course, without international puppeteering and favored candidates but with genuine support for that course.” Again, PC(USA) General Assembly policy calls on church members to foster this kind of partnership by urging the United States government to step back so that Haitians can self-determine their destiny.

Let us be in prayer and let us lament the pain and harm we have caused. Then we must act.

Haiti holds a torch to hope. She and her people offer the opportunity to dream the possibilities. Their history of freedom and independence are signs that God’s eschatological promise is present today, and yet, calls us in to work on the justice not yet achieved. The walk with the Haitian people is about faithfulness, about confessing our sins and urging God’s justice to grow and flourish. We do not have to have the answer for Haiti, because the solution is in their hands. We must walk with them on that path wherever it may lead us, and we must do it together.