A 'passion for justice and equity' shapes committee’s work

PC(USA) Committees on Representation formed after the reunion General Assembly of 1983, to ensure that the new denomination’s mid councils, assembly committees and national agencies prioritized diverse leadership. A motivating concern in the 1980s was the merger of all-Black mid councils into majority white presbyteries.

In 2022, during the run-up to the 225th General Assembly, the General Assembly Committee on Representation (GACOR) is looking at a new wave of historic changes brought about by COVID and the church’s connected turn to virtual gatherings. It is also asking questions of itself and the denomination — specifically, how can technology and survey data promote representation and inclusion instead of creating new barriers to participation?

GACOR is also looking at its own committee representation as it plans to add new members who have what one GACOR member called, “a passion for justice and equity.”

The GA Committee on Representation gathered online in early February. Spread over two weekends to lessen Zoom fatigue, the meeting focused on GACOR’s ongoing collaboration with the Committee on the Office of the General Assembly (COGA), reports from the GA Referrals and Data Teams and committee recruitment.

The Rev. Molly Casteel, who as Assistant Stated Clerk and Manager for Equity and Representation in the Office of the General Assembly (OGA) supports GACOR’s work, told the news service that GACOR is one of the most diverse standing GA committees.

“Incredible people have served on GACOR,” Casteel said, many through multiple terms. Of the current membership, “There are three committee members who have served eight years.”

Casteel explained that GACOR, as a General Assembly committee, works directly with synods, the next level of council in the PC(USA). Her OGA office also supports presbyteries.

She said that GACOR's work "benefits the whole denomination, but it is not imposed, rather offered.”

Three current GACOR members spoke with the news service about their work on the committee and what issues of representation are foremost in their thoughts in 2022. In different ways, each affirmed the principle of “unity through diversity,” which GACOR’s webpage describes as foundational to the PC(USA).

The Rev. Anna Kendig Flores, GACOR Co-Moderator and member for four years, was drawn to GACOR because of her experience growing up multiethnic Latine, Middle Eastern and white in a society that often, but not consistently, perceived her as white.

“Having an in-between identity is why I’ve always found this work to be important,” Kendig Flores said.

GACOR meeting on February 5, 2022 via Zoom.Photo courtesy of Molly Casteel.

“I’ve always been interested in how organizations choose to build equity into everyday structures of what they do — how they run meetings, invite leaders, have conversations. That may sound mundane to many but that’s where equity work happens.”

Kendig Flores, from the Synod of Lakes and Prairies and the Presbytery of the Twin Cities Area, identified the loss of in-person gatherings caused by pandemic conditions as a key challenge of GACOR’s work as it prepares for GA225, a hybrid in-person and online meeting.

At pre-COVID assemblies, where everyone shared a physical space, “the experience of being a commissioner was deeply embedded in community with other commissioners but also others who have their own assembly conversations,” Kendig Flores said.

She spoke about ways some ministries with social justice and equity focuses were negatively impacted by the all-virtual assembly of 2020, when “there were no opportunities for hallway conversations or follow-up after plenary or committee meetings.” Social media became an alternative gathering spot for groups that felt marginalized or excluded.

Kendig Flores’ concerns track with those GACOR and COGA have duscussed since the last assembly, including ways to recognize more speakers during online plenaries and increase Young Adult Advisory Delegate participation.

“How do we understand the ecosystem of community and build that back into the GA experience?” she asked.

The Rev. Eric Thomas, of the Synod of the Northeast and the Presbytery of New York City, joined GACOR five years ago, during a time when there were questions about changes to the PC(USA) Book of Order regarding LGBTQ+ ordination. Thomas was attending seminary and wondering “if there was space in the denomination for Black LGBTQ leaders like me.”

“We’ve since understood the answer to those questions is yes,” Thomas said. “But five years ago they were serious questions."

"The opportunity to work with GACOR was an amazing gift to live into my own inclusion but also work with others toward parity in the denomination," Thomas said.

Thomas appreciates how GACOR not only advocates for inclusion and equity but gathers different perspectives on representation from across the denomination.

He sits on the committee’s Data Team that collects survey information from synods about progress they have made toward council-specific goals of inclusion and equity.

“I think part of our work in COR is to help groups with things they’re struggling with,” Thomas said. One of those struggles can be the way data is collected — including how councils categorize individuals along racial and cultural lines. In some cases, “existing definitions might be rewritten or taken away” so that a more accurate picture of representation is achieved.

Thomas said that data is only valuable “as a tool to help people.”

“How do we work with our leaders to make sure this isn’t a bunch of checked boxes or bean counting?”

Like Thomas, Maribeth Culpepper, of the Synod of the Sun and Indian Nations Presbytery, sits on the data sub-committee. She joined GACOR eight years ago as a ruling elder.

Culpepper also spoke about working with synods to refine and in some cases rewrite categories that describe church members and affiliates. Terms that are sometimes used by dominant groups may be too broad to accurately describe lesser-represented groups and individuals.

COVID has changed the ways GACOR looks at data, and even the questions it asks synods and other councils.

Culpepper said that in its most recent questionnaires, GACOR asked synods to respond “through a pandemic lens. How has COVID changed their work?”

As far as COVID leading to more online gatherings, Culpepper, who has a long-term disability and uses a wheelchair, said that more technology has positive aspects. 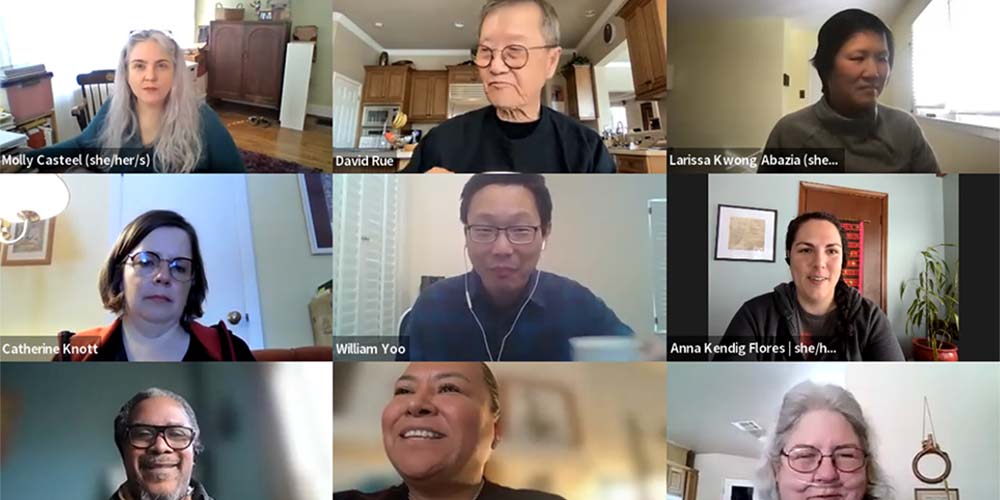 Zoom-style meetings make it easier to speak face-to-face with mid council leaders. On-screen meetings increase access opportunities for those who have difficulty traveling or rely on machine-based interpretation services.

“Going online has been a blessing for me,” Culpepper said. Throughout the pandemic she has visited gatherings at her former synod and presbytery — Synod of the Southwest and Presbytery of Santa Fe — and watched pastors, including GACOR’s own the Rev. Larissa Kwong Abazia, deliver sermons to virtual audiences.

Regardless of where a meeting or assembly is held, in-person or online, “The work we do is hard, emotional work,” Culpepper said of GACOR. Regarding the Data Team’s efforts, “There are feelings that always go with the numbers.”

Like Culpepper, Thomas and Kendig Flores see a direct connection between GACOR’s mission and the emotional well-being of the church. Kendig Flores said “bringing opportunities for joy” to General Assemblies is a big part of GACOR’s work.

Thomas asked, “How do we make it so the information we collect helps change hearts and minds toward the ministries we’re leading?”

Each of the three GACOR members had ideas about attributes future members might possess, with empathy being a common denominator.

Culpepper hoped that future GACOR classes would include additional young people. Thomas hopes that future members come from diverse backgrounds and use their understanding of privilege to speak on behalf of the under-represented.

“We don’t have to agree on everything,” Culpepper said of GACOR’s members and the councils it advises. “We just have to work together.”

Kendig Flores called GACOR “one of most joyful and lively standing committees we have in the PC(USA).”

“That’s a blessing because the work is quite challenging but has its own rewards.”

One of those is reciprocity: “"It's great to see our conversation partners shift and collaborate in ways that, in turn, shift our own imaginations.”

When asked about the future composition of the committee, Casteel said that some new members will be added at GA225. GACOR works with the General Assembly Nominating Committee to have five regions represented during any one committee cycle; those regions are identified by GACOR. Of GACOR’s 16 members, there can be multiple members from the same synod but not the same presbytery.

She added that there are likely to be more vacancies over the next two cycles than has usually been the case during GACOR’s four-decade history.

“For those looking to serve the church through GACOR,” said Casteel, “now is a great time to self-nominate via the General Assembly Nominating Committee.”

Learn more about the GA Committee on Representation: https://oga.pcusa.org/section/committees/committee-representation/