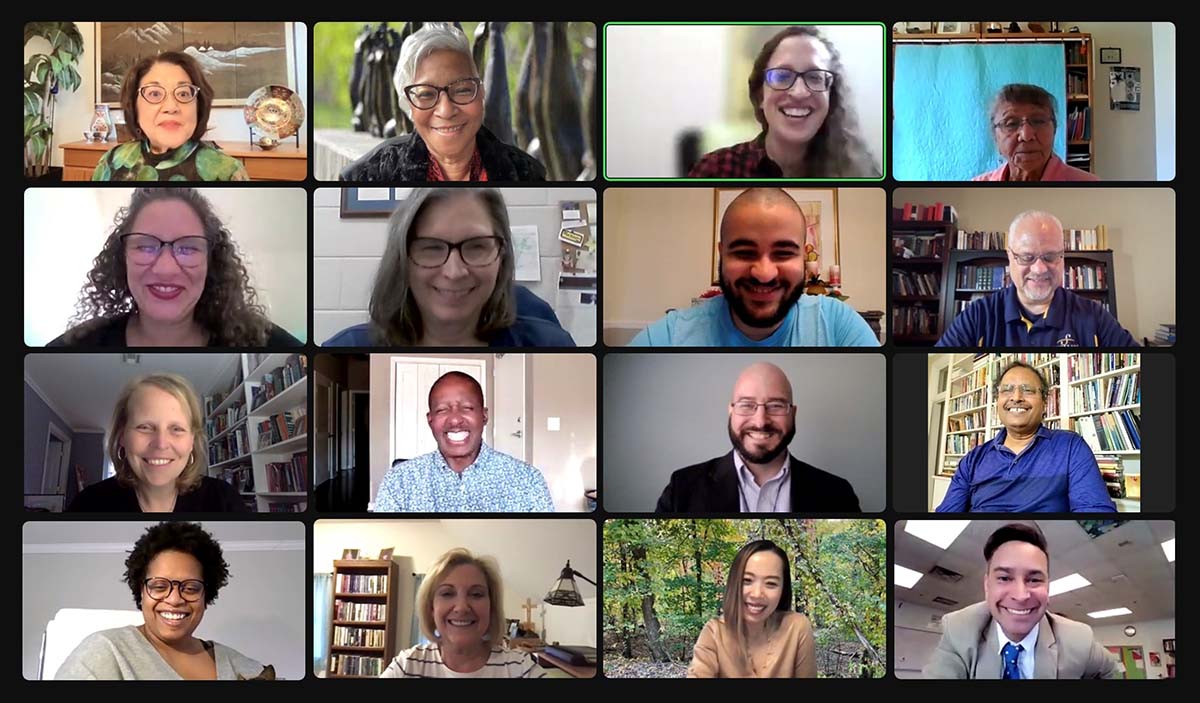 Members and resource staff for SCRTR, courtesy of valerie izumi. -Names listed at the end of the article.

Members and resource staff for SCRTR, courtesy of valerie izumi. -Names listed at the end of the article.

The Special Committee on Racism Truth and Reconciliation has issued its final report in advance of this summer’s 225th General Assembly, when commissioners and advisory delegates will consider its 11 recommendations.

The report can be read at the Special Committee’s web page on pcusa.org or PC-Biz.

The final report urges Presbyterians to build on the denomination’s past efforts to meaningfully address racism. To do that, reparative action by national church agencies, mid councils and congregations is required. “There can be no reconciliation without reparations,” the report’s “Call to Worship” section states. “Truth + reparations = reconciliation.”

The report also includes recommendations for helping Presbyterians research the shaping role of white supremacy in their local communities. “There is no passive-reading of this report,” the report explains. “You, also, are called as partners in a moral, ethical and divine mandate to end racism in our denomination.”

According to the 2020 General Assembly Information Report, the special committee conducted listening sessions around the country prior to the pandemic. The sessions included “a set of questions designed to get at the larger, more institutional presence of racism” in the PC(USA) and to better “identify the operative systems at play.”

The special committee hosted “conversations and presentations via Zoom around race, racial justice, reparations and restorative justice [and] power dynamics, to attend to the instruction of the 222nd and 223rd General Assemblies regarding the state of institutional racism and oppression within our church.”

All pandemic-era meetings were held over Zoom — on a monthly and then weekly basis as the Special Committee prepared its final report.

Some of the public meetings featured guest speakers; videos with Dr. William Yoo and the Rev. Dr. Mark Lomax are still available via Facebook. Lomax discussed a special committee he worked on in 2004 and what he lamented as its largely ignored Report of the Task Force to Study Reparations, 216th General Assembly.

The Rev. Dr. Byron Wade, special committee co-moderator, said, “The impact of our work during the last four years has been exciting, thoughtful and Spirit-filled. I continue to be thankful for the gifts, talents and commitment of the committee members.”

“It is bittersweet doing this work as it is full of hurt and trauma,” said Ruling Elder Marta Pumroy, the other SCRTR co-moderator. “But sharing in the work of dismantling and healing has been connective to others and to the Holy Spirit.

“I have faith this important work can make transformative change — in individuals, our churches and our world.”

At the level of national church agencies, the report asks the Presbyterian Mission Agency (PMA), Presbyterian Foundation and the Board of Pensions to work with leaders of color to “discern and propose recommendations for denominational reparative actions,” including actions that address ongoing salary and retirement differentials among pastors of smaller congregations who are Black/Indigenous/people of color.

Groups and initiatives already being supported by PMA, including Self-Development of People and Matthew 25, are directed “to make repair and reparative action a priority in [their] commitment to antiracism.”

The Office of the General Assembly (OGA) is directed “to identify models for new approaches to debate and decision-making that do not perpetuate white supremacy values and report to the next General Assembly findings on alternative models that could be used at every level of the church.” Mid Council Ministries inside OGA will “create a model policy for mid councils that designates a specified percentage of any property sales/acquisitions for local reparative actions.”

The report directs the Presbyterian Historical Society (PHS), a part of OGA based in Philadelphia, to “create an online historical self-study tool for congregations and mid councils to investigate their own history. The tool should guide congregations and mid councils in exploring and reflecting upon their history’s impact on the lives of people of color past and present.” 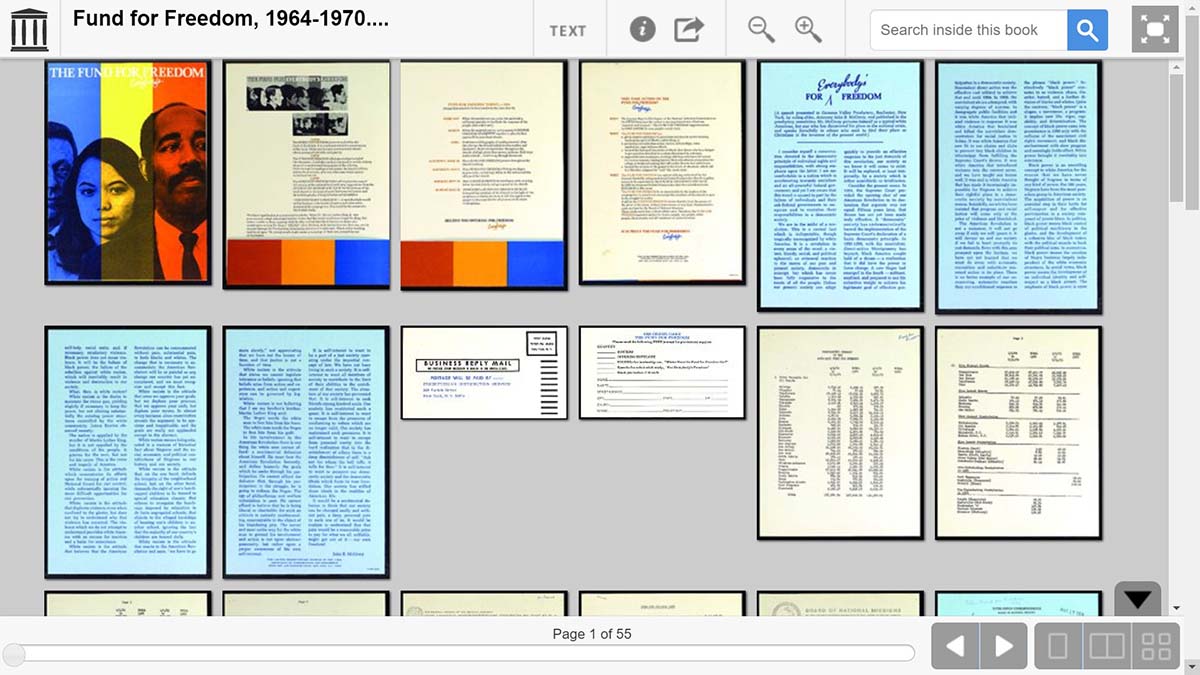 A collection of materials made available to SCRTR by PHS can be accessed via the society’s digital archive, Pearl. Pages from “The Fund for Freedom” pictured above.

David Staniunas, Records Archivist at PHS, helped the special committee during its research and discussion phase.

“It was clear that the special committee had a longing to find pathways through 300-plus years of Presbyterian history,” Staniunas said. “We digitized records for them from the Cook School, from Sage Memorial Hospital, from the Jackman Relocation Program, from Sheldon Jackson College.

“And in return their questions helped shape some of our work – our Black Lives Matter video collection, our list of Presbyterian Native American schools, and so on. Their curiosity, to me, was a reminder that the work of reckoning with the past is ongoing and incomplete.”

Nancy Taylor, PHS executive director, said, “I so appreciate that SCRTR has centered the importance of history to the work of reconciliation. A number of churches have reached out to PHS since the summer of 2020, asking for our assistance to delve deeper into the impact of racism on their congregations and communities. PHS is committed to strengthening our online tools and providing better access to key records in order to further this important work in the PC(USA).”

As the special committee finalized its report, members shared individual reflections on their work.

Some white members spoke of all they had learned through the process, and how surprised they were by the extent of previous antiracism efforts in the church.

“The problem wasn’t that the PC(USA) hadn’t been told or been given sufficient direction to repair racism’s hold on the church,” said the Rev. Kate Jones Calone. “The problem was that we hadn’t really listened, committed and acted.”

“Through the vast resources of the Presbyterian Historical Society, our committee learned stories that were turning points in the PC(USA)’s history. The more we learned, the more we recognized our present moment as a turning point — an opportunity that could lead us to true repentance and repair, if we choose it.” 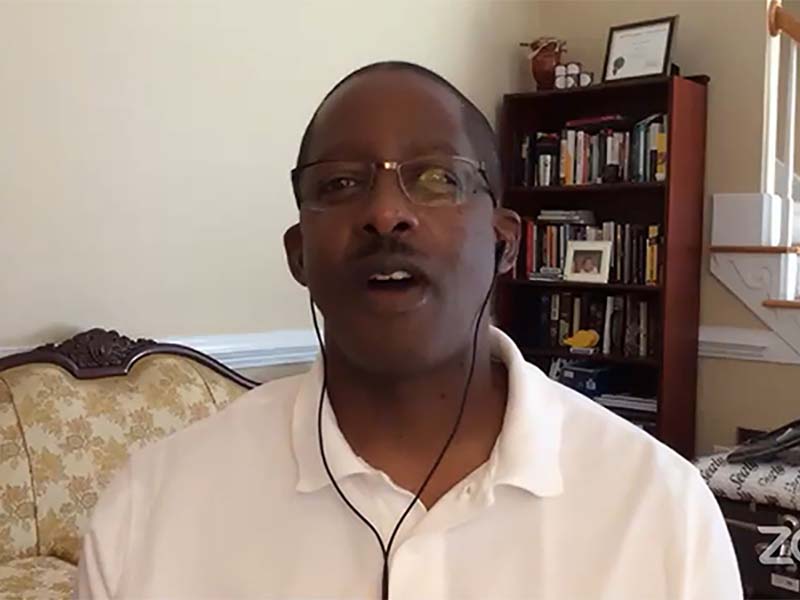 Other white committee members spoke of gaining a new awareness of their personal involvement in a racist system.

“For me, the impact of our work is not left with our final report. It reverberates throughout my professional and personal life,” said the Rev. Joanna Hipp. “My intent is to carry this practice as part of my daily life.”

As the special committee met, “I as a white person made mistakes,” Hipp said. “I’ve been called out, called myself out and always been called back in.”

The Rev. Ryan Landino said, “As white people come to grips with our history and privilege, we may encounter negative feelings along the way; we might feel we are being demanded to give up so much that we do not know what about ourselves we are allowed to hold onto.

“But there is an end game: I strongly believe there is such a thing as a positive white identity, one rooted in antiracism and shared liberation, that we can work for together.”

Other special committee members pointed to the importance of collaboration and inclusivity.

“Churches around the world worship the same God as me in the same fervent way, regardless of skin color, sexual orientation or gender identity,” said Ruling ElderMiguel Rosa-Morales. “As a Puerto Rican, racism is experienced and understood in a different way than in the contiguous United States … I joined [the special committee] to learn and to help change our church, bringing a young adult’s perspective.”

The special committee’s recommendations and Scripture-focused rationale urge the church to make repair with its history through action, not just the approval of a report or other assembly actions.

The SCRTR report points to historical patterns within the denomination of identifying racism but not responding to it in a way that achieves reconciliation. “Persisting silencing dynamics,” “opting out” and “spiritual bypassing” are some of the common avoidance behaviors the report authors identified during their years of conversations with Presbyterians, especially with white Presbyterians, who constitute an estimated 89% of the PC(USA).

Just as Matthew 25 has been referenced in recent years as a scriptural support for antiracism work, the report authors cite Scripture to underline what they want the church to reject.

“We, the PC(USA), have been an Isaiah 58 people, engaging in self-serving worship as we received and celebrated each report written, but sinned in not undertaking the recommended work of justice and continued oppressive behaviors. Jesus warns us about religious self-deception.”

“We on the special committee no longer wish to deceive ourselves or be Isaiah 58 people. We want to follow Jesus in the true work of justice and repair so that we can find true redemption, so we can see Jesus. In humility and mutual contrition we invite you to join us.”

“Mistakes will be made in the process, but for racism to end, people must be willing to keep learning and keep trying. It’s the only way the world moves forward.”