Co-Moderators’ series comes to an end 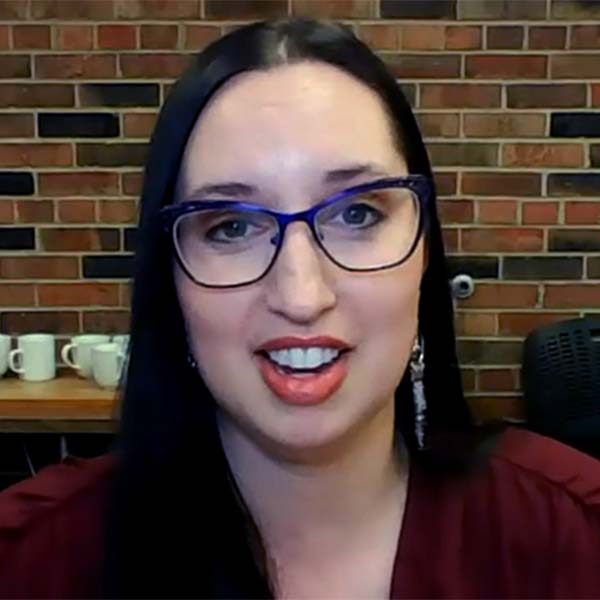 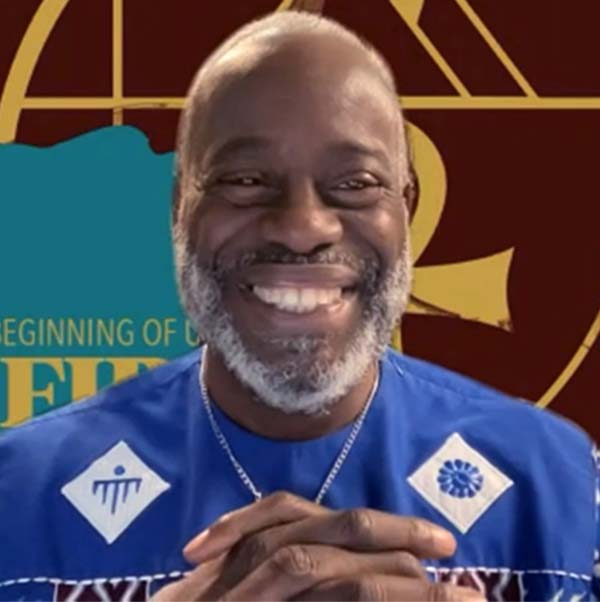 “Decolonizing Holy Week” was the focus of the final broadcast of “Good Medicine” on April 13, hosted by the Rev. Gregory Bentley and Ruling Elder Elona Street-Stewart, Co-Moderators of the 224th General Assembly (2020). Their two-year term ends in June. Since October 2020, they have been hosting “Good Medicine” on a regular basis on their Facebook page.

For the finale, they were joined by Brenda Blackhawk and the Rev. Dr. Mark Lomax. Blackhawk is the congregational organizer for racial justice with the Minneapolis Area Synod of the Evangelical Lutheran Church in America. Lomax is the founding pastor of the First Afrikan Presbyterian Church of Lithonia, Georgia, and associate professor of homiletics at the Interdenominational Theological Center in Atlanta. He will be a guest preacher at the 225th General Assembly this summer.

What quickly became apparent during the discussion is that the events of the first Holy Week more than 2,000 years ago are just as relevant today as they were then.

“Holy Week is for everybody, that buildup and that important moment when the resurrection happens, and it shouldn’t be something that not everyone feels they have access to,” said Blackhawk. “Especially for Indigenous communities and other cultural groups across the country and around the world, colonization has put upon us the idea of what it’s supposed to be. Decolonizing it would mean making it accessible for all peoples so it can be meaningful to them in their contexts and in their lives.”

Lomax said that decolonizing Holy Week means “historically oppressed peoples are invited to take off the lens the historical oppressors have given them to view Holy Week and replace those lenses with their own.”

“Jesus was also an oppressed person. He lived within an empire that ground to dust the people of Palestine that lived under the constant surveillance of the Roman government,” said Lomax. “Holy Week really is about resistance. And it’s about revolution … in that you have Jesus proclaiming the kingdom of God … coming against those who are declaring their Caesar was the son of God. So, you have a clash, if you will, of consciousness, a clash of ideas, a clash of what it means to be human in the world. It’s not a safe week. It’s the week that calls us to action.”

Bentley said that Ruby Nell Sales, one of his mentors and a past guest on “Good Medicine,” calls Palm Sunday a freedom march. Lomax agreed, saying he has often likened it to the March on Washington, led by the Rev. Dr. Martin Luther King Jr., and the Poor People’s Campaign, led by the Rev. Dr. William Barber II and the Rev. Dr. Liz Theoharis.

Lomax noted that in the book “The Last Week,” by Marcus J. Borg and John Dominic Crossan, the authors open with a conversation about the “triumphal entry.”

“They talk about how as Jesus and his disciples were entering the east gate, Pilate and the calvary and soldiers of Rome were coming through the west gate. The people following Jesus were shouting help us, save us, hosanna, or were praising God because of the mighty works that they saw in Jesus. On the other side, the drums were beating and the swords were clanking. It was a very dramatic moment.”

Bentley pointed out that Holy Week, Passover and Ramadan coincided this year. “The very fact that it is Passover when the first Palm Sunday takes place tells you this is an explosive time, because here you have a colonized, conquered people who are remembering the seminal act that made them a people, and that was deliverance from colonization and oppression and slavery. So, you can see why Rome would be there: ‘We’ve got to go and make sure that they don’t get any ideas about being a free people.’ There’s a stark contrast between the ways of the empire and the ways of God. And I think we see that brought into sharp relief with this freedom march.”

Lomax noted that this kind of dynamic plays out in contemporary times, too: “Every time there is a peaceful protest, Rome shows up.”

The speakers discussed decolonizing Holy Week related to restoring justice and reflecting the heart and character of God rather than the character of the empire.

“I say it at First Afrikan, oftentimes, if the sin of white people is racism, then the sin of Black people is self-hatred. And I marry that idea to what Jesus says, that you love the Lord your God with all your heart and then love your neighbor as yourself. That’s the hardest piece. I mean, to win a war against the empire, in the way I think Jesus imagined, we have to begin with self-love.”

Blackhawk said that in her experience, Native people are taught to not think of themselves as powerful. However, she sees how the witness of the elders and the legacy of community organizing by Indigenous people — which she noted has been going on since the 1960s and ’70s — has impacted today’s Native peoples and bolstered their empowerment to restore justice, related to issues such as sports team mascots and pipelines going through sacred lands.

“I think that we’re starting to reconnect with those powerful pieces and those powerful practices of our traditional cultures, our languages, our powwows, all those expressions of who we are, and who we were, that are coming together to make us feel powerful enough that we can actually stand up and demand that things change. I think that community is the way that is even possible,” she said.

Lomax said, “We are obligated to love those with whom we are in community and even beyond. That kind of protest march that Jesus led on Palm Sunday in 30 A.D. was a step in the direction of self-love. Of course, it crumbled by the end of the week. But at the beginning of that week, it was a powerful step in the direction of self-love. And there were the women who held onto that self-love even through Good Friday, and Saturday, and on resurrection morning. It became emblematic of what Jesus was talking about.”

As she prepared for the discussion, Blackhawk said she’d been thinking about where the events of Holy Week took place. “Elona, you were the one who brought up that the rocks were crying out and that in a lot of Indigenous cultures, the rocks and the natural world around you has its own life, its own spirit, its own guidance. You said that the rocks are the elders, and not to overlook those things, too.”

Street-Stewart responded, saying that decolonizing the events of that week means considering that something much larger was at work. “Plans had been put in place. Artillery had arrived; the military design specific to how many miles you could travel in so many hours. But what we see in the sacred side of this is that the Creator’s timeline isn’t specific to just so many hours in a day. What was unfolding here was something that has been known since the beginning of Creation. … It’s not just these episodes of events that happened on the first day of the week and then throughout the week, but this was an unfolding of something much bigger. This was for all of Creation to be part of.”

The broadcast ended with the Co-Moderators expressing their gratitude for the opportunity to present “Good Medicine.” Street-Stewart said they wanted to embrace the symbol of Sankofa by “reaching back, looking at the various communities and histories and people and truths, and saying, ‘What is it that we need to carry forward in order to survive in the future?’”

The series is archived here. Bentley said, “We do hope that good medicine can be found in [the episodes] so that we might indeed be the church, and be the people, and create the type of world that is pleasing to God and that reflects God’s rule and reign. God bless you. Let’s keep on keeping on. Peace and blessings.”

To see and hear the entire April broadcast of “Good Medicine,” click here.