New space to be open for business next month

The Office of the General Assembly, Presbyterian Mission Agency and the Administrative Services Group collaborated to transform the empty office space into a state-of-the-art facility that will allow committees to meet and discern business, while also updating technology to make virtual meetings and worship possible.

“Construction on this project began last October and we are slated to have occupancy in May,” said Kathy Lueckert, president of the Presbyterian Church (U.S.A.), A Corporation. “We are grateful to Mid-Kentucky Presbytery, who will help us give the new center a test run for its meeting next month. This will be good preparation for the Assembly in June.”

The in-person portion of General Assembly will include two weeks of committee meetings in the new space as well as opening worship and moderator elections. The final week of the Assembly will be completely online with key personnel operating in the new production center. 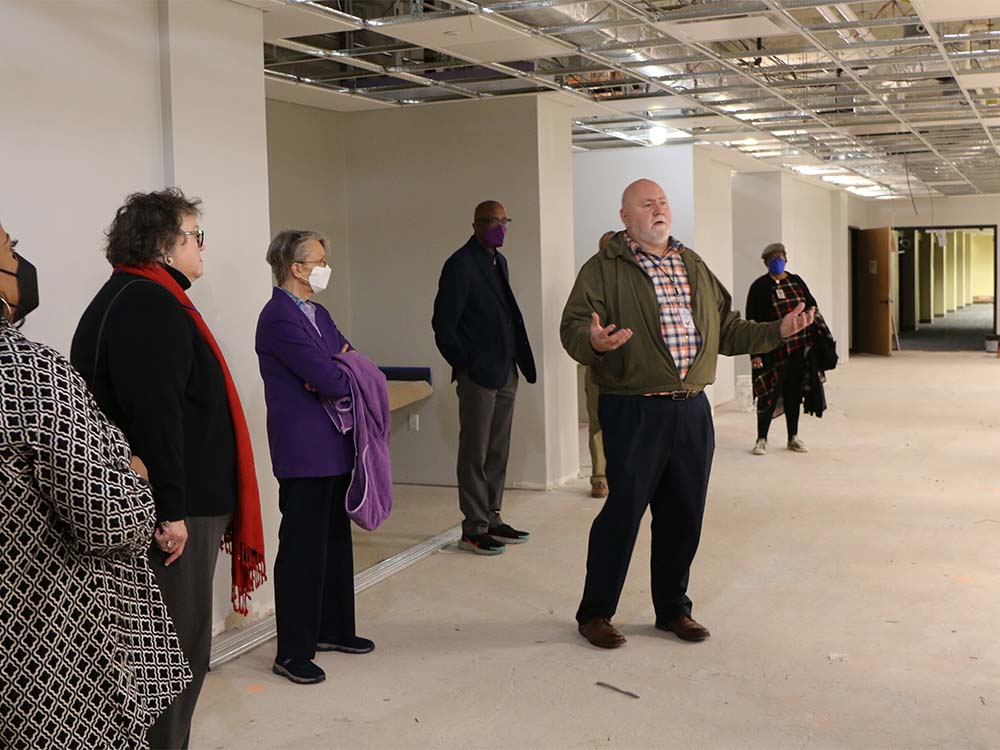 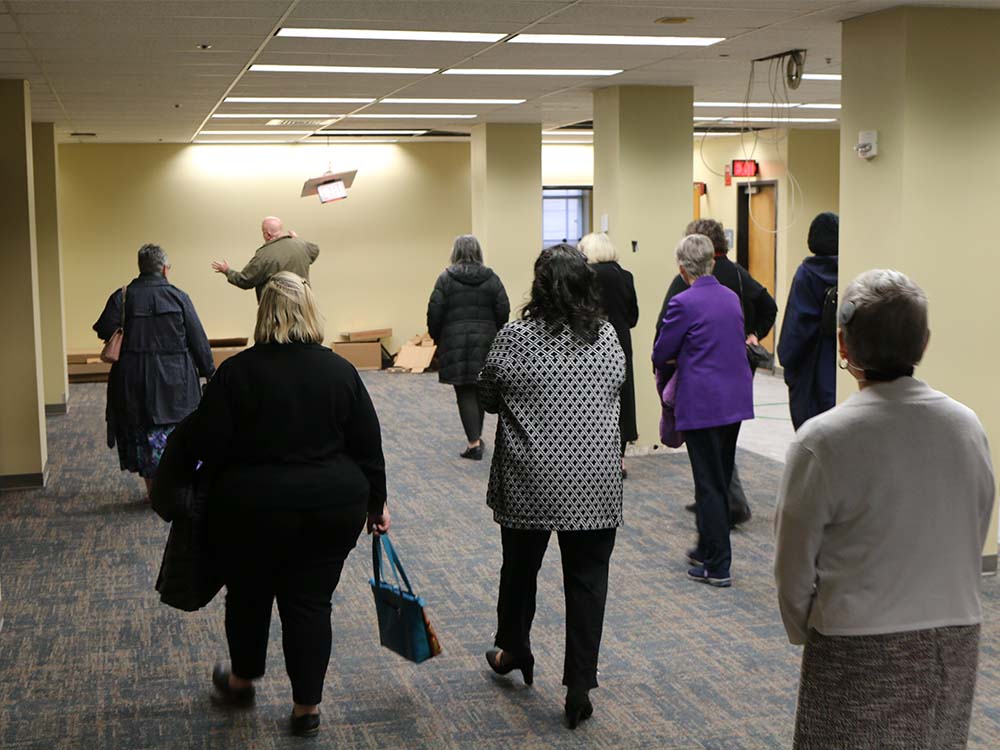 Members of the Committee on the Office of the General Assembly toured the new conference space during their spring meeting in Louisville. Photo by Rick Jones

“We are excited about the opportunity to provide this much-needed meeting space for commissioners and advisory delegates,” said Kerry Rice, deputy stated clerk with the Office of the General Assembly. “We are grateful for this partnership to complete this major project in a short amount of time.”

While General Assembly provided the impetus for the renovation, church leaders say the new space will allow the PC(USA) to reach the broader community and help to hold down costs for meetings related to the church.

Tags: coga, committee on the office of the general assembly, ga225, presbyterian center