Overture regarding severance terms for installed ministers reconsidered and passed 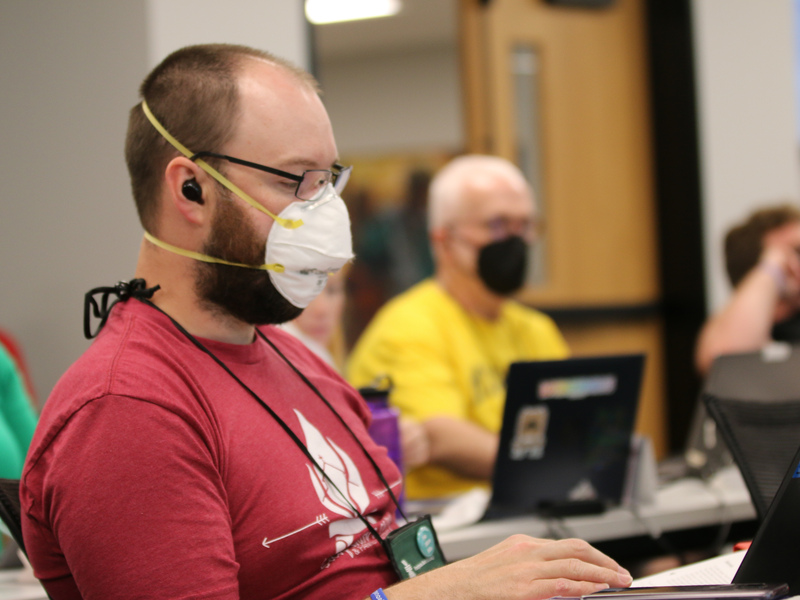 Nathaniel Asperger, a Theological Student Advisory Delegate from the University of Dubuque Theological Seminary, reviews business discussed during the Mid Councils Committee session on June 20, 2022 at the Presbyterian Center in Louisville, Kentucky. (Photo by Randy Hobson)

Nathaniel Asperger, a Theological Student Advisory Delegate from the University of Dubuque Theological Seminary, reviews business discussed during the Mid Councils Committee session on June 20, 2022 at the Presbyterian Center in Louisville, Kentucky. (Photo by Randy Hobson)

The Mid Councils Committee spent the bulk of its final day of business at the 225th General Assembly reconsidering and ultimately approving an overture it had disapproved by a vote of 17-14 the previous day.

The overture from Beaver-Butler Presbytery in Pennsylvania, MC-03, sought to establish the authority of presbyteries to set severance plans for installed ministers. The rationale was that a lack of severance standards can leave installed pastors, as well as temporary ministers, vulnerable. It did not call for a national policy but sought to establish the presbytery’s position in times of transition.

The Advisory Committee on the Constitution recommended disapproving the overture, saying the term severance was problematic because called pastors are not employees. Rather, they are in a covenant with the presbytery and the congregation, and presbyteries could adopt these policies without a constitutional amendment, according to the ACC. The Advisory Committee on Social Witness Policy recommended approval, citing a need for equity in severance.

The committee’s initial vote took place mid-morning Tuesday after brief discussion. Late in Tuesday’s meeting, some committee members expressed second thoughts about the overture, a few allowing that they were confused by the initial vote in which yes meant no to the overture and said it had not received adequate discussion. Some speaking in favor of reconsidering the overture said they could not ignore the 26 presbyteries that had concurred with Beaver-Butler.

Resurrecting and reconsidering the overture took the committee down a knotty procedural path in which it stopped several times to consider the ways forward, guided by parliamentarian the Rev. Brian Ellison. Much of the work centered on addressing some of the issues brought up by the ACC.

When a final vote was called, the committee unanimously supported the overture with amendments, replacing the term “severance” with “dissolution terms” and adding the phrase “and for those serving in temporary pastoral service.”

“The overture that we decided to reconsider becoming unanimously approved made me so happy and proud of our committee,” committee member the Rev. Alex Evangelista said on Twitter.

In its three days of work, the Mid Councils Committee considered 12 items, approved 10, disapproved one overture at the request of its sponsor, and referred one item. The committee ended its time together early Wednesday afternoon with worship and Holy Communion.