GA overwhelmingly endorses efforts to curb violence in the US 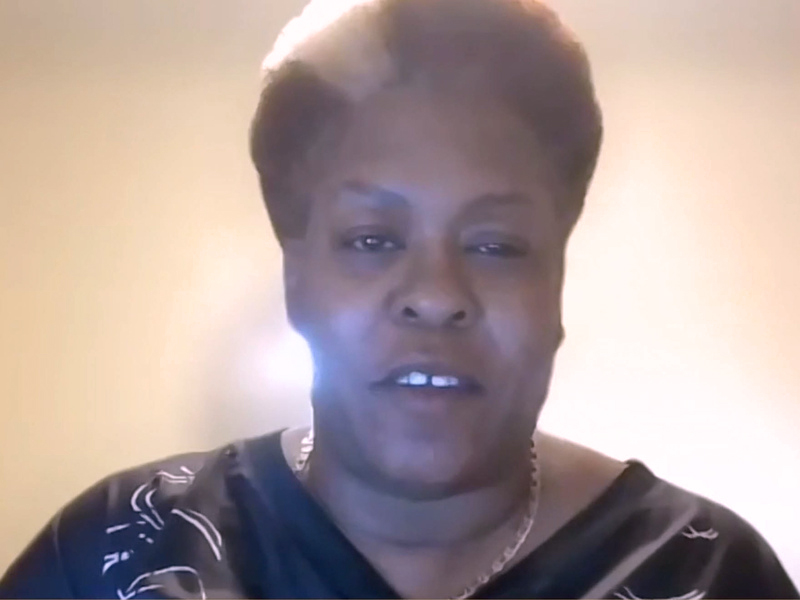 Angela Madison, Co-Moderator of the Addressing Violence in the USA Committee, presented during the ninth plenary of the 225th General Assembly of the Presbyterian Church (U.S.A.) on July 6, 2022, at the Presbyterian Center in Louisville, Kentucky.

Angela Madison, Co-Moderator of the Addressing Violence in the USA Committee, presented during the ninth plenary of the 225th General Assembly of the Presbyterian Church (U.S.A.) on July 6, 2022, at the Presbyterian Center in Louisville, Kentucky.

Wednesday night’s plenary session of the 225th General Assembly of the Presbyterian Church (U.S.A.) was devoted all but entirely to the work of the Addressing Violence in the USA Committee.

As the clock ticked toward midnight, GA225 Co-Moderators the Rev. Shavon Starling-Louis and the Rev. Ruth Santana-Grace informed viewers that the meeting would lose its Korean translator at 11:45 p.m. ET, and due to equity considerations, that would bring the business of the day to a close. At 11:44, with all business of the Violence Committee done, the Co-Mods declared the second day of virtual plenaries over and the screen faded to black.

The ninth plenary was supposed to include more than violence. It started with a quick vote on the one carryover item from the late afternoon session for the Environmental Justice Committee. Then Bills and Overtures Committee Chair Cristi Scott Ligon brought two motions:

“We lament the need for our committee, but we bring our recommendations with hope that the church might be a witness to God’s covenant of peace with us,” Rembert Smith said, introducing the committee’s work.

The first item of business was VIOL-06, a reaffirmation of the policy “Lift Every Voice: Democracy, Voting Rights, and Election Reform,” which was approved by GA218 in 2008 and reaffirmed by GA222 in 2016, with added language reflecting recent events, including voter suppression efforts and attempts to negate the outcome of the 2020 presidential election.

“‘Lift Every Voice’ and events since 2016 demonstrate the close relationship of two matters at the core of our national life (the basic right of citizenship and the history of racism) and the intersection of those concerns with basic elements of our Reformed faith,” the overture rationale said. “Given that the threats to voting rights and the republican bases of our political life together are even greater today than when it was first approved, we believe it is essential that Presbyterians speak their voice in order that the principles and actions of ‘Lift Every Voice’ will be heard in national discussions of this crucial issue.”

Next up was VIOL-07, “Gun Violence Report and Recommendations” from the Advisory Committee on Social Witness Policy (ACSWP), which the committee offered in an alternate resolution to the one initially received. 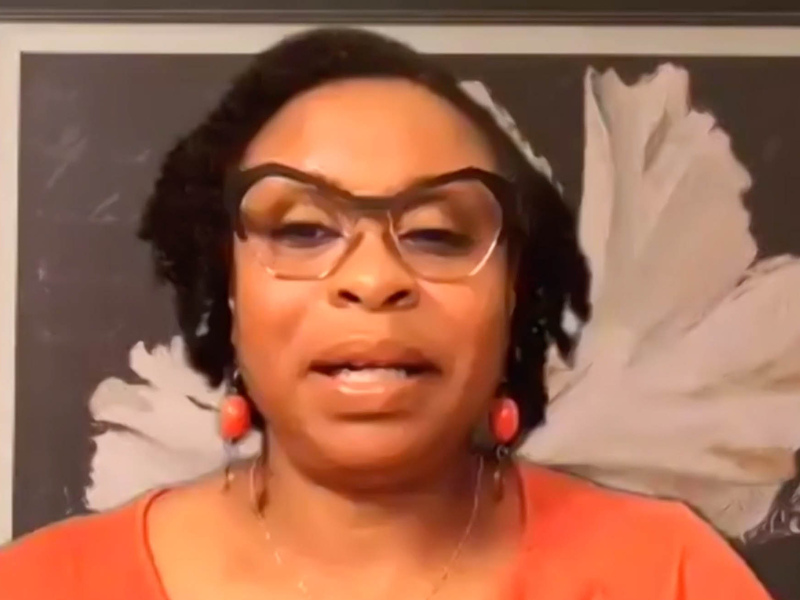 The Rev. Erika Rembert Smith, Moderator of the Addressing Violence in the USA Committee, presented during the ninth plenary of the 225th General Assembly of the Presbyterian Church (U.S.A.) on July 6, 2022, at the Presbyterian Center in Louisville, Kentucky. 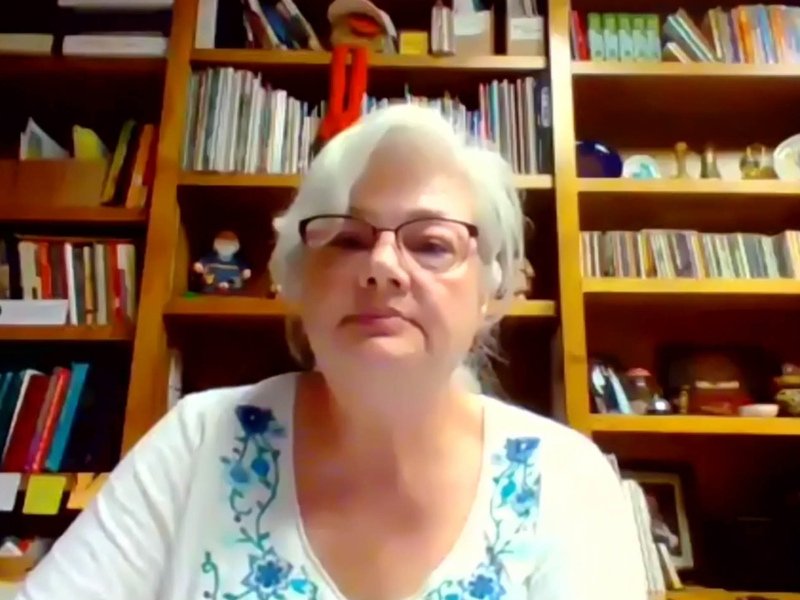 The Rev. Sue Trigger of the Advisory Committee on Social Witness Policy presented one of the major overtures of the evening during the ninth plenary of the 225th General Assembly of the Presbyterian Church (U.S.A.) on July 6, 2022, at the Presbyterian Center in Louisville, Kentucky.

The Rev. Sue Trigger, a member of ACSWP, detailed growth in the gun violence crisis during the 21st century in an increase in gun sales, permissive gun laws and gun violence, including mass shootings, which Trigger defined as incidents with four or more casualties.

“The idea of gun ownership as a God-given right has become tied to a government-granted privilege,” Trigger said. “This idea increased dramatically in 2008, the same year the number of guns manufactured began to rise. The American people have been told by gun manufacturers and their advocates that guns make us safe, but the evidence shows that this is not true.”

Chief among the recommendations in the overture was that, in light of the 10-year anniversary of the adoption of ACSWP’s “Gun Violence, Gospel Values: Mobilizing in Response to God’s Call,” the church “renew its commitment to end gun violence by approving a 10-year campaign, the Decade to End Gun Violence (2022–2032), to be conducted at all levels of the church.”

On the Addressing Violence Committee’s recommendation, commissioners approved the alternate resolution, with amendments, 367–19.

Rembert Smith said the committee felt two other overtures, VIOL-01: “Regarding Our Commitment to Gun Violence Prevention,” and VIOL-05: “On Advocating for Reduction of Firearm Violence,” were answered by action on 07, and the Assembly began to make quick work of affirming that move. But one Young Adult Advisory Delegate (YAAD) wanted to pump the brakes. 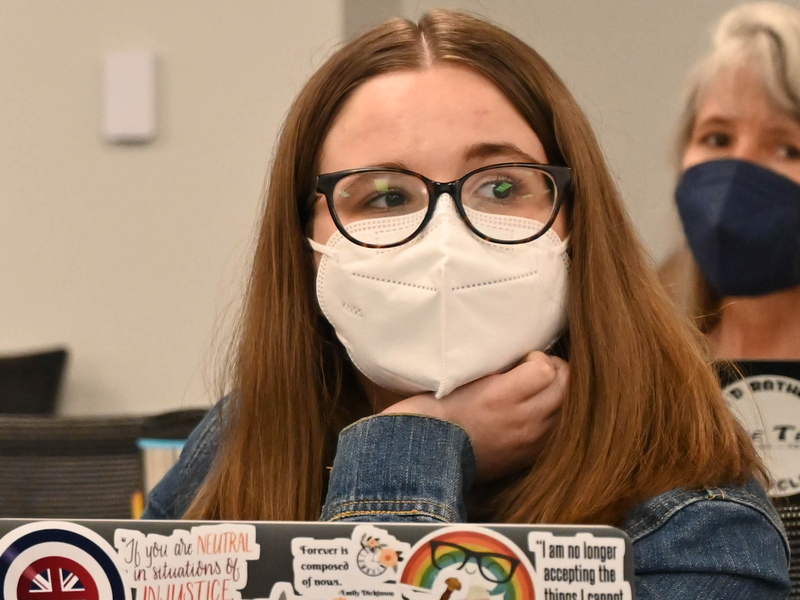 “I know for a lot of YAADs here, and for other people, these are very emotional issues and things that are very important,” said Zoë Goode. “I’m coming to you just having graduated high school in May. We’ve lived through the lockdowns, the threats of violence, the fear and the ongoing anxiety that comes with all of that. And in my lifetime, mass shootings have become the norm. And none of that is OK. That can’t be allowed to continue.

“So, I fully support anything, anything at all that we can do as a church to prevent future gun violence, because to not do so at this point would be despicable and go against everything that I believe we are called to be as a church. So, passing these motions is great. But I also feel like we’re moving very quickly through some of these items that are very important. … I really want to make sure that we’re taking the time to read through and process all of these.”

Two other overtures the Assembly approved, with amendments, Wednesday were:

The last half-hour of discussion did produce one offbeat proposal: an amendment to VIOL-08 that would encourage ACSWP to study whether Presbyterians infiltrating the National Rifle Association to change its political trajectory from the inside is feasible. The idea lit up #GA225 Twitter but was one of the few proposals roundly defeated, 22–336.