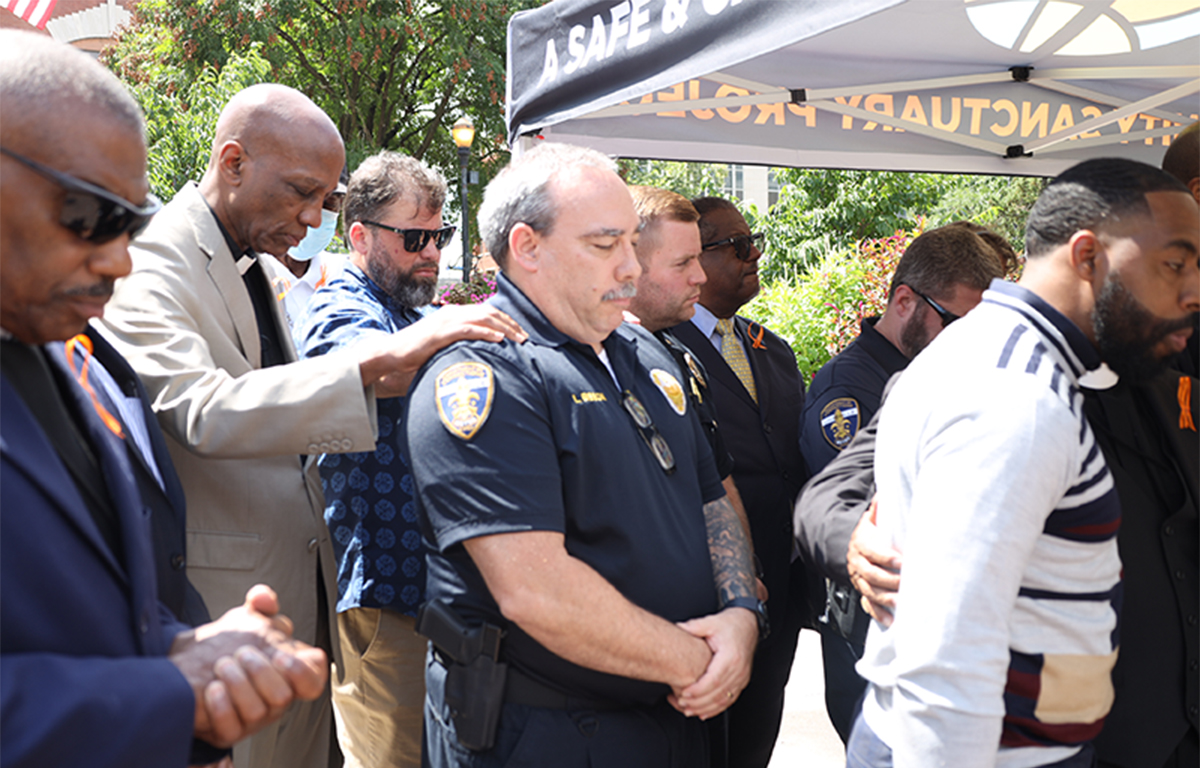 The Rev. Dr. J. Herbert Nelson, II participated “Prayers Across Louisville” with local faith leaders and the city’s mayor. Photo by the City of Louisville.

The Rev. Dr. J. Herbert Nelson, II participated “Prayers Across Louisville” with local faith leaders and the city’s mayor. Photo by the City of Louisville.

They came from various faiths to the center of Louisville’s business and government district with one issue on their hearts: gun violence. The city’s religious leaders represented Catholic, Christian, Protestant, Jewish, Muslim and Buddhist faiths, joining Louisville Mayor Greg Fischer in a call for an end to rising gun violence across the city and the nation.

“Prayers Across Louisville” was organized by the city’s Office for Safe and Healthy Neighborhoods and the Sanctuary Project. Each faith leader was asked to offer a prayer, focusing on all aspects of crime ranging from the accused to the families of those impacted by violence. The Rev. Dr. J. Herbert Nelson, II, Stated Clerk of the General Assembly of the Presbyterian Church (U.S.A.), joined the group, focusing his prayer on those dealing with substance abuse.

“We have individuals who are strung out and stressed out and broken in their lives. We know that you are a God that repairs the breach and gives us life in ways that we can only understand in your counsel and spirit,” he prayed. “Allow us to know that you are God of all time and that in our mercy and in your countenance and in your spirit, we can find something far greater than drugs. We can find something far greater than tearing up our neighbors’ lives as well as those in our homes.”

Fischer told the group that the only way the city and the country are going to progress beyond gun violence is through a community approach.

“This is natural work for our faith leaders,” he said. “Often times, when people perpetrate violence, they’re lost, and they need to find purpose and many people do that through faith. No one can speak to that quite like our faith leaders.”