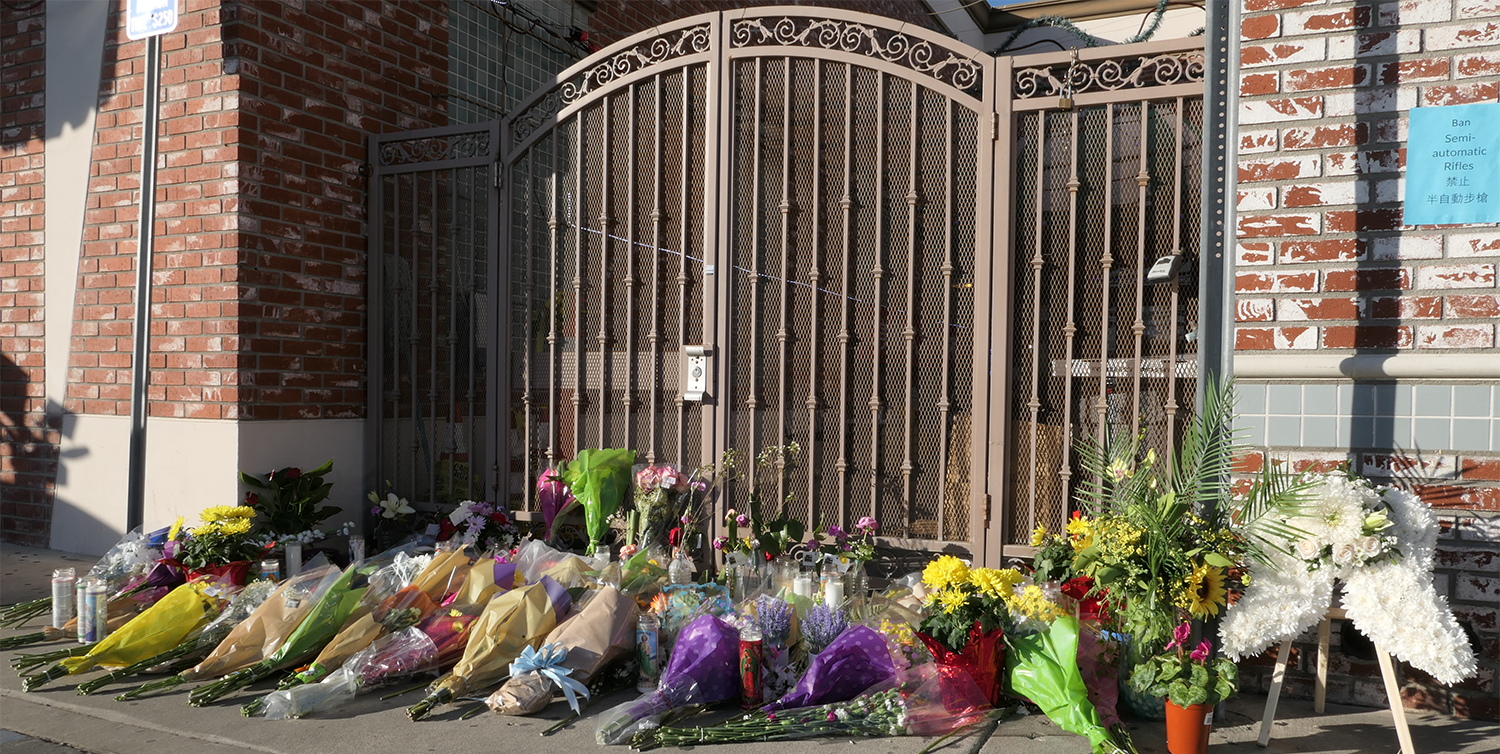 The makeshift memorial outside Star Ballroom Dance Studio in Monterey Park on January 23, 2023. Photo by Zedembee licensed under CC BY SA-4.0.

The Stated Clerk of the General Assembly of the Presbyterian Church (U.S.A.) is once again calling on lawmakers and the Biden administration to take a strong stance on gun control. The Rev. Dr. J. Herbert Nelson, II offered his comments following the mass shootings in recent days that have left as many as 18 people dead.

In a statement, Nelson said, “This is happening way too often and despite cries of families, friends, communities and churches, there is still no action from those who have the power to make real change on gun control.”

Nelson said more than enough blood has been shed for lawmakers to recognize that the situation is out of control, and he urges leaders on both sides of the political aisle to “come to the table” and find a solution.

The Stated Clerk also said that gun control is not the sole problem, adding that more needs to be done to address mental health issues, ensuring that those who need the support from local, state and national governments get it.

The Los Angeles County Sheriff’s Office says the gunman entered a ballroom dance studio in Monterey Park on Saturday night and opened fire on those inside. Witnesses claim he had a semiautomatic gun with multiple rounds of ammunition. Eleven people died in the shooting and nine more were wounded in the attack. The suspect, a 72-year-old man, died of a self-inflicted gunshot wound. Authorities are not clear about what led to the shooting.

A second shooting on Monday at a northern California mushroom farm left seven dead, many of them migrant workers. A suspect has been taken into custody.

A son, daughter, spouse, someone’s child are dead today, because individuals with guns decided to end their lives. I find myself struggling to find new words, new thoughts that can explain my feelings after yet another senseless loss of life. What can drive someone to hate so much that they feel the only solution is to fire as many bullets as they can into anyone they see? This is happening way too often and despite cries of families, friends, communities and churches, there is still no action from those who have the power to make real change on gun control.

The weekend shooting in Los Angeles is one of California’s worst in recent memory. Law enforcement described the scene as pure chaos. A night of celebration had turned into a night of bloodshed. On Monday, seven more people, including some migrant workers, were shot to death at a mushroom farm. For those who have survived, the emotional scars could last a lifetime. Law enforcement will investigate, the physical wounds may heal, but the enduring pain will be a constant reminder of another tragedy that could have been avoided if our government leaders would take the necessary action to keep guns away from those whose sole purpose is to harm innocent people.

Once again, I urge our nation’s leaders, those for and against gun control, to come to the table, put aside their political differences, and find a solution to this problem that has already claimed dozens of lives in just the first three weeks of the new year. Our leaders need to invest in resources to address root causes of this violence, including mental health. Far too often one of the primary factors behind the shootings stem from mental health conditions that have been left undiagnosed or untreated.

We cannot continue to turn our heads away from this national crisis. We cannot be so blind as to not see that we are creating a society that puts our loved ones in harm’s way. We can do better. We must do better.

We grieve with the families of those who died in these tragedies. Our prayers go out to the doctors, nurses and others who are still caring for the wounded. May God’s healing touch bring comfort to all who suffer.