Home News One plus one equals one

One plus one equals one 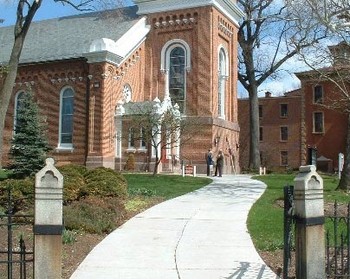 The Rev. Dr. Martin Luther King, Jr. once said, “it is appalling that the most segregated hour of Christian America is eleven o'clock on Sunday morning.” Still today, people of distinct racial groups—black, white and others—largely continue to worship in their respective churches, segregated from one another.

Yet 50 years ago this Christmas, an all-white congregation and an all-black congregation merged to become one church. First Presbyterian Church in York, Pennsylvania, is celebrating the 50th anniversary of that union throughout the month of December.

“Given the tense conditions during 1960s, the 1965 merger was a very courageous occasion for both churches,” says Virginia Hunter, chairperson of the Faith/First merger celebration committee. It was only the third such merger of its kind in the nation at that time.

The need for the merger came about as a result of financial difficulties at Faith Presbyterian, the spiritual home of the black congregation. Faith was given three choices by the national office of the United Presbyterian Church (U.S.A.): Continue operating under their ongoing financial burden, dissolve the church or merge with another congregation. The members chose merger.

“The merger of Faith Presbyterian and First Presbyterian was not just the joining of two groups of worshipers. Many things had to be taken into consideration,” says Hunter. “This was the coming together of two very different living styles as well as two different worshiping styles.”

Hunter recalls, “One church had less than 100 members; the other, more than 1,000. One church building was small, cozy and needing some repairs; the other was large, intimidating and well maintained. One congregation was dwindling and barely able to make ends meet; the other was growing and able to support a budget. One house of worship was unable to financially support a full-time minister; the other was able to employ at least two. But the largest difference that had to be addressed was the fact that one church was predominantly African-American and the other was Caucasian, and these were the 1960s.” 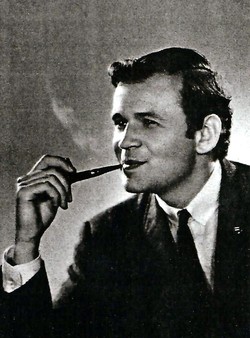 Heading the effort for the all-black congregation of Faith Presbyterian was the Rev. Douglas Parks, a white, 24-year-old graduate of Union Theological Seminary. Parks had spent the previous summer as a civil rights worker in Charleston, South Carolina, and had become a leader of the Charleston movement.

“After a summer of demonstrations, arrests and multiple victories, we desegregated the city and headed up to the March on Washington on August 28, 1963,” said Parks. “Right after that I was introduced to Dr. King, and he played a role in developing my belief system and commitment to nonviolent social change.”

“I prayed over this call for a week and also called Dr. King, who advised me to ‘Go for it; sounds like a good challenge,’” says Parks.

By early 1965, it was clear that First Presbyterian Church was the best partner church for Faith. Its clergy were young and progressive, and members of their congregation were open to the possible merger. While some members of Faith were anxious, most members were excited about the union. After months of meetings between the clergy and numerous committee meetings—some of them heated—and a lot of prayer from both churches, the merger was complete.

Even though the governing bodies of both churches worked hard to assure their congregations “everything would work out,” some members in each congregation could not accept the necessary changes to implement the merger and chose to leave their respective churches.

“But through the saving grace of God our Father, many more decided to stay,” Hunter said. “With the Holy Spirit hovering over the new church, the two congregations molded together and became as one. The first joint worship service was held on one of our most holy days—the day we celebrate the birth of our lord and savior, Jesus Christ. And that Christmas in 1965 gave us much to celebrate.”

“The historic merger that occurred 50 years ago demonstrates that we are willing to take on challenges that may intimidate others. I pray that God will allow us to continue on, doing the work that he established for us. For it was only through his loving grace that we were able to withstand the turmoil that occurred those years ago and come out of it a strong, unified church. God has smiled on First Presbyterian Church of York, Pennsylvania.”