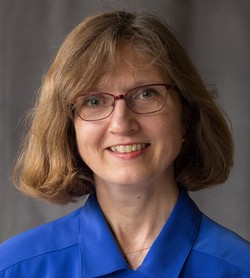 Susan Holman, a senior writer at the Global Health Education and Learning Incubator at Harvard University, has won the 2016 Grawemeyer Award in Religion presented by the University of Louisville and Louisville Presbyterian Theological Seminary.

She received the award for her book, “Beholden: Religion, Global Health, and Human Rights,” which examines how healthcare efforts based on a human rights approach can overlook the important role religions play in communities; and how faith-based initiatives are often more focused on the benefactor than on the recipient of care.

Holman says that although faith-based and human rights organizations work to address global health issues, divergent ideological approaches can create discord and ultimately undermine the efforts of both groups. The book highlights how a combined approach—incorporating religious views and traditions with dialogue about economic and social rights—can be useful in combating global health problems.

“Health care and human rights folks are brilliant at valuing the individual person; hearing their stories; recognizing where social issues are really the underlying health problems that need to be addressed; and clear thinking about risks, diseases and action plans,” she says, noting religious groups bring, “[A] deep commitment to volunteer ethics; often strong funding resources since tithing and ‘alms/charity’—usually defined as money—is a moral mandate in all the world's major religions; and often also a particular ability to appeal and include youth in faith-based responses.”

Finding means of connecting the two groups, she says, may be best accomplished around study-service opportunities offered at universities, or in college-age and young adult groups, where humanitarian and religious motivations often intersect. 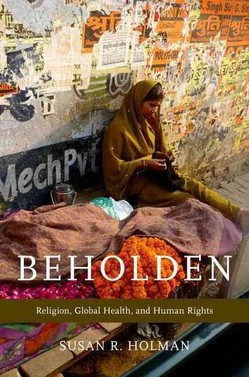 “This is theology at ground level,” says award director Shannon Craigo-Snell. “Holman investigates specific events, people and situations to glean wisdom regarding both religion and global health. By the final chapter, she evokes an image of global humanity in which we all recognize that we are beholden to one another—both givers and receivers in inescapable interconnection.”

One such example Holman shares is based in India, where health providers have worked with information technology to provide clinics at two massive Hindu religious bathing festivals where millions of people crowd together for ceremonial cleansing in “waters that are not exactly clean.”

“The health initiatives have been able to coordinate an amazing system to keep disease at a minimum, and identify and report sanitation-related health risks very fast,” she says. “This is all done in a very low-income country at incredibly low cost, and suggests a model that health workers see might also work for emergency refugee camps—where many different sorts of religious groups are often very involved.”

As for what she’ll do with her $100,000 prize, Holman says, “I’m still thinking very carefully about this.”

She adds, “It is a phenomenal honor, and unique opportunity for unprecedented time to explore these interests in new directions. I'm especially inspired by Charles Grawemeyer's vision that the award recognize creativity, and whatever I do will aim to honor that vision.”

Holman holds a Ph.D. in religious studies from Brown University, a Master of Theological Studies degree from Harvard Divinity School, and a Master of Science degree in nutrition from Tufts University School of Nutrition Science and Policy. Her two undergraduate bachelor’s degrees—one in psychology and one in nutrition—are from Valparaiso University in Indiana.

Holman is one of five Grawemeyer Award winners being named this week. The University of Louisville presents the prizes annually for outstanding works in music composition, ideas improving world order, psychology and education and presents a religion prize jointly with Louisville Presbyterian Theological Seminary. The 2016 winners will present free lectures about their award-winning ideas when they visit Louisville in April to accept their $100,000 prizes.