How Presbyterians interpret the Bible

Disagreements about Scripture’s meaning abound, but some general guidelines can help. 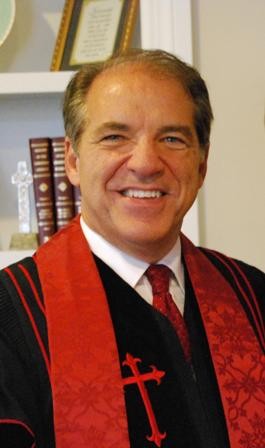 “Presbyterians sure like to fight!” Whether recounting the war stories of the Scottish Highlanders or the political battles of the most recent General Assembly meeting, Presbyterians have engaged in many a high-minded, ideological argument. Many of those battles have been incited by disagreements on how to interpret and respond to the teachings of Scripture.

Presbyterians take the Bible seriously; it is the defining document for their faith. However, the diverse forms and content found within many passages of Scripture have generated a broad range of interpretations.

Many ask, “How can documents written by humans be truly God’s Word?” For Presbyterians the best answers can be found not so much by speculating over the “idea” of biblical authority—which inevitably leads to many more questions—but by studying the Scriptures themselves. The “doctrine of inspiration” is best grasped as we practice the essential task of study—that is, reading the text.

In recent decades, General Assemblies have provided essential guidelines for such reading and interpretation. To put those guidelines simply, “Read the text, in its historic and literary contexts, within the broader biblical context, and look for appropriate points of application in order to live it in the here and now.”

(1) First, in order to understand the meanings of Scripture, we need to be reading Scripture.

(2) Second, we need to read in context. Each of the Bible’s books was written in a particular genre by a particular person at a particular time for particular readers to provide particular information that addressed particular concerns. The first challenge for today’s reader is to try to identify as accurately as possible what those particulars were.

Some books are written like history texts (such as Joshua and Chronicles), while others read more like memoirs (the four Gospels), letters (Romans), poems (Psalms), or sermons (Hebrews). Some writings assemble a mix of genres (such as the parables and miracle stories found in the Gospels). When reading such varying genres, common sense dictates that we “hear” the way the writer is writing, just as newspaper reading requires us to differentiate between the varying approaches of the news reporter, the editorial writer, the sports reporter, and the comic strip writer.

(3) We also need to read within the broader biblical context. Having considered the intended meaning of a particular text, we need to compare that text with other biblical texts that address related subjects. A basic Bible study library can facilitate such study. Concordances list the particular places where a word is found in the Bible. Topical Bibles categorize Scripture passages by subject matter. Cross-references, such as those found in most study Bibles, offer texts on comparable subjects.

When comparing Scripture passages, some apparent contradictions will emerge. Such dilemmas are usually solved when each passage is studied in its own context.

Ultimately the topic needs to be considered in the context of the broadest biblical themes. Special weight ought to be given to the “rule of love”—that is, “How does this passage help the reader better fulfill Scripture’s highest law to ‘Love your Lord with all your heart, your soul, your mind, and your strength, and to love your neighbor as yourself?’”

(4) Finally, we should hear the text through the voices of the church through the centuries. The work of many scholars’ interpretations can inform our study as we read their commentaries, study guides, and theological treatises. The church’s Confessions are also essential.

Even after the best and most thorough study is done, we must all acknowledge mysteries we cannot hope to fathom in our mortal lifetimes. For now “we know only in part . . . . we see in a mirror, dimly” (1 Cor. 13:9, 12). Until that day when such things are revealed, grace must rule our hearts as we seek to remain unified in those things we know to be true.

Ultimately, the best biblical student is the one who not only seeks to understand but also is committed to applying the message of Scripture. “Be doers of the Word, and not merely hearers,” says the writer James (1:22). May it be so for all of us! And may it be that by doing the Word, we will fight a little less and love a little more.

Jack Haberer is pastor of Vanderbilt Presbyterian Church in Naples, Florida. This column is adapted from a longer article, a “Leader Reader,” published by the Presbyterian Publishing Corporation. For more resources like this one: pcusastore.com. Be sure also to watch for Jack Haberer's new book, It's Complicated: A Guide to Faithful Decision Making, due to be released this spring.