Atlanta pastor to serve as manager of call process support 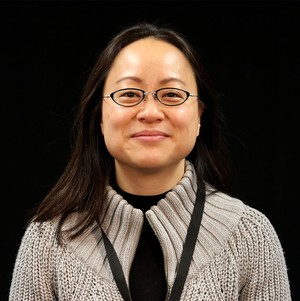 Rev. Jihyun Oh, manager of call process in the Office of the General Assembly.

The Reverend Jihyun (pronounced “Jee-hun”) Oh, a pastor in the Presbytery of Greater Atlanta, has joined the staff of the Office of the General Assembly as manager of call process support. She’ll work part-time through the end of the year and will begin working full-time in Louisville on January 1, 2018.

Oh is a graduate of the Massachussetts Institute of Technology and Columbia Theological Seminary, where she is also working on her Doctor of Ministry (D.Min.) degree. Ordained as a minister of Word and Sacrament in August 2007, she is currently interim pastor of Oglethorpe Presbyterian Church in Atlanta (Brookhaven), Georgia. Oh previously served congregations in Georgia and Illinois, and also served as staff chaplain at a level-1 trauma center's intensive care unit and stroke center in Atlanta.

In her new job—a reconfigured position within the OGA’s Mid Council Ministries area—Oh will be responsible for providing support, resources, and training for committees on ministry in the Presbyterian Church (U.S.A.)’s presbyteries, including their call processes. She will also carry management responsibility for the Church Leadership Connection.

“I have always been energized by working in critical situations: a changing context, loss and trauma, and/or transitions, among others,” Oh said. “While these are difficult times and situations, they are also opportunities for us to see God re-create, redeem, and sustain Christ’s body in ways we may never have imagined before. Many of our churches are in the midst of these critical times, especially as they wrestle with changes in their neighborhoods, changes in their mission, and even changes within themselves with passing generations, moving members, fluctuating budgets, transitioning leadership, and shifting identities and calls.”

“Jihyun brings a wealth of knowledge and experience to this position,” said Deputy Stated Clerk Kerry Rice. “We are excited to have Jihyun join the OGA team and bring her leadership to this important work that is central to the life of congregations and presbyteries.”

Oh has a wide range of experience in the PC(USA). She has held leadership positions in the Presbyteries of Greater Atlanta and Chicago and was a commissioner to both the 221st General Assembly (2014) and the 222nd General Assembly (2016), at both of which she served as a committee leader. She is currently on the Board of Directors of the Presbyterian Church (U.S.A.) Foundation.

She has completed Clinical Pastoral Education and Interim Ministry Training, has been active on the Shalom Team of the Presbytery of Greater Atlanta doing conflict utilization work, and has served as both an English- and Korean-language Standard Ordination Examinations reader.

“I am excited and thankful to be called to the work of supporting churches and mid councils as they wrestle with these opportunities and challenges, as they wrestle with what it means to be church in the 21st century, and as they discern what it means to call a pastoral leader in these times,” Oh said. “I am also excited and thankful to be called to support pastoral leaders as they discern how they can connect with and offer leadership to churches that need the specific strengths, talents, and passions that they have been given by God for these times.”