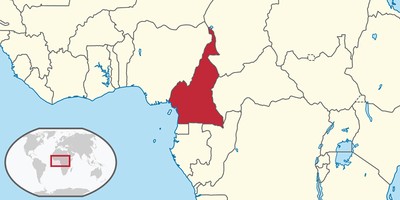 I urgently call you to prayer for our partners and friends in Cameroon, a nation still wrestling with the impact of past division by colonial powers into French-speaking and English-speaking regions. Concerns among English-speaking citizens that they are treated as second-class citizens in this majority French-speaking nation have spawned separatist movements. Clashes between separatists and government forces have left many dead. Most recently a group of armed men entered the campus of the Presbyterian Secondary School (PSS) at Nkwen, Bamenda, and abducted 78 students and three staff members, according to a statement by the Rt. Rev. Samuel Fonki, Moderator of the Presbyterian Church of Cameroon (PCC). We rejoice in the release of the students less than 24 hours after their abduction, but continue to pray for staff.

Over the past two years, the government, intending to quell the political protests, closed down a number of businesses and shut down the internet access in the two English-speaking provinces, in an effort to quell the political protests. In addition, church hospitals have been vandalized, seven of the PCC’s health centers have been rendered non-functional, and doctors and nurses are afraid to work. Nearly two thirds of the church’s 223 schools were closed for the last academic year, and 128 PCC parishes have been unable to operate normally.

In October 2017, the PCC issued a statement that opened with a prophetic call for peace:

“At a time when fear and uncertainty are looming in the air, as a time when emotions have taken over reason, at a time when the sacredness of human life has been defiled, at a time when we are creating more enemies than friends, at a time when division seems to be destroying the unity of our people, and at a time when we do not seem to trust each other, we are here again to remind all Presbyterians and the people of Cameroon of our collective responsibility and role as a church and as a people in these trying moments of our nation’s history.”

Our sisters and brothers of the Presbyterian Church of Cameroon (PCC) stand in the vanguard of the efforts to calm the situation and create the possibility for peace across the nation. It is incumbent upon us all to lift our voices to God in prayer, calling for calm among all the parties and asking God to shape the will of those in authority to seek peaceful and just solutions to the escalating conflict.

We can also encourage US officials to take leadership in helping to find a diplomatic solution to the current crisis. Please consider writing or calling Secretary of State Mike Pompeo to thank him for the State Department’s call for peaceful dialogue and unhindered access to humanitarian aid workers.  Ask him to continue to monitor the situation and work for a peaceful resolution to the conflict.

Education can help promote understanding and peace. Your support will make a difference by giving to help:

For those who wish to stay connected and informed about our partnerships in Cameroon please send your contact information to PCUSA regional liaison, Jeff Boyd at jeff.boyd@pcusa.org.

In the name of the One who is the Prince of Peace,