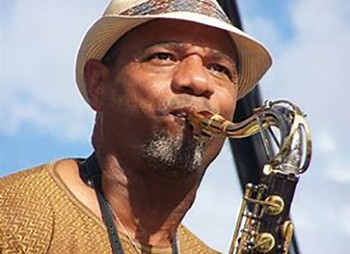 Veteran General Assembly-goers aren’t going to know quite what to do.

In a dramatic departure from longstanding practice, the Thursday evening (June 21) business session of the upcoming 223rd General Assembly (2018) in St. Louis will be replaced by a jazz concert featuring Grammy-winning tenor saxophonist Kirk Whalum and a celebration of the Presbyterian Church (U.S.A.)’s “Hands & Feet” initiative.

“The Stated Clerk (J. Herbert Nelson, II) has been concerned about the unrelenting pace of the assembly and believes that setting aside Thursday night for celebration and music will set the right tone for Friday’s discernments,” says Tom Hay, director for assembly operations in the Office of the General Assembly.

Those who wonder how the assembly can complete its business with one fewer business session needn’t worry, Hay added. “Since the advent of PC-biz—the online business tracking system—committee reports are up much earlier and we no longer need Wednesday morning for publishing and reading, giving us a chance to convene for worship that morning and get a head start on the work.”

Kirk Whalum’s sound was forged from his Memphis gospel roots and refined in the Houston nightclub scene. He has released more than two dozen albums, including the smash hits “Cache” and “For You.” Whalum has also been an in-demand session player for top artists like Barbara Streisand, Al Jarreau, Luther Vandross, Larry Carlton, Quincy Jones, and most notably, Whitney Houston, among many others. It’s his sax heard on the mega-hit, “I Will Always Love You.”

An ordained minister, Whalum serves his community in various ways when his touring schedule allows. There is also his daily fifteen-minute podcast, Bible In Your Ear (BIYE), in which he invites you to listen along as he reads through the Bible in a year. In addition to music and ministry, Whalum is a passionate educator, currently engaged as a music professor at Visible Music College in his hometown of Memphis.

Whalum is the recipient of numerous awards for his musical excellence including three Dove Award nominations, an NAACP Image Award nomination, and has won two Stellar Awards—Gospel music’s highest honor. A twelve-time Grammy nominee, Kirk won his first Grammy award in 2011 for Best Gospel Song: “It’s What I Do,” featuring Lalah Hathaway alongside lifelong friend and songwriter, Jerry Peters.

The “Hands & Feet” initiative was inspired by J. Herbert Nelson, II. Before, during, and after each General Assembly, Hands & Feet groups engage in education, community service, and social witness around issues facing the cities where the assembly is held.

“We don’t want the Presbyterians to be simply another convention that comes to town, meets and spends some money, and then leaves without engaging the people and communities there in a sustained effort to support our Presbyterian brothers and sisters in making an impact,” Nelson explains.

“Over the course of assemblies in St. Louis (2018), Baltimore (2020), and Columbus, Ohio (2022), thousands of Presbyterians from across the church will be adding their hands and feet to the ministries of the presbyteries in those cities,” Hay says. “On Thursday night we celebrate their work and contribute to this ongoing Hands and Feet Initiative.”