Home News A beachhead for ministry in eastern Cuba

A beachhead for ministry in eastern Cuba

Jerry Van Marter | Office of the General Assembly Communications - May 25, 2018 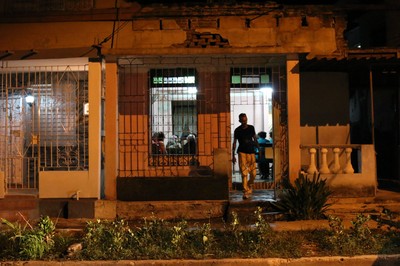 A view from the street of the Presbyterian Mission in Holguin. —Photo by Raiza Ortega

HOLGUÍN, Cuba – It’s Friday night in Holguín and the streets of this city in northeastern Cuba are filled with noisy revelers – just like bustling metropolises everywhere. Music is in the air, motorcyclists roar up and down the street, people laugh and talk.

But in the front room of a small house, about 40 Presbyterians, several with small children sitting on their laps, are at worship. The Presbyterian Mission at Holguín of the Presbyterian Reformed Church in Cuba (IPRC) regularly worships on Sunday mornings, but the Rev. Edelberto Valdes, IPRC general secretary, and the Rev. Ary Fernandez, the denomination’s moderator, have come for a rare visit, so Friday night it is.

The liturgy is familiar to any Presbyterian anywhere. Some of the hymns are accompanied by recorded music coming from the left front corner of the room. Others are sung a cappella, led by the energetic Valdes. The service is frequently interrupted when the racket from the street comes booming through the open shutters on this warm evening. But these worshipers are single-minded and intent. 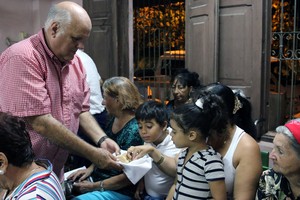 Edelberto Valdes serves communion to worshipers at the Presbyterian Mission in Holguin. —Photo by Raiza Ortega

As with many of the Presbyterian missions in the relatively remote eastern regions of the island, this little band of believers rarely sees an ordained pastor, and so the people have saved up much activity for which they need Fernandez and Valdes.

First there is a baptism. Xiomara Alonso, a bubbly woman probably in her 60s, has been waiting quite some time for a pastor to come to the Presbyterian Mission at Holguín so she can be baptized. Then she and five other newcomers to the mission are received as “members” (though the mission is not a formal IPRC congregation).

And there is the celebration of the sacrament of the Lord’s Supper – a rare occurrence here. Fernandez and Valdes have never visited this mission because of the time and expense it takes to get here. Some pastoral service is provided by a Quaker clergywoman in town who works closely with the Evangelical (Presbyterian-Protestant) Theological Seminary in Matanzas – a 14-hour drive away – to provide extension courses in Holguín. 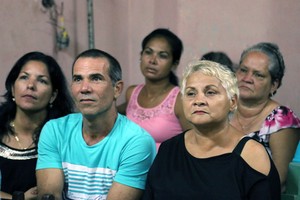 Worshipers at the Presbyterian Mission in Holguin pay close attention to the sermon. —Photo by Raiza Ortega

After worship, Valdes and Fernandez talk with the mission’s members about their diaconal ministries in Holguín and how the IPRC can be more supportive. All of the Presbyterian missions in eastern Cuba are responding to a litany of social problems: alcoholism, domestic violence, teen pregnancy, unemployment.

The IPRC, which currently consists of three presbyteries – Havana, Matanzas and El Centro – would like to create a fourth presbytery in the eastern part of the island to provide more support to the churches and missions out here. This little building, with its pink walls and worn ceramic tile floor, would be an ideal place to locate the new presbytery. Quiet conversations are going on to make that happen. 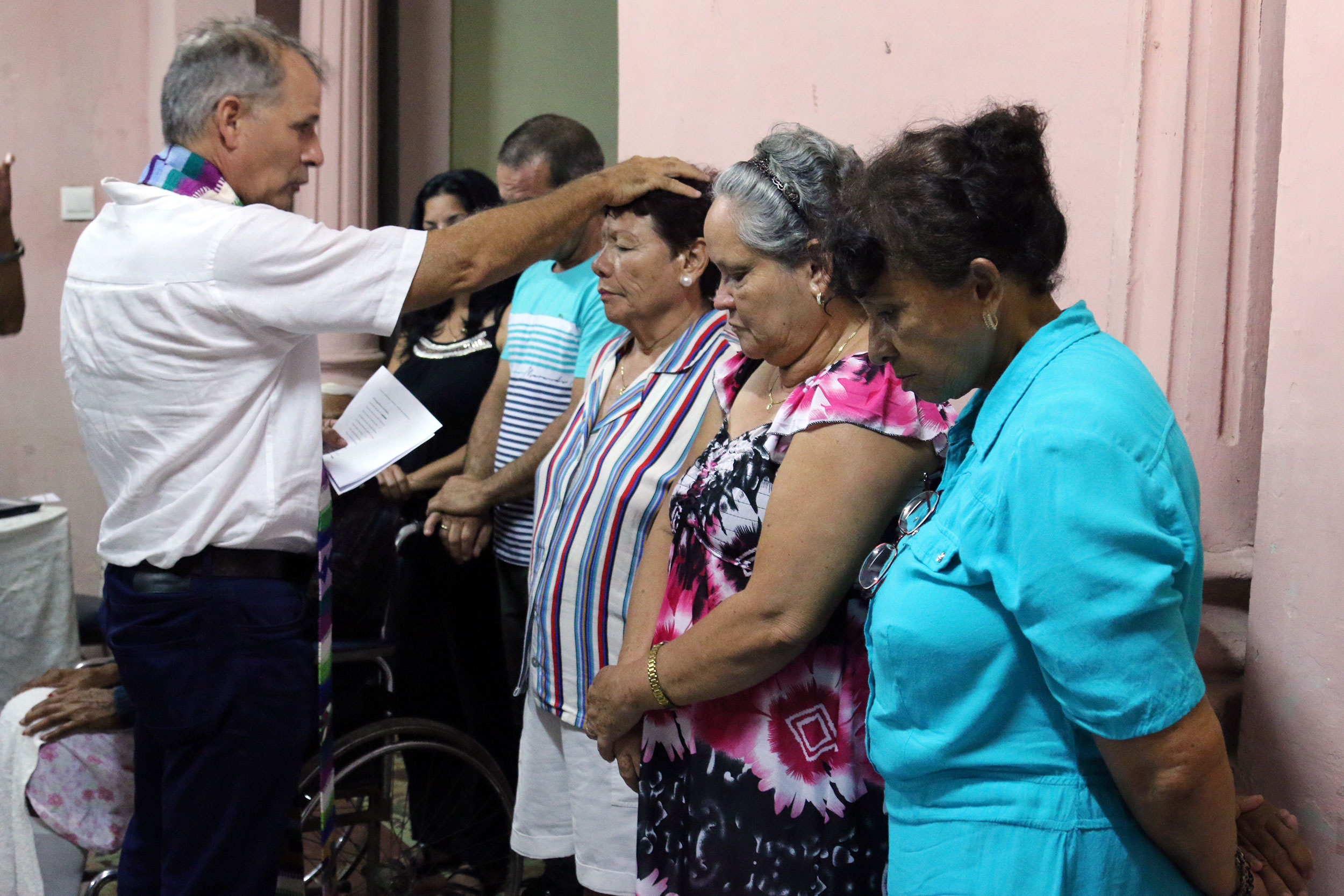 Ary Fernandez baptizes Xiomara Alonso as other new members of the Presbyterian Mission in Holguin look on. - Photo by Raiza Ortega

A delegation sponsored by the PC(USA) Office of the General Assembly (OGA) visited Cuba May 3–11. Members of the delegation included the Rev. Jerry Van Marter, interim director of communications for OGA; Randy Hobson, the OGA’s photographer/videographer; Frederick Tangeman, director of communications and marketing for the Presbyterian Historical Society; and the Rev. Byron Bland, a member of San Jose Presbytery who is an international conflict resolution expert at Stanford University. They were accompanied by the Rev. Jo Ella Holman, regional liaison for the Caribbean (including Cuba) for Presbyterian World Mission; the Rev. Edelberto Valdes, pastor of the Presbyterian Church in Caibarién, Cuba, and general secretary of the Presbyterian Reformed Church in Cuba (IPRC); and the Rev. Ary Fernandez, pastor of Central Presbyterian Church in Matanzas, Cuba, and moderator of the IPRC.