The 223rd General Assembly of the Presbyterian Church (U.S.A.), like its two immediate predecessor GAs, will consider a recommendation to divest from the fossil fuel industry.

The Assembly Committee on Environmental Issues voted 35-20 to recommend approval of  Overture 08-01, drafted by the Presbytery of Hudson River with the concurrence of more than 40 presbyteries. The overture was not substantially amended during the committee’s two days of meetings, yet it did some heavy lifting by “answering” three similar overtures considered by the committee. 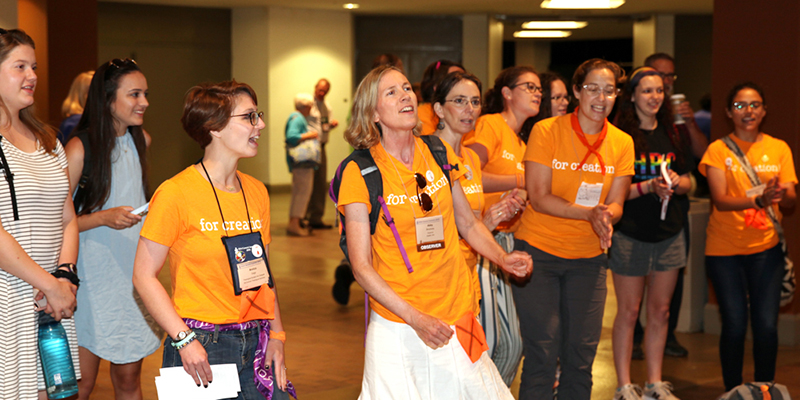 Those overtures — 08-02, 08-08 and 10 — called for divestment using different criteria, or instructed the Church’s office of Mission Responsibility Through Investment (MRTI) to continue its current evaluation of and engagement with fossil fuel producers the Church invests in. Responding to commissioners’ questions about the seeming irreconcilability of the four overtures, Rob Fohr, MRTI’s director of faith-based investing and corporate engagement, said, “If the General Assembly votes to divest, MRTI will no longer be at the table.”

Statements from advocates of divestment presented testimony about the human impact of pollution and climate change in the United States and around the world, from India to Nigeria to Nicaragua. Voices on both sides of the divestment issue spoke about last year’s climate-change-linked devastation in Houston and Puerto Rico.

In addition to calling for divestment from fossil fuels, the committee-approved overture, 08-01, instructs the investing agencies of the PC(USA) — the Board of Pensions and the Presbyterian Foundation — “to actively seek out and invest in securities of companies whose predominant focus is in renewable and/or energy efficiency” and “to report to the 224th General Assembly (2020) about their progress.”

The committee also will be sending a minority report to the full Assembly that recommends Overture 08-08, which would instruct MRTI to continue its current engagement process with the fossil fuel industry.

Committee 8 also approved overtures calling for: reduced use of Polystyrene foam; a lower church-wide carbon footprint; the adoption of the “precautionary principle” approach to risk assessment; and increased advocacy for environmental justice and against environmental racism.

Desiree Lawson, a pastor from the Presbytery of Huron, told the committee that her home town of Flint, Michigan, “can’t trust the water coming through our pipes,” and that “GE stopped using Flint water because it was corroding engines.” She said “black people (in Flint) are not allowed to talk about this issue because we are not a priority, we are not valued.”