Youth pitch in to share God’s love in Ferguson

Cleaning basements, tearing down metal sheds and filling dumpsters are hardly the activities most high school students choose for summer vacation. But that’s exactly what two groups of Presbyterian youth are doing in Ferguson, Mo., this week as part of the Hands and Feet initiative. 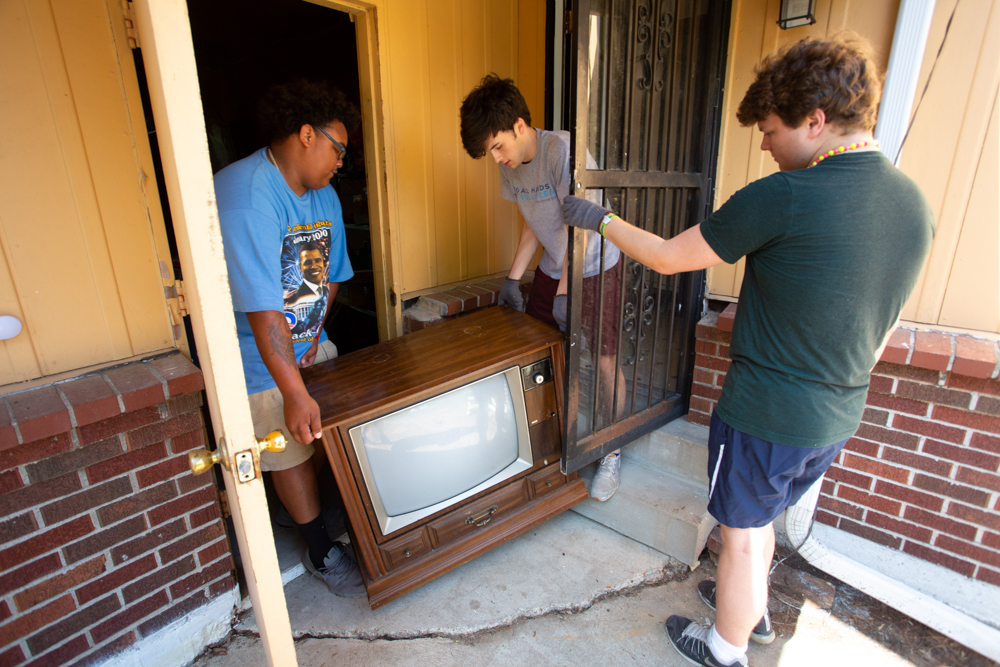 Caleb Morris, Evan Holmes and Grady Stevens of Louisville carry a TV to a dumpster near Ferguson, Mo., on Tuesday, June 19, 2018. (Photo by Michael Whitman)

Ferguson, a St. Louis suburb of 21,000, garnered national attention in August 2014, when a white police officer shot and killed Michael Brown, an unarmed black teenager. The Hands and Feet initiative was planned as a way for the PC(USA) to have a positive impact in the St. Louis area in conjunction with the 223rd General Assembly (2018). Presbyteries were invited to send mission teams to the Presbytery of Giddings-Lovejoy. The initiative will be replicated in future General Assembly cities.

On Tuesday, youth from Highland Presbyterian Church in Louisville helped a resident living near Ferguson clear out junk and debris from her basement. The homeowner was referred by a St. Louis County governmental office overseeing problem properties.  The homeowner’s daughter said her mother’s advanced age and dementia have made housekeeping tasks difficult. She was grateful for the help from Hands and Feet. “It truly is a blessing,” she told the group. “I’m overwhelmed, but in a good way.” 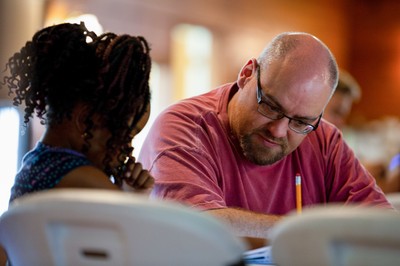 The Rev. Doodle Harris, associate pastor of Highland Presbyterian Church in Louisville, brought seven volunteers to the woman’s house. Harris said the youth are benefiting from participating in both the Hands and Feet project and General Assembly.

“What’s been most important have been the conversations on race,” Harris said.

Abby Sekula, a student from Louisville, agreed. “I think it helps us get a better understanding of the situations people face,” Sekula said.

Brock said the intent of Hands and Feet to offer service in the host city makes sense. Until now, he said, “one of the things about General Assembly is that there has not been much focused on the city itself.”

First Presbyterian Church in Ferguson has been hosting work teams since 1998, says church trustee Duane Mazzacavallo. As the coordinator of St. Louis Urban Missions, Mazzacavallo connects work teams with various agencies in and near Ferguson.