Assembly honors the memory of Ben Weir and Jack Rogers

Two former moderators remembered for their service and witness 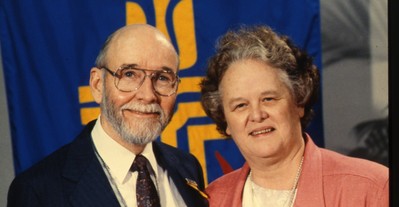 The 223rd General Assembly on Thursday paid tribute to two former GA moderators who have died since the last Assembly.

Weir and his wife, Carol, who died in 2010, were Presbyterian Church (U.S.A.) mission co-workers in Lebanon from 1953 to 1985. Ben Weir was kidnapped on the streets of Beirut in 1984 by a faction in Lebanon’s civil war and was held captive for 16 months. He was one of seven Americans kidnapped in Lebanon over a 14-month period.

After returning to the United States, the Weirs taught mission and evangelism at San Francisco Theological Seminary until their retirement in 1995.

“Ben oriented his life toward the relentless and often risky struggle for justice,” said Debra Avery, pastor of First Presbyterian Church of Oakland, Calif., where Weir worshiped. This commitment, she said, continued until the end of his life.

Avery said that a “leader of Lebanon’s oppressed Shiite Muslim community” approached Weir in 1975 as unrest in Lebanon began to worsen. The leader, she said, told Weir “my people are in trouble” and asked for his help.

“Ben wrote that it was in moments like this that faith lets you know that you can’t stand back and say, ‘I’m not here,’ hoping that the trouble will go away,” she said. 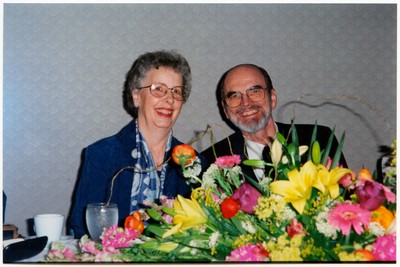 Beth Hessel, executive director of the Presbyterian Historical Society, said Rogers’ work as a theologian was deeply related to his life as a Presbyterian. The 13 books he authored “deepened our ability as Presbyterians to think holistically about Scriptures and the Reformed tradition,” she observed.

Hessel noted Rogers’ multiple denominational involvements, including his service on the committee that drafted the PC(USA)’s Brief Statement of Faith.

“He embodied that commitment in the way he carried out his work and in the way he integrated his insatiable and faithful curiosity about the endless manifestations of God’s word in God’s world,” she said.