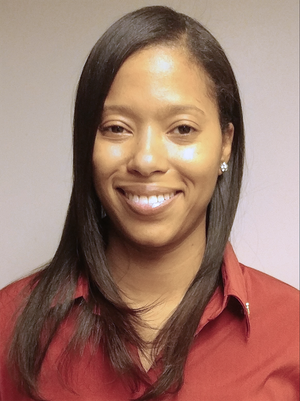 Presbyterian Church (U.S.A.) General Assembly Stated Clerk the Reverend J. Herbert Nelson, II, has announced his appointment of DeAmber Clopton as budget manager for the Office of the General Assembly. She begins her new work September 4.

Clopton, a native Louisvillian, earned both a Bachelor of Science degree in accounting and a Master of Business Administration degree from Louisville’s Sullivan University. She has served in both auditing and senior accounting positions for businesses and nonprofits.

Clopton was an auditor for Ernst & Young; a senior accountant for Seven Counties Services, a Louisville-based nonprofit behavioral health organization that serves more than 150,000 people of all ages in a five-state region; and as senior accountant for Churchill Downs, Inc., which owns and operates several horse-racing tracks, including the fabled home of the Kentucky Derby.

“I wanted to work more in an organization that gives back to the community,” Clopton said of her new position with the Office of the General Assembly.”

Cora Brown, OGA’s manager of administration and human resources officer, said: “We welcome Ms. Clopton in this important role. We believe her gifts will be one of the myriad ways that OGA can demonstrate its continued commitment to good stewardship and faithfulness by the way it manages the financial resources entrusted to us.”

Clopton will be responsible for managing the per capita budget of the General Assembly, which in 2018 totals $14,214,859. Of that amount, just more than $3 million goes for some of the administrative expenses of the Presbyterian Mission Agency. OGA is entirely funded by per capita apportionments.