Home News Moderator of the 186th General Assembly passes away

Moderator of the 186th General Assembly passes away 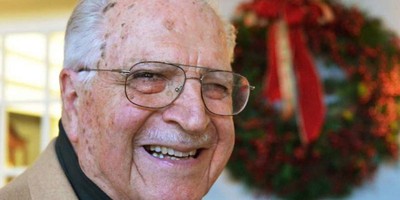 A moving force in the United Presbyterian Church died last week. The Rev. Robert Lamar, a retired pastor, served as Moderator of the 186th General Assembly in 1974.

Lamar, 96, died peacefully at St. Peter’s Nursing and Rehabilitation Center in Albany, New York, where he’d lived for a year.

A Salt Lake City native, Lamar attended Yale University and Yale Divinity School before serving several Presbyterian churches in Connecticut. In 1958, he became pastor of First Presbyterian Church in Albany, where he remained until his retirement in 1992.

Family and friends say Lamar became involved both locally and nationally in civil rights and other social justice issues during the 1960s. Through his ecumenical work, he was able to build relationships with other denominations during that time and was involved with the formation of the FOCUS Churches, an Albany-based meal program. His involvement with inner-city ministry included opening interracial dialogue with many African American pastors and congregations as well as the Roman Catholic community.

In addition to serving as moderator, Lamar also co-chaired the Joint Committee on Presbyterian Reunion from 1969 to 1983. Its work led to the eventual unification of the church’s northern and southern branches.

"Bob had a gift in his use of language – clear, gentle, persuasive – that made him especially qualified to do the reconciliation work of the committees that brought our denomination back together to form the Presbyterian Church (U.S.A.),” said the Rev. Dr. Glenn Leupold, co-pastor of First Presbyterian, Albany. “This skill also made him a gifted preacher at First Presbyterian and made him a natural choice to successfully bring clergy of differing denominations together, as well as several interfaith initiatives.”

After his retirement, Lamar served as part-time executive of the Capital Area Council of Churches, continuing his ecumenical and interfaith work.

Lamar’s funeral will be Jan. 25 at First Presbyterian Church in Albany.

The Rev. Dr. J. Herbert Nelson, II, Stated Clerk of the PC(USA), offered condolences to the family for “a servant who served Jesus Christ.”