Prayers for struggles at home and abroad 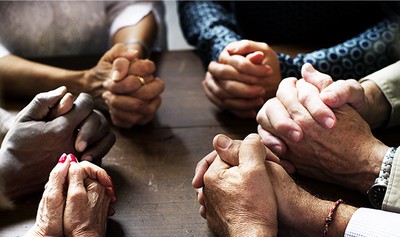 Your Moderators and I are greatly troubled by the political struggle that is underway in our nation’s capital, as well as other developments in the U.S. and around the world, and we feel led to call upon all Presbyterians to join us in a season of prayer.

As the struggle in the U.S. Congress over the question of articles of impeachment for President Trump moves forward, it is easy for our Christian faith to take “second place” behind our political views and preferences, and when that happens, it is very hard for the Holy Spirit to break through and lead us in the path of God’s will. That struggle is made more difficult given the degree to which many of us have linked our own political preferences to our faith, suggesting that what we wish for is the will of God. May God save us from that trap as we pray for God’s guidance that transcends our political bias.

While the political struggle goes on, consuming time, money, and political energy, we do well to remember the thousands of men, women, and children in our nation who will not have a full meal, now or in the days ahead, and who will spend the night on the street, in an alley, or in an abandoned building. We must pray for God to create in our leaders the political will to end this outrage.

And we must not forget the tens of thousands of men, women, and children fleeing terror in their own countries, only to be abused, insulted, and ultimately pushed away, where they become prey to traffickers and other criminals.

While we engage in our own political conflicts, we must remember those around the world who are facing even more serious danger and even death. We know that immediately following the U.S. withdrawal of our troops from the Syrian border, where our Kurdish allies in the fight against ISIS have served, the removal of U.S. troops has led to the immediate attack by the Turkish armed forces on these allies, resulting in widespread death among the Kurds, the ignoring of refugees held there, and the release of many ISIS fighters who have been held there. We are called to pray for an end to the violence on all sides.

As we pray, we must also remember the people of the Caribbean. Many have died, others are still unaccounted for, and all have been left with their lives destroyed by the hurricane. Let us pray for all those who are victims and for all who are seeking to support them and help them rebuild. At the same time, let us pray for our sisters and brothers in Puerto Rico, where many are still separated from their homes and livelihoods as a result of the hurricane two years ago.

As we pray for these victims, let us also remember the many fellow citizens here in the U.S. who have been, and continue to be, imperiled by rogue weather that has destroyed property, lives, and livelihoods.

God is our help. Let us pray for God’s active presence among our people and, especially, in the leaders of our nation as our crisis of governance unfolds.