From intercultural churches to healthy pastors

Deb Davies, with the Office of the General Assembly, (second from right) leads a tour of mid council attendees of the Baltimore Convention Center, where the 224th General Assembly (2020) will be held next year. Photo by Rick Jones.

From “Strengthening the Call of Christian Education” to getting the latest information on per capita, attendees at the Mid Council Leaders Gathering in Baltimore had a lot of opportunities Saturday to connect with different aspects of the Presbyterian Church (U.S.A.).

The gathering, co-sponsored by the Board of Pensions and the Office of the General Assembly, has offered a series of plenaries and workshops aimed at answering questions, creating conversation and providing insight around the work of the church.

“There is so much more for us to do, not only in our large churches but in remote communities as well. I’ve talked with some remote churches and they tell me there is little diversity around them,” he said. “But that diversity is all around them. We’re just not looking hard enough. So, how do we add more hues to the pews?”

Garcia says churches are depriving themselves of getting to know other expressions of God. “We need to make ourselves uncomfortable and get out of our own way to look for God’s people and be a part of their lives.”

Two members of the Moving Forward Implementation Commission, the Rev. Larryetta Ellis and Elder Marco Grimaldo, met with mid council leaders to provide an overview of the commission’s work.

“We work to ensure the compliance and implementation of recommendations from the Way Forward Commission,” said Ellis. “Part of what we do is to make sure that everyone is playing nice in the sandbox.” 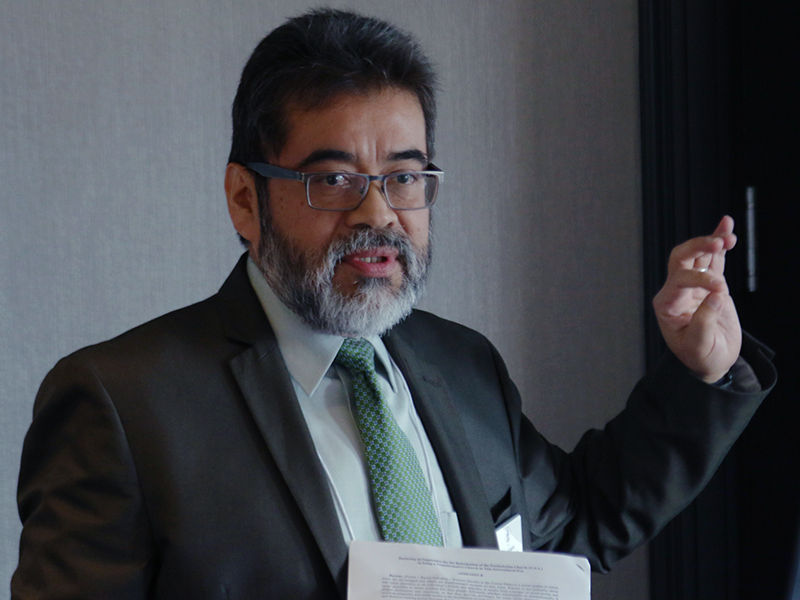 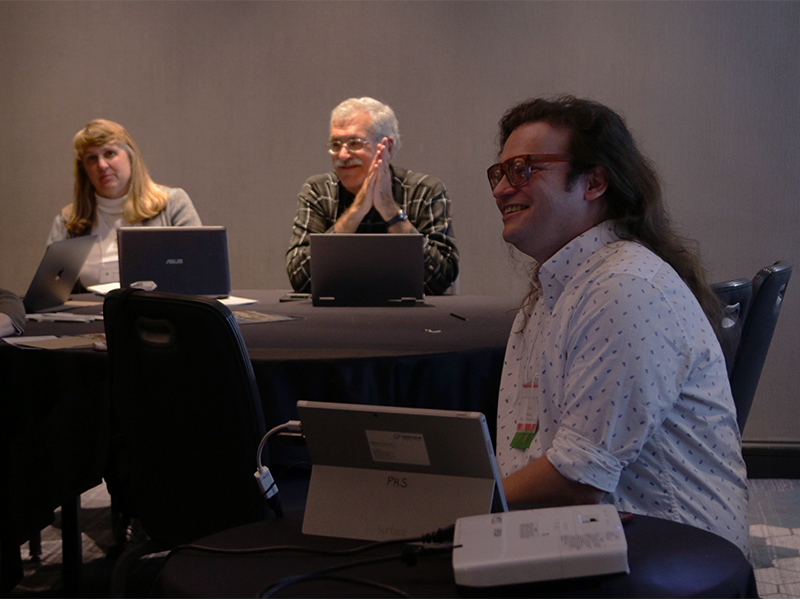 “Since reunion, the PC(USA) has been reforming itself and adjusting its policy and structure to make it better,” said Grimaldo. “When you don’t have the resources that you had before, it can create opportunities for conflict.”

“We have ways of dealing with archived material. Appraise narrowly, weed ruthlessly, digitize selectively, trust media and tolerate loss,” he said. “The number one tool of archivists is the paper shredder and you should not be afraid to use it. We have a culture of ‘the bigger collection the better,’ but we are moving toward a culture of valuing appraisal, selection, and curation over the size of a collection.”

The workday concluded with a discussion about the 224th General Assembly (2020) to be held in Baltimore, June 20–27. Andrew Yeager-Buckley, with OGA’s Churchwide Ministries, briefed the group on the Hands and Feet Initiative, which allows Presbyterians to engage in community work in the city of the next General Assembly.

“During General Assembly next year, there will be opportunities for observers and family members to participate in four different hands-on service opportunities,” he said. “The Center, a mission project of the Presbytery of Baltimore, will coordinate activities during the assembly.”

Attendees ended the day with a tour of the convention center where next year’s General Assembly will be held. The Mid Council Leaders Gathering concludes Sunday afternoon followed by the meeting of the Association of Stated Clerks.