Tweak the current funding system, or find a new way?

Funding Sustainability team is gathering ideas on its way to a Dec. 31 reporting deadline 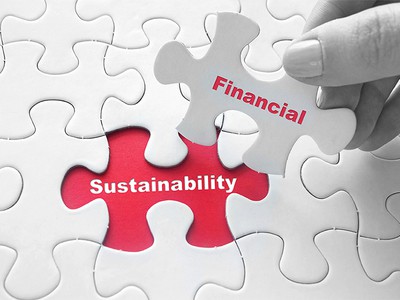 The Stated Clerk of the General Assembly of the Presbyterian Church (U.S.A.) said Wednesday the per capita funding model “is at a significant place right now” and that the denomination has seen the model “lose some ground over a number of years” following churches leaving the PC(USA) over General Assembly decisions including one to allow the ordination of LGBTQ pastors.

The Rev. Dr. J. Herbert Nelson, II said during a conference call Wednesday with members of the Financial Sustainability team of the GA-appointed Special Committee on Per Capita Based Funding and National Church Financial Sustainability that there are three options moving forward: boosting per capita revenue, jettisoning per capita as “a funding system whose day is gone,” or integrating per capita, the main funding stream for the Office of the General Assembly, with something else.

Per capita pays for a variety of services that might generally go unnoticed by many Presbyterians, including friend of the court briefs for cases before the U.S. Supreme Court and judicial cases that come before the denomination. “We are still seeing church organists who are angry” and taking their cases to the Church’s regional and national judicial courts, Nelson said. “We still have a constitutional responsibility for that.”

According to the Office of the General Assembly, per capita is a fundamental way in which all of the more than 9,000 congregations and mid councils of the PC(USA) connect, participate and share in the work of the wider church. Per capita is how Presbyterians “mutually and equitably share the costs of coming together to discern the Spirit’s leading for the future.”

Last year the 223rd General Assembly called on the Financial Sustainability team to “provide a comprehensive resource projection analysis and summary assessment of national church assets and income for financial sustainability review.” It has until Dec. 31 to complete its analysis and write its report. Valerie Young, synod leader and stated clerk of Synod of the Sun, and the Rev. Laura Cheifetz, assistant dean of admissions, vocation and stewardship at the Vanderbilt Divinity School, are co-moderators of the special committee.

She said Presbyterian agency heads and members of the Committee on the Office of the General Assembly (COGA) are also being asked “to join the conversation” because “as we brainstorm funding models, it’s important to have people who know the feasibility.”

The topic came up during last week’s COGA meeting, according to COGA member Wilson Kennedy, who participated in Wednesday’s conversation.

“We are a Church that is abundant, as the (Stated) Clerk reminded us last week,” Kennedy said. “We need to figure out ways to sustain the Church moving forward.” He said COGA is poised “to be a resource and conversation partner until your report is due.”

“We see this as a team effort,” he said, “to propose to the Assembly substantive change to provide for creative mission and ministry into the future.”

“My own take is that it is more urgent than people realize,” said the Rev. Scott Lumsden, Seattle Presbytery’s co-executive presbyter. He said there are both formal and informal ways for COGA and the Presbyterian Mission Agency Board to come together to help solve any funding issues. Kennedy applauded that approach.

“When COGA and the PMA Board sit down, it’s always done in the spirit of collegiality and making sure things continue in a healthy way,” he said.

“It’s fair to say,” said Kathy Lueckert, president of the PC(USA)’s A Corporation, “that we need you all, with new eyes and new ears, to join us into a new way of thinking.”

“This is part of an ongoing reformation I have been sharing” while traveling the country, Nelson said. “It’s a necessary piece to being the church in the 21st century. I look forward to working with you any way we can.”

The special committee will meet in person in Louisville Nov. 4-6.