Becoming a Community of Faith, Hope, Love, and Witness 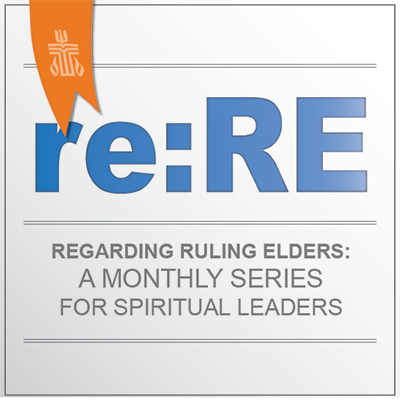 During a recent presbytery training event, ruling elders from various churches were working in three small groups discussing the roles and responsibilities of session.

One of the groups raised a hand with a question, “We were just discussing this and wondered what it meant when the Presbyterian Church (U.S.A.) Book of Order says, ‘... and exercising pastoral care among the congregation in order that the Sacraments may be received as a means of grace, and the congregation may live in the unity represented in the Sacraments’ (G-3.0201b). Does this mean that we just need to make sure that Communion gets served to those who are homebound?”

Section G-3.0201 reminds us that sessions are responsible for “governing the congregation and guiding its witness to the sovereign activity of God in the world, so that the congregation is and becomes a community of faith, hope, love, and witness.”

If anecdotal stories of business-like session meetings of consent agendas, property decisions, authorization of Communion dates, expenditures, and curricula, etc. are representative of many of our session meetings, I wonder whether we aren’t spending so much time on governing that we forget to guide the church’s witness, whether we aren’t focusing on making month-to-month decisions for survival that we forget that these decisions are made so that the congregation “is and becomes a community of faith, hope, love, and witness.”

What would it look like for all members of session, teaching elders and ruling elders alike, to reconsider their roles and responsibilities, to do a deep dive into one aspect each month and ask,

For example, what might it look like for a session to look at the following responsibility more deeply: “encouraging the graces of generosity and faithful stewardship of person and financial resources”?

At first glance, a session looking at this might interpret this as a member of session leading the Stewardship committee, or all session members taking part in the stewardship campaign, maybe even to turn in pledges early. It might also be interpreted as an encouragement for session members to give a moment for stewardship and talk about their own commitments to giving. All of these are good ideas.

Here is a story of a church session that interpreted this in yet another way.

One day, on the way home from school, a seven-year-old boy told his mother that he was sad about all the hungry people and would like to do something about it. His mother, who could have made any number of choices, talked with him and they emailed (he talked and she typed) the pastor asking whether he could do a food drive at church.

There was a session meeting coming up, so the pastor consulted with session about the second grader and his idea being added to the agenda. Session heartily agreed. The young disciple was unable to be there in person, but the session arranged for him and his parents to call in during the meeting.

On the day of the meeting, he presented his idea, his hope. The session affirmed his faithful response to hunger in the community and asked him questions about the who, what, when, and where of his food drive proposal. He answered them, sometimes with the help of his parents. The session, having decided in the previous meeting to support a new mission partner that works with senior adults experiencing food instability, suggested this new mission partner to him and he accepted. The session voted and approved this food drive.

For the next several weeks, this young leader gave minutes for mission in worship, worked with the church to film a Facebook video, and worked with others in the church to collect the food. Neighbors, unrelated to the church, seeing neighborhood announcements and videos, came to drop off food, too. At the end of the food drive, this young steward gathered cartloads of food with his family and church friends and helped deliver the food to the ministry partner.

This seven-year-old responded to a nudging from the Holy Spirit to answer a deep need in the world, and his parents and session responded in encouragement, both for the graces of generosity and stewardship that was in him and for his leadership within the church and community to encourage others’ generosity.

Section G-3.0201 can be so much more than a laundry list of duties. It’s all in the way we listen for and discern God’s call to spiritual leadership within the church.

Jihyun Oh is a PC(USA) Teaching Elder, and currently serves as Director of Mid Council Ministries in the Office of the General Assembly of the PC(USA). Prior to the call to denominational service, she served congregations as interim pastor, associate pastor, and parish associate, and served the patients, families, and staff in the ICU’s of a Level I Trauma hospital as a chaplain.