The more things change, the more Jesus stays the same 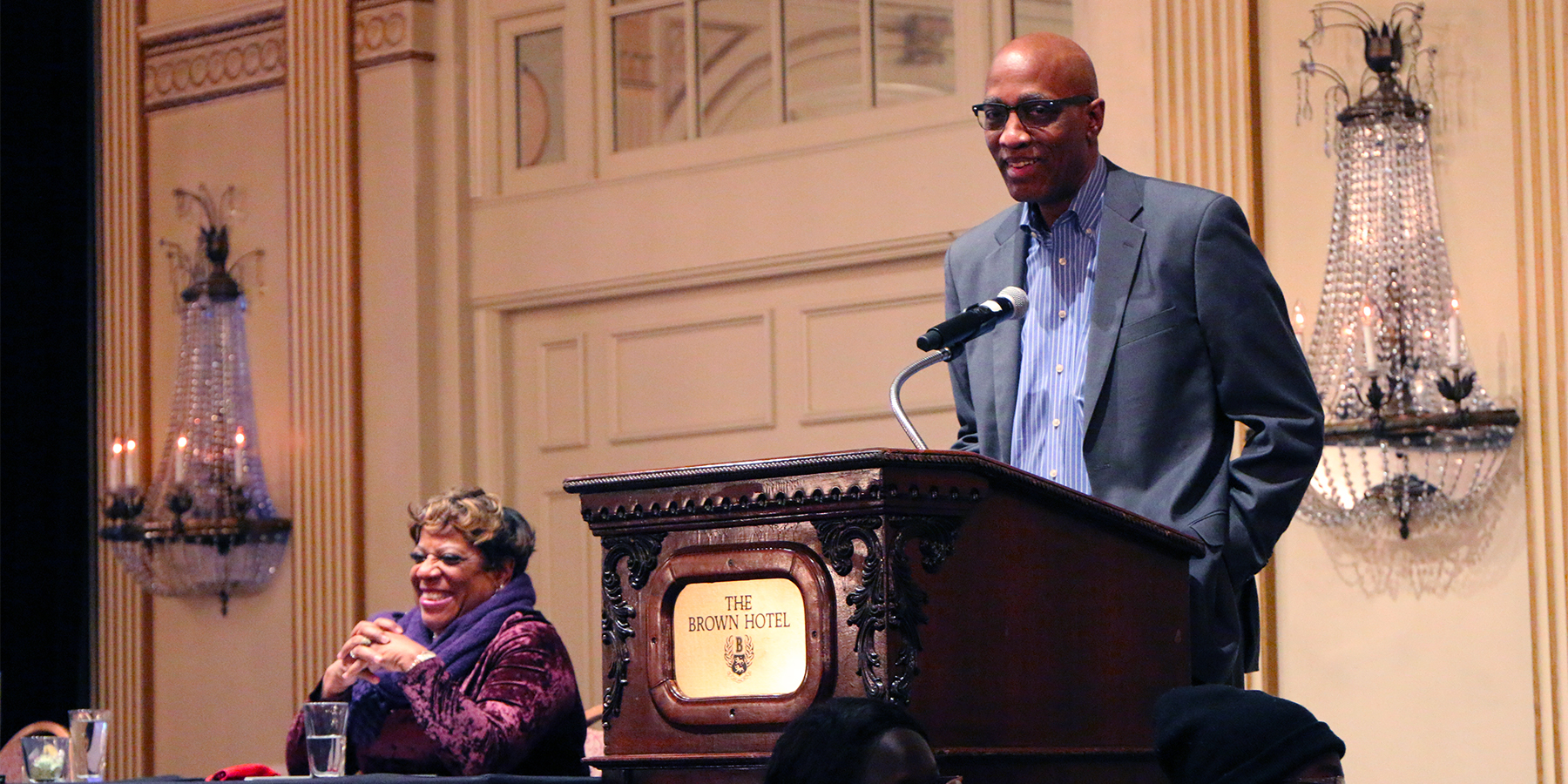 The world has shifted and new and complicated challenges are presenting themselves to the Presbyterian Church (U.S.A.) and other denominations, the Rev. Dr. J. Herbert Nelson, II, told a gathering of about 120 moderators and moderators-elect of presbyteries and synods from across the country.

But one thing will never change, and for that the Stated Clerk of the General Assembly is grateful: Jesus Christ is still the same.

“We are a church that loves Jesus and is not afraid to talk about it,” Nelson said Saturday during a presentation he made along with the Rev. Dr. Diane Moffett, president and executive director of the Presbyterian Mission Agency, as part of the Moderators’ Conference hosted by the co-moderators of the 223rd General Assembly, Ruling Elder Vilmarie Cintrón-Olivieri and the Rev. Cindy Kohlmann. “You are engaging in one of the most exciting times of ministry in the history of the world. We’ve got to be willing to do the work and be willing to fail and get up off our blessed assurances and try again.”

“We’ve got to believe,” he said, “that the Lord has given us everything we need to do ministry.”

“You are now the moderator,” he told the moderators-elect in the room. “You may never have preached a sermon in your life. Now is the time to believe that the Lord will never leave us alone. I can’t think of a more exciting time.”

But don’t get too comfortable with that gavel you’ve been given, he advised the moderators-elect. 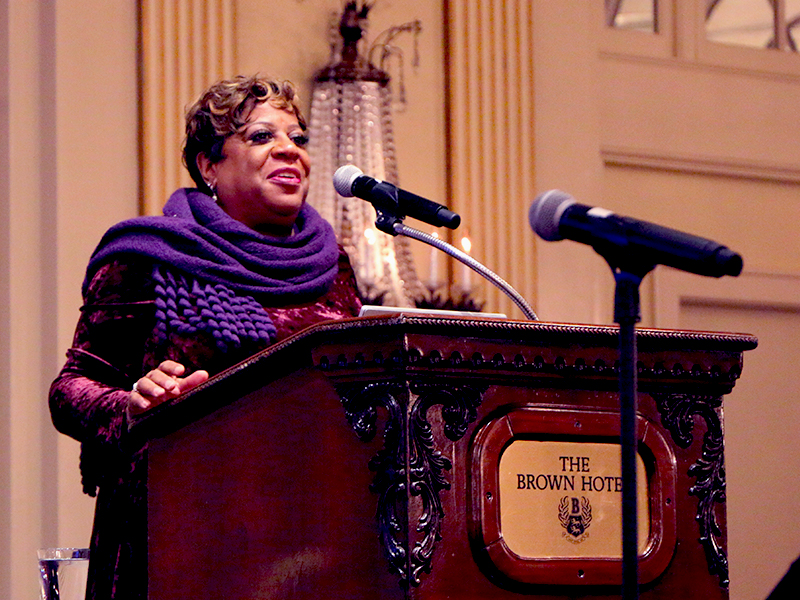 The Rev. Dr. Diane Moffett, president and executive director of the Presbyterian Mission Agency, urged mid council moderators Saturday to use their influence and their spiritual energy “to build up this wonderful church to which we have been entrusted.”Photo by Rick Jones. 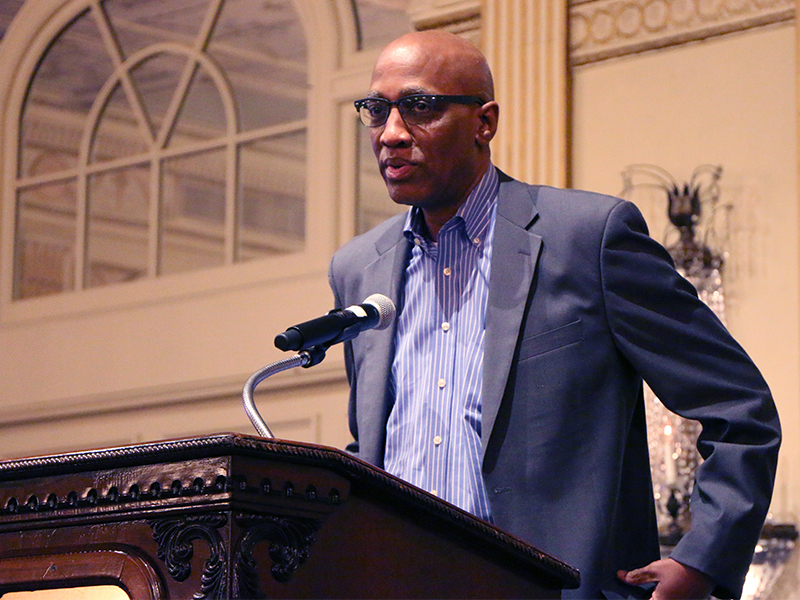 The Rev. Dr. J. Herbert Nelson, II, Stated Clerk of the General Assembly, called the PC(USA) “a church that loves Jesus and is not afraid to talk about it.” Photo by Rick Jones.

“Don’t get so caught up with that gavel that you forget about the people who need us to move outside the walls of the church,” he said. “Ministry is about redeeming people in the name of Jesus Christ, helping them become the people God created them to be. God sent the only begotten son God had to redeem us despite our sin. As a leader of this denomination,” he said with a smile, “I am so glad you don’t know about my past. God has allowed me to be here today in this capacity because of the abundant grace available to all of us to become change agents of the world.”

Moffett said the denomination “is in a critical place. We have to begin to dream again and put those dreams into actions so that our churches and mid councils are vital.”

As spiritual leaders, moderators have at least two roles, she said. They must listen, and they must “discern what the Spirit is saying to the church — and share that with others.”

Having just seen the film “Harriet,” about abolitionist Harriet Tubman’s work with the Underground Railroad, Moffett commended the film to her audience.

“It’s powerful,” she said. “You know that Harriet was able to hear from God, and she never lost a passenger on the Underground Railroad. Her work meant life and death, and perhaps it’s no less for us. The Spirit worked through Harriet Tubman, and it works for us now.”

“We’ve got a lot of spiritual power,” she said, “and a lot of energy.”

She invited the mid council leaders present to “use your influence and your spiritual energy to build up this wonderful church to which we have been entrusted.”

The multiethnic, multigenerational and multilingual church “doesn’t have an endowment,” Moffett noted, “but they do have a whole lot of vision.”

“As you stand before your people,” Moffett told the mid council leaders, “continue to be prayerful and discerning. I want to charge you to lead, and to know that the work you do matters — and I for one am grateful,” she said.