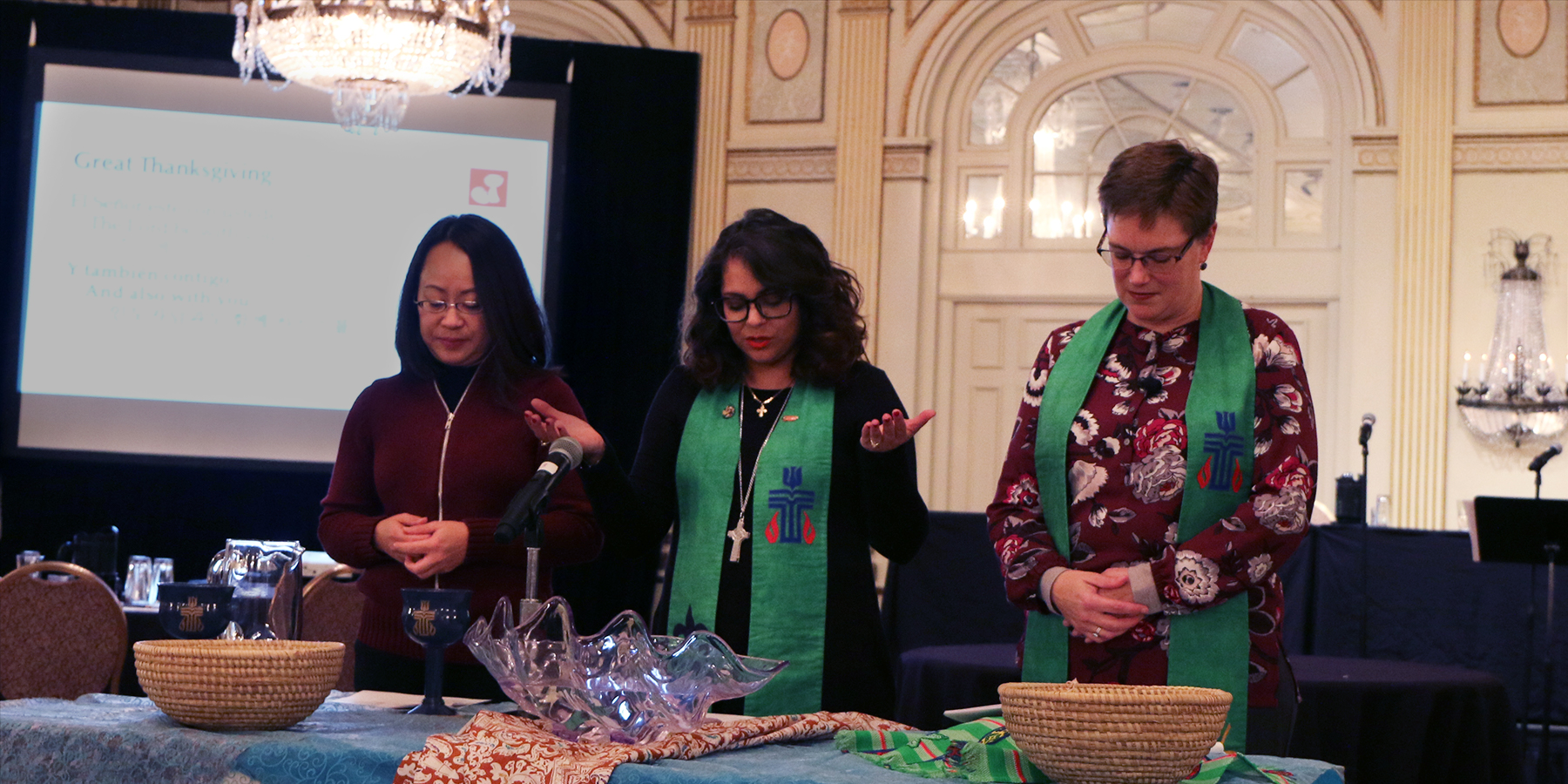 Closing worship at the Moderators’ Conference was presented by the Reverend Jihyun Oh, director of OGA’s Mid Council Ministries, along with Ruling Elder Vilmarie Cintrón-Olivieri and the Reverend Cindy Kohlmann, Co-Moderators of the 223rd General Assembly (2018). Photo by Rick Jones.

The story is a familiar one in the Bible. The Gospel of Luke tells of two men on the road to Emmaus following the crucifixion of Jesus Christ. As they discuss the events that occurred, Jesus joins them for the walk, but they did not recognize him.

The Reverend Cindy Kohlmann, Co-Moderator of the 223rd General Assembly (2018) of the Presbyterian Church (U.S.A.), preached from Luke during the closing worship of the Moderators’ Conference in Louisville last weekend. She told how Jesus interacted with them about the crucifixion and how Jesus later revealed himself before vanishing from sight.

“They listened as the stranger told them his story. Clearly, they listened with hearts that were open. When it looked like the stranger was going to keep going on, they urged him to come with them,” Kohlmann said. “It is because these two people, walking down the road, encountered a stranger and didn’t turn their backs and as a result, they were changed. What would have happened if they didn’t ask the stranger to stay with them? They would have missed their eyes being opened if they hadn’t opened their hearts to a stranger on the road.” 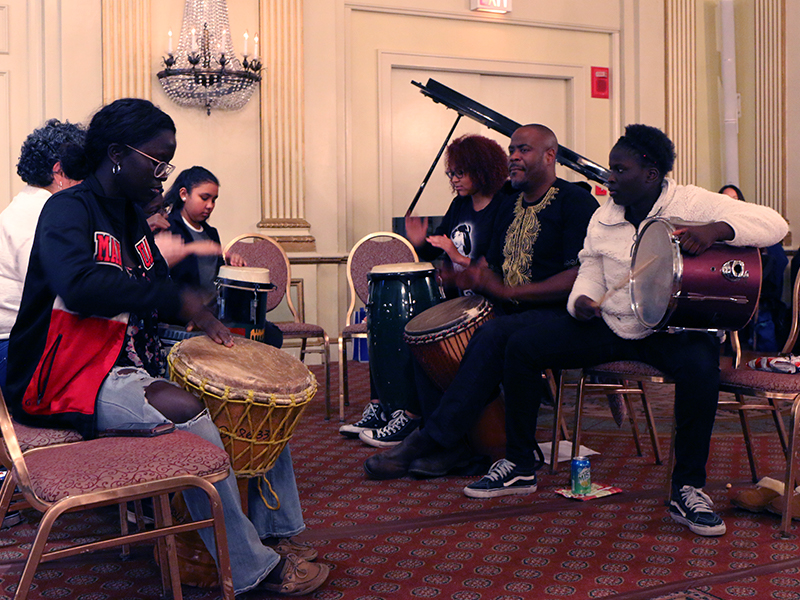 Drummers from the Beechmont Presbyterian Church in Louisville performed during worship at the Moderators’ Conference. Photo by Rick Jones.

Kohlmann refers to the theme of the upcoming 224th General Assembly (2020), “Called to a Movement Beyond Institution.”

“There is a reason why this conference was fashioned around the theme of a journey. God meets us while we are journeying, on the road, alleys, and as we go from place to place,” she said. “That’s where God encounters us. We are encountered by people that we do not recognize as gifts from God. They are meant to stop us in our tracks and shake us out of our complacency, to question us why we do things. The people we meet as we travel are Jesus in the flesh.”

Kohlmann says people encounter Christ daily, if they simply look up and open their hearts.

Kohlmann told the moderators that as leaders, they have the opportunity to push that just a little bit further.

“We as people called into leadership have a responsibility to be preparing, equipping, and do some pushing and nudging,” she said. “A day will come when justice has rolled down and all people are fed, and no one will lack a home and we will be able to say our eyes were open and our hearts full of compassion and we are part of caring for all of God’s people.”

The service concluded with communion, followed by a showing of the award-winning Presbyterian Disaster Assistance documentary "Trigger," which focuses on gun violence.