Minnesota church fights to keep member from being deported

Cameroon migrant believes her life is on the line 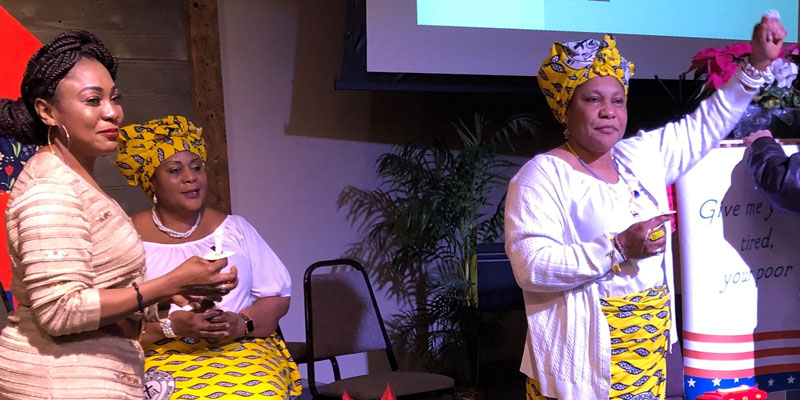 To Gladys Mbonifor, the community of Apple Valley, Minnesota, is home and the Spirit of Life Presbyterian Church is family.

Mbonifor is from Cameroon where civil war continues to wreak havoc on its citizens. She came to the U.S. in 2011 to find stability for herself and her daughter. Her family that is still in Cameroon has been displaced by violence over the past two years.

Shortly upon arriving in Apple Valley, Mbonifor filed for asylum and had been assigned an immigration customs enforcement officer. She was allowed to live in Minnesota if she remained compliant and made all scheduled check-ins.

Shortly after her arrival, Mbonifor connected with Spirit of Life and her relationship with the church has grown ever since.

“She’s really active in the church. She serves as a deacon and has carried all of the gifts of being a deacon since day one,” said Pastor Rob Smith. “When she came to the church, one of our beloved older members was dealing with dementia. She would visit the couple, sing and pray with them. I would go visit the couple and learn that Gladys had already been there.”

Smith says Mbonifor has become not only a valued member, but a valued minister as well. 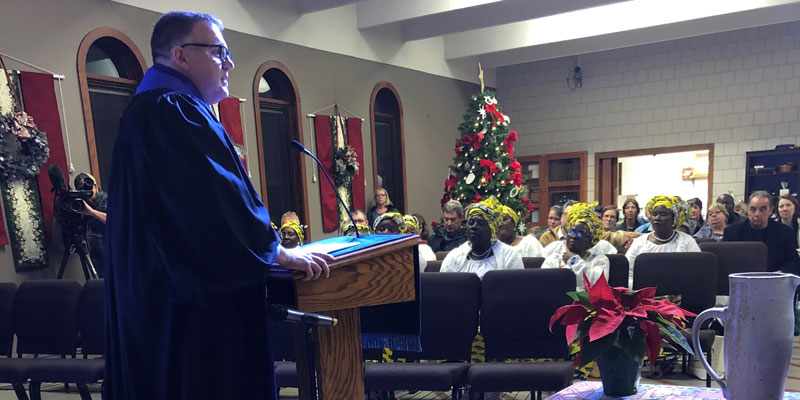 We have a member that is 40 minutes from church in hospice care at a nursing home. When I checked on her, I found out that Gladys had been driving there regularly to go and pray with her. She’s a care provider,” said Smith. “Over 50 percent of the children attending our church are Cameroonian and she comes and leads them in songs from their country. It’s really special to have that be part of our worship and story going forward and sharing that together has been a wonderful experience.”

In addition to serving as deacon and part of the music ministry, Mbonifor also works with the church’s community garden in addition to working as a nursing assistant to help pay for her daughter’s college education, Smith said.

Last month, Mbonifor was denied a stay of removal because she had overstayed her temporary visitor status. She is scheduled to appear before U.S. Immigration and Customs Enforcement on Wednesday.

"She’s not retained right now because they granted her voluntary removal,” said Smith. “That’s another way of saying she’s forced to move by purchasing her own plane ticket. If she were detained, it would be harder for us to help.”

Smith says Spirit of Life Presbyterian Church is working to delay her removal as long as possible, adding that sending Mbonifor back to Cameroon would be a death sentence.

“One of things we are looking at is a third country option, which they are open to as long as she voluntarily leaves,” he said. “We just want to provide another option, so she doesn’t have to go back to Cameroon.”

“It’s a very difficult situation, especially considering the conditions in Cameroon these days, so another country is a possibility,” he said. “As far as ICE is concerned, they want the deportation order executed.”

Amanda Craft, manager of immigration advocacy for the Office of the General Assembly, visited the church over the weekend in support of Mbonifor. She had the opportunity to meet Mbonifor during the vigil.

“She is a person who embodies what it means to be a Christian — she loves her neighbors deeply, she shares compassion freely, and she extends God’s light into the world. This is evident because over 120 people showed up on a chilly December night to be in solidarity and provide support,” Craft said. “Gladys lives in the hope of being a beloved child of God. It is our responsibility to ensure that hope be realized as she works through her immigration case. Let us lift her in prayer on Wednesday as she attends her ICE appointment.”

Smith adds the church has been moved by the feedback it has received during this time.

“We are grateful for the support we have received from the Office of the General Assembly. Our presbytery has also surrounded us, and it has been incredible,” he said. “We are a little church, but we are big on the inside.”