Home News A year of change and opportunities

A year of change and opportunities 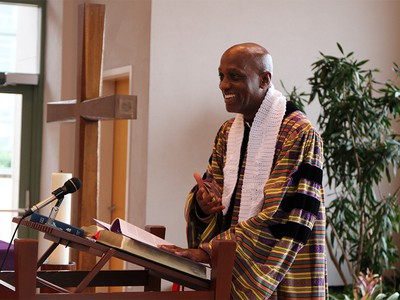 As the year draws to a close, the Rev. Dr. J. Herbert Nelson, II, Stated Clerk of the General Assembly of the Presbyterian Church (U.S.A.), has been doing some reflection on 2019. For the Office of the General Assembly, it meant the loss of some long-term personnel. But he says it’s also been a year of encouragement across the larger church.

Nelson says he’s been encouraged by efforts to bring congregations closer together through events or onsite visits. He credited the Rev. Cindy Kohlmann and Ruling Elder Vilmarie Cintrón-Olivieri, Co-Moderators of the 223rd General Assembly, for their efforts to reach out to congregations far and wide.

“I think it’s significant that we had two Co-Moderators who basically took the opportunity to go global in their relationship to the rest of the world and the church,” said Nelson. “I think Cindy and Vilmarie really opened some major doors and allowed us to be able to have conversations that we had not had with individuals in a long time, particularly in relationship to the ecumenical movement.”

Nelson referred to the LGBTQ struggle that polarized a number of churches within the denomination over the years. He said he believes healing has begun.

“We’re struggling internally now with what is going to be our posture going forward. And maybe there’s something we can learn in this and maybe there’s a partnership that can be rebuilt that helps us do some mutual learning and developing some expectations around that,” he said.

“There have been individuals who have just publicly dressed down some of our congregations after leaving. There have been congregations that had some great standing in the life of their community at one time, and now they are struggling to try to figure out how to regain that, and in some instances, may never regain it,” said Nelson. “But they’re at least pushing to try and see what they can do now to be significant.” 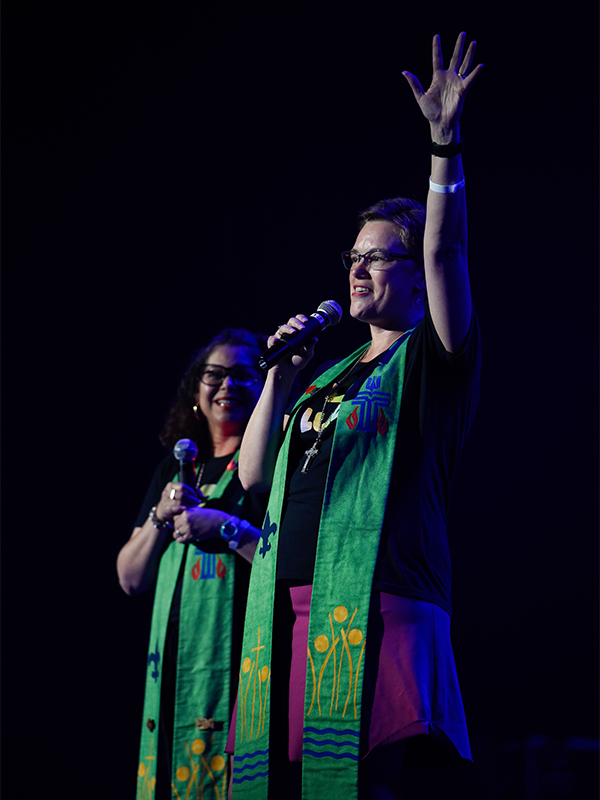 Nelson says he believes the denomination was shaken up through the LGBTQ struggle in order to find its way.

“We are not the corporate church — we’re called to be the church that cares, the church that loves,” he said. “We’re not to sit down and count our money. We’re to use the money that God has given us for the sake of transforming a world.”

The Stated Clerk also pointed to the success of last summer’s Presbyterian Youth Triennium as proof of a new generational culture.

“Four thousand young people at Purdue come to praise the Lord, to engage in ways by which they can be more active in their community,” he said. “It was a marvelous opportunity to witness to a younger generational culture that in many instances, churches and people have written off. They don’t want to be in church. They’re not going to be in church. Four thousand show up on one college campus in order to praise the Lord all week long.”

Nelson says there is “something powerful” going on in the PC(USA). He believes part of the struggle is that Presbyterians must give up some things.

“We have to give up some of the old memories. We are going to reform and that is what we are called to be as a church, to really begin to look at what it means to develop new meaning in different times in history,” he said. “We’re going through that and it’s painful because it means the loss of some things that are dear, the loss of some traditions that we want to hold on to.”

Nelson credited mid council leaders for “daring to take risks” and learning from those risks.

“We don’t know totally where we are going, and we don’t know how to get to where we need to go. But one thing we know is God is reshaping and reforming us,” he said. “We are learning to rely on the Lord, pray more and spend more time in Bible study. That is active engagement in the contextual realities that we are facing. We don’t have to go anywhere to look for a mission field. Our mission field is right in the communities where we are.”