Interreligious dialogue brings faith leaders together for conversation and fellowship 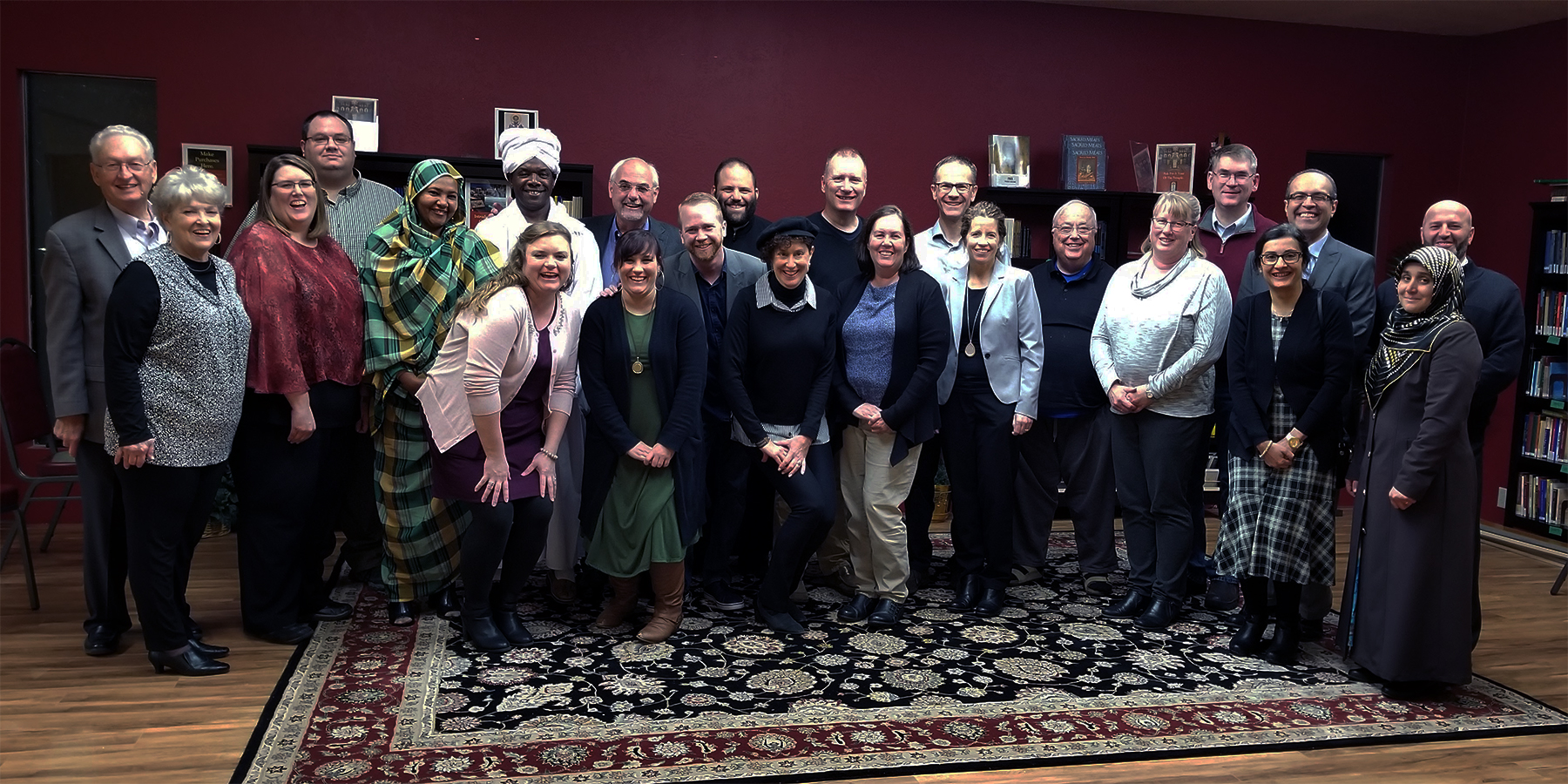 Members of the Magic Valley Interreligious Dialogue group at a recent dinner with their spouses in Twin Falls, Idaho. Photo provided.

Several interfaith leaders in Idaho have established a connection that has led to continuous conversations and the occasional sharing of a meal in Twin Falls, Idaho. It’s called the Magic Valley Interreligious Dialogue group and participants say it has made a big difference in community relations.

“We have been meeting since 2015 to discuss issues that confront us and build relationships with one another,” said the Reverend Phil Price, pastor of First Presbyterian Church of Twin Falls. “This way, if any one religious organization is attacked, we are there for one another lending support.”

The group consists of several men from the Islamic Center of Twin Falls, including its imam; a local rabbi; a Mormon bishop; and pastors from the Antiochian Orthodox Church, Charismatic Pentecostal, Disciples of Christ, Methodists, Baptist, Lutheran, Roman Catholic, and Presbyterian churches.

The College of Southern Idaho is a host site for the federal refugee resettlement program and there is an active Muslim community that, according to Price, has not been received with open arms community wide.

“We have a more diverse community than a lot of people think, and it has made some folks upset,” he said. “It’s drawn national attention, including the New York Times, so there was some disagreement over welcoming new people to the valley.”

In the past year, the group has expanded its outreach, forming a second group called Faith Leaders of the Magic Valley. Price says this group has become very active, especially when one of their own is threatened.

“In 2017, a bacon-covered cross was placed outside of the local Islamic Center and this group, Faith Leaders of the Magic Valley, held a rally for religious freedom in response,” he said. “Two windows were broken at the center a year later and a number of members from the group reached out, including our church, to cover the cost of the broken windows.”

Price had hoped his church would donate $200 and other churches would come up with the rest, but he was surprised when the session wrote a check for the entire repair cost of $1,200.

“I am very impressed with the work being done in Twin Falls,” said the Reverend Everdith Landrau, manager of Ecumenical Relations, Networking, Resource Development and Education with the Office of the General Assembly. “When Rev. Price shared about their interreligious project at the mid council meeting in Chicago, I was so moved and told him we wanted to share this story with the greater church. We must highlight these kinds of ministries and all the resources that the PC(USA) has available to facilitate this kind of work.”

Over the past two years, Price says he’s seen a growing bond between the different religious and ethnic groups, even as some larger churches choose not to embrace the initiative.

“Everyone who participates wants to be there. We recognize our differences as well as what we have in common,” he said. “It’s wonderful to drive by some of these buildings and know who is active there. We see each other at the movies in town or at the grocery store and are able to stop and talk to one another. Even those little ways, we are building community.”

Click here to learn more about PC(USA)’s commitment to interfaith relations. A toolkit and other resources are available on Christian/Muslim relations.