Home News Congregations are in decline, but age ranges remain the same

Congregations are in decline, but age ranges remain the same 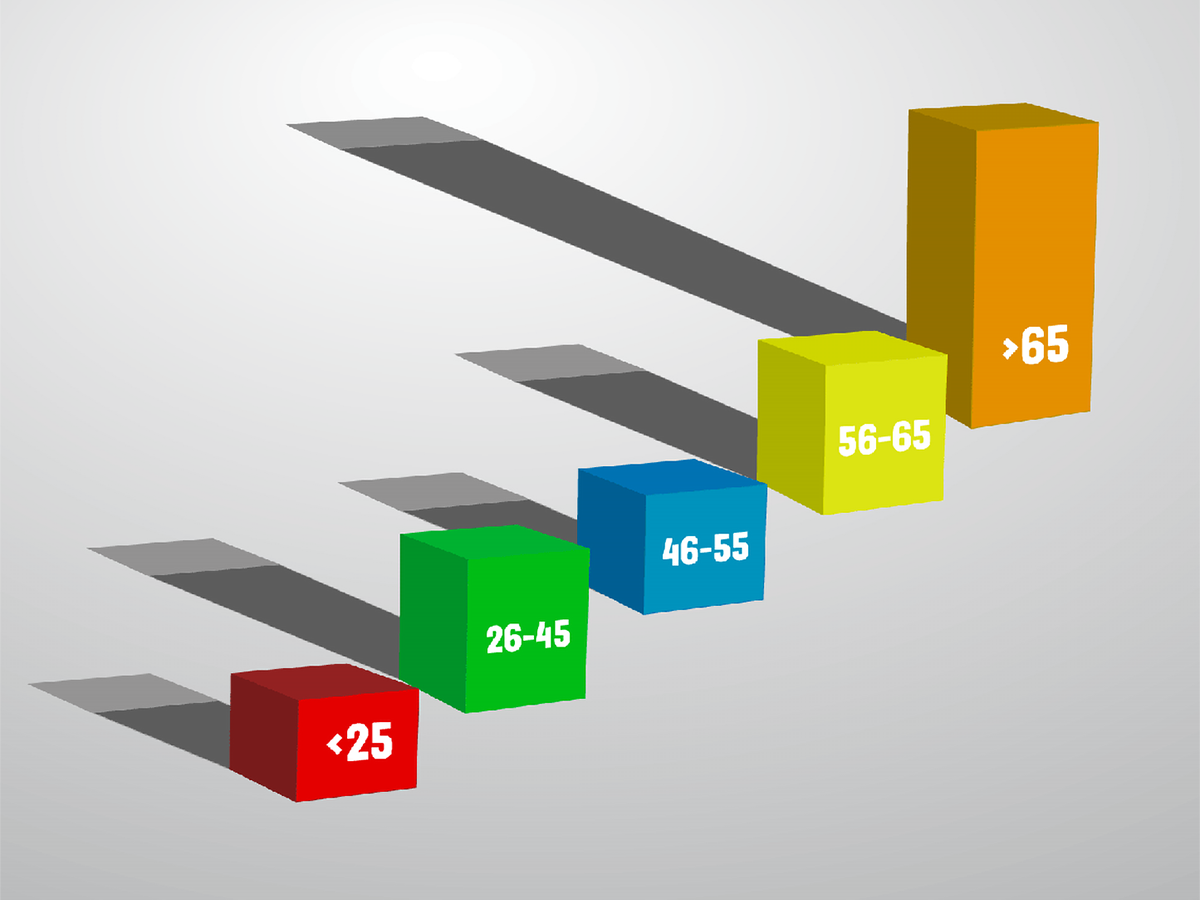 The largest age group in the PC(USA) continues to be 65 and older, while young people, 25 and younger, make up the smallest group.

If you grew up in the church during the 1950s and 60s, you probably remember seeing packed sanctuaries and people of all ages participating in the ministry and activities. Most businesses were closed on Sundays except for restaurants who had a strong business from the “church crowd.”

Fast forward fifty and sixty years and the landscape has changed. In many cases, the once-filled sanctuaries have more empty seats than filled ones. Churches have a lot of competition on Sundays now and extracurricular activities have taken the place of worship for many families.

While congregations have been in decline for decades, the breakdown of age ranges has not changed, says Kris Valerius, Assistant Stated Clerk and manager of denominational rolls and records for the Office of the General Assembly.

Several years ago, Valerius was asked to help a seminary student with a research project, specifically aimed at proving a continual loss of young people in the church. They looked at the age breakdown over a ten-year period in churches with 200 members or less. But the results didn’t prove the theory.

“We both were surprised to discover that it hadn’t changed that much. The age breakdown was basically the same,” said Valerius. “We have 80–90 percent of church membership accounted for. We have gone through a major loss in the denomination, but even with the losses, the numbers have not changed dramatically at all.”

The research found that Presbyterians, 66 and older, make up the largest category of attendees, followed by the 26 to 45 age range. The under 25 crowd is still the smallest at 13 to 15 percent in any given year, says Valerius, adding that it's not changing that much.

“This year we changed the categories, so now it's 71 and older. If we really are an aging denomination, it will be interesting to see what the 71 and older category looks like,” said Valerius. “There’s a big difference between 71 and older and 66 and older. These numbers are not all that different than what’s reflected in society.”

There are some surprises in the statistics. With the average congregation getting older, Valerius says she would expect the 56 to 65 age group to be the second largest category.

“But it’s not and we don’t know why,” she said. “The statistics for this group remain the same and we don’t understand unless churches aren’t relaying that information. When we started losing members and churches began leaving the denomination, I really thought we would see some drastic changes across the board.”

Valerius adds that the number of baptisms among adults is not very high.

“This denomination has seen a steady decline in adult baptisms for the past twenty-five years,” she said. “When you look at adult baptisms, it’s decreasing at a much faster rate than children baptisms. So, it’s not new people coming in that are making the difference. We don’t know where that comes from.”

Valerius says getting a true picture of who the church is helps the church become a stronger community partner. “That’s the problem. I think we spend too much time dwelling on what we think we should be instead of looking at who we are,” she said.

Valerius says the PC(USA) is an older denomination and that’s not a surprise. She adds that churches should be celebrating what they’re doing in their communities and build on it.

Churches have access to their own statistics and can look back at the last ten years to see where they are going, says Valerius. “The biggest challenge is looking at yourself, but not in a negative way. Look at the good things.”