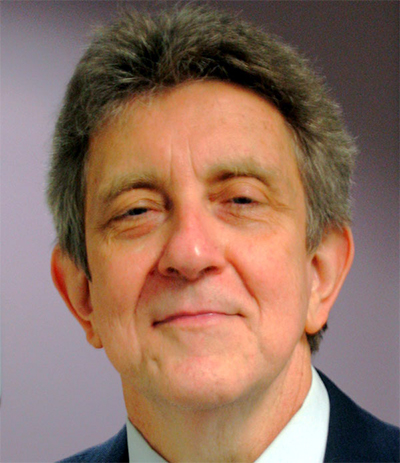 A familiar name in the newsroom of the Presbyterian Church (U.S.A.) has died. John Filiatreau, who was a writer/reporter with Presbyterian News Service, died this week after suffering a heart attack, according to family.

Filiatreau had a lengthy career, spending more than 20 years as a reporter/editor for the Louisville Courier Journal as well as editor in chief of Louisville Magazine. He was recognized for investigative reporting on the horrific conditions of local and state jails and his columns amassed a devoted following.

He came to work for PNS in 1999 as a writer/copy editor. He also wrote for Presbyterians Today. Following his departure in 2006, Filiatreau continued to serve in the General Assembly newsrooms, including the 223rd GA in St. Louis last year.

“I owe so much to John. His writing, editing and headline-writing were a constant revelation and inspiration. His most important advice, which I tried to remember every day was: ‘Write everything with all the passion you can muster. If you don’t care about the story, how can you expect your readers to?’” said Jerry Van Marter, former coordinator of the PNS. “I’ll miss him every day as will countless Presbyterians who appreciated his gentle spirit and crackerjack writing.”

“I worked alongside John in the General Assembly newsrooms, most recently in 2018. His gifts as a storyteller are well-known; his gifts as a copyeditor rescued us reporters from embarrassment many times,” said Mike Ferguson, PNS editor. “On the rare occasion we had the chance to talk in those GA newsrooms, John did way more listening than talking, as any great reporter does. The Church has lost a brave and clear-eyed journalist and a man I admired and was privileged to work for and with.”

Church leaders say they appreciated his dedication and determination to share the truth with Presbyterians worldwide.

“John was a well-respected journalist who brought a new perspective to covering news within the church” said the Rev. Dr. J. Herbert Nelson, II, Stated Clerk of the General Assembly of the PC(USA). “We are grateful for the contributions he made to religious journalism and he will be missed in the General Assembly newsroom in years to come.”