Home News The votes are in

The votes are in

Nine amendments approved to the Constitution of the PC(USA)

Voting has wrapped up and nine amendments have been added to the Book of Order of the Presbyterian Church (U.S.A.) The 223rd General Assembly (2018) directed the Stated Clerk to send all proposed amendments to the presbyteries for affirmative or negative votes. The presbyteries are given a year to cast votes.

Among the amendments approved was 18-B, which focuses on church discipline.

“It’s been a discussion the church has had for six years about what happens when a minister is charged with an offense and leaves ministry,” said Tom Hay, director of Assembly Operations with the Office of the General Assembly. “When this happens, we have no power over them. They can show up working in another church but not as an ordained minister. What is the responsibility of the presbytery to that congregation?”

Another amendment, 18-E, expands language to not only include pastors but all ministers in the PC(USA). For most of the church’s history, clergy within a presbytery were pastors of churches. Hay says that as the church has reshaped, many clergy are doing non-traditional work.

“Our language always talked about care for the pastors of the church but did not acknowledge the presbytery’s relationship with those ministers who are not pastors,” said Hay. “This new shift reflects who we are as a society. New and younger generations of ministers coming in are less likely to be a traditional pastor.” 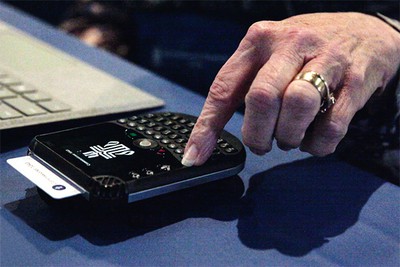 Amendment 18-F focuses on the inclusion of baptized children in the participation of the Lord’s Supper.

“The old language put an institutional block against children coming to the Lord’s Table,” Hay said. “This new language opens up the Table and puts responsibility on the session to educate children on the meaning of the Table, shifting our understanding of the Table.”

One proposed amendment was rejected, 18-C, which would prohibit congregations, sessions, presbyteries, synods, or the national office of the PC(USA) to publicly endorse or oppose an individual seeking public office.

“The tax code forbids churches (501 (c)(3)) from promoting or discouraging a particular candidate,” said Hay. “This proposal was defeated because a majority felt it was unnecessary to articulate how we respond to political issues.”

In all, Hay says there were no controversial or problematic amendments made from the last General Assembly.

“This feels like a unified church. The assembly conducted business that the church, in general, agreed with,” he said. “For a long time, there were criticism that we had turned the Book of Order into a manual of operations and every time a problem would occur, we would legislate. These amendments do not feel like legislative responses but simply clarification on a few things.”